While topics such as sexual violence have been overused by the extreme right in recent years, many left groups neglected the same issues or reduced their analyses to exposing the extreme right rhetoric as racism. In particular, debates about ,legitimate‘ criticism of Islam or the handling of the instrumentalization of „gender politics” by the extreme right have led to inner-left separations and conflicts. Racism or sexism were often either played off against each other and sexual violence was played down or overemphasized. While some left groups spread racist thought patterns under the guise of enlightenment and emancipation, in other parts of the left a “counter-culturalization of anti-racism” (Perinelli 2016) could be observed.

Questions like what a perspective could look like that addresses both – misogyny and patriarchal violence – without making use of racist instrumentalizations remained largely unanswered; it was too easy to concentrate on the “enemy”. For a long time, also the few critical (feminist) voices that addressed, for example, the global commonalities of patriarchal violence stayed unheard. Left groups not only failed to respond adequately to these right-wing instrumentalizations, for years they also understood the related issues far too little as their own. If groups that take up the cause today had consistently done so over the past few decades, it would not have been so easy for the extreme right to occupy these topics in their interest. Just as the extreme right only dedicates itself to sexualized violence when it can derive racist benefits from it, the left only reacts when right-wing groups take up the topic. As a result, in both cases, “sexual misconduct committed by marginalized ‘others’” (Dietze 2016) serves as the starting point of the different mobilizations. Furthermore, right-wing groups could fill these existing blanks with their agenda and thereby anchor their demands in mainstream political discourse and normalize them as legitimate positions.

In contrast, in July 2020 in Austria a movement was founded that has set itself the task of politicizing patriarchal violence and its extreme intensifications: feminicides. It follows on from the feminist movement Ni Una Menos, which originated in Latin America. Since then, no feminicide has been left uncommented in Austria, instead spontaneous demonstrations – unitl now more than 20 times – have been organized every single time a feminicide became known. To politicize feminicides means to find a practice that makes it possible to to overcome the purely reactive moment and thus gain agency. In the course of this politicization, important feminist debates were initiated – from the entanglements with other ideologies of inequality in capitalism to the question of which improvements would be possible under the auspices of current conditions of exploitation and to whom corresponding demands could be addressed. By answering to every single feminicide, regardless of the respective (origin) stories of the perpetrators, it is also possible to refer to the central commonalities of patriarchal violence and destructive constructions of masculinity across the globe, to counteract ethnicization and to expose the selective right-wing instrumentalizations as racist. 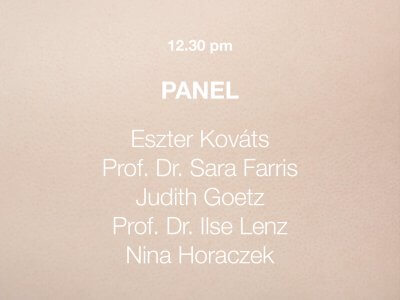 Causes and challenges of the crisis: what is the role of progressive / liberal movements?