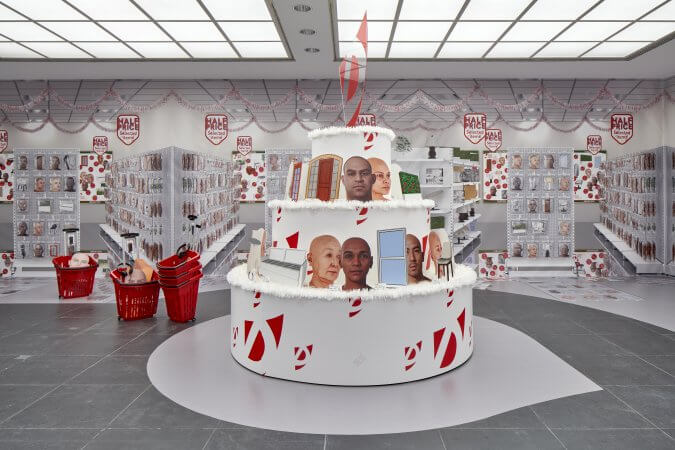 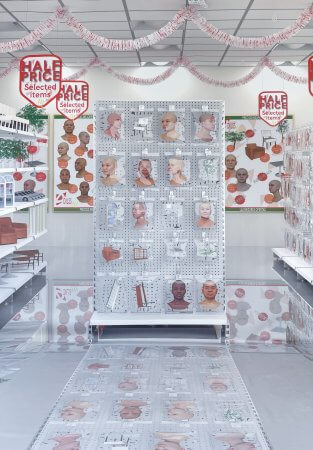 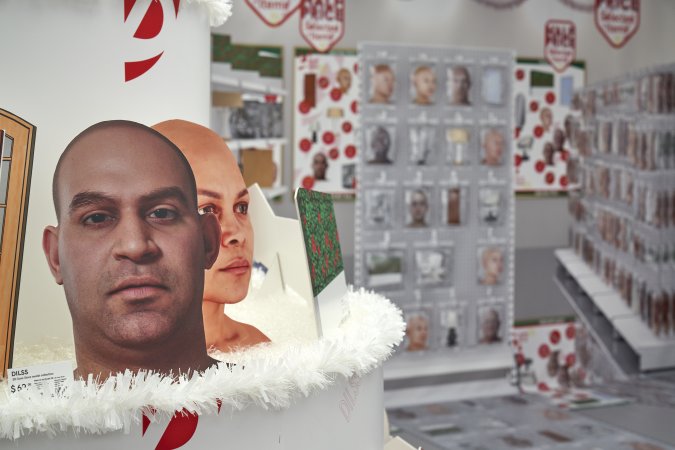 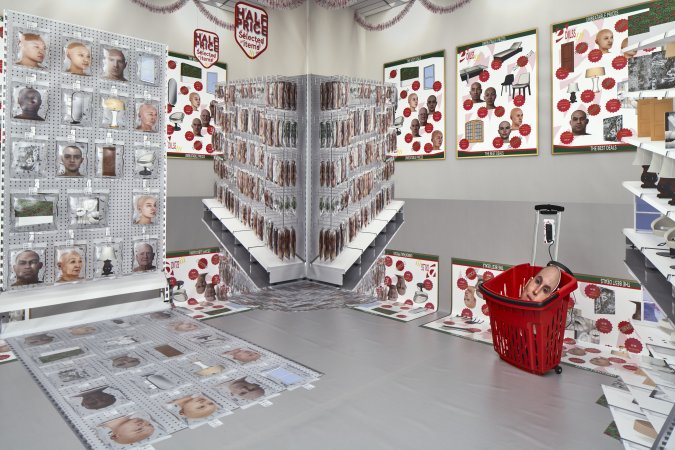 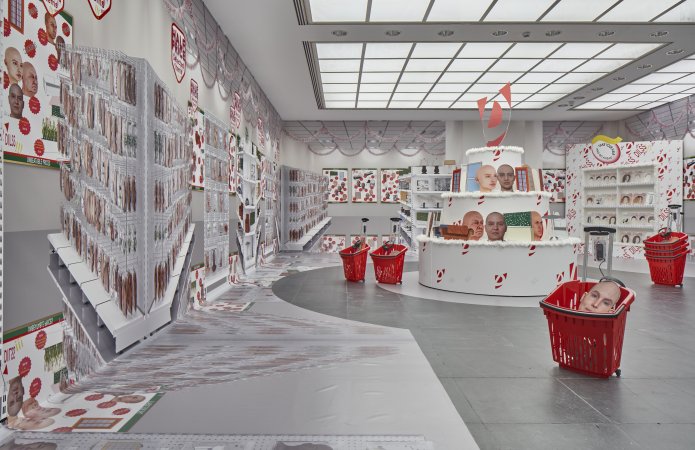 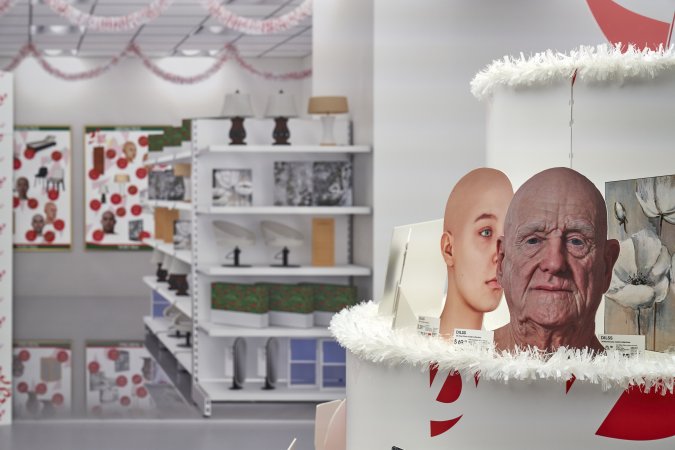 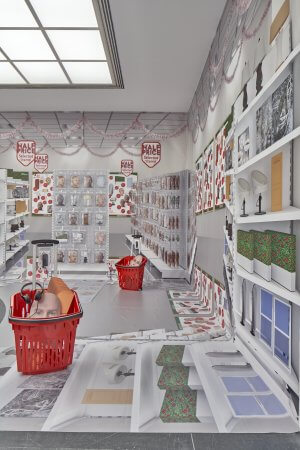 The artist Andrea Muniáin is a trained architect and researcher. Her recent work focuses on the development of prototypes, which she calls ‘bodyscapes’. By means of walk-in sceneries that allow viewers to become part of the installation, she creates scenic narratives that intertwine physical and virtual space. Her installations reveal the repercussions of new digital technologies on subjectivities, bodies, spaces and identities, in the continuous and mutual relationship between the reality of the screens and that of the world.

DILSS. Digital Intercontinental Large Supermarkets is a prototype of a generic supermarket where images of real people are for sale: faces, bodies, fragments of bodies. There are goods on offer, a selection of best-selling bodies, employees of the month, as in any such market. What might seem like a scene from a dystopian novel or a science fiction film – a body store – is nothing more than the physical realisation of online reality.

3dScanStore is one of the many digital platforms where 3D scanned body models, i.e. photogrammetric bodies of real people who have decided to sell their digital body, are for sale. Bodies that, by becoming downloadable models, transfer their specific way of moving as well as their digital agency. What happens when we become downloadable? The marketplace decides how these bodies will move, the landscapes and screens they will forever inhabit. The artist links this factory of identities to another platform, 3Dwarehouse. This platform is a free digital catalogue used by architects and corporations as a design tool for downloading and purchasing modular construction solutions, and introducing them into the real physical space.

‘In theory, the existence of the globally interconnected platform seems to offer a whole range of formal applications. But reality shows that the most downloaded models, and therefore the most used, are the formal manifestation of generic architecture. A digital cut and paste that shows up in the material design. Rem Koolhaas published Junkspaces two years after this digital platform was created. This gave enough time to track the spread of the elements on offer. Doors, windows, furniture, false ceilings. They all look the same. They all spread virally. An effective technique for the creation of junk spaces by means of the digital download. The spam image is to bodies what the junk space is to architectural elements. The body made of plasterboard. A failed universal language? In DILSS, junk-space and spam-image blend to construct a speculative tale of the changing body as it becomes a three-dimensional model. By comparing the photogrammetric body to the modelled architectural element, it manages to reaffirm that the body continually carries all the market connotations that are attributed to the configuring elements of junk architecture. The body resembles a false ceiling. The body is like plasterboard. And in its digital form it is marketed as such.’ Andrea Muniáin

Andrea Muniáin (*1994, Tudela, ES) is an architect who graduated at the University of Alicante (ES) with a multidisciplinary artistic perspective. The development of her practice focuses on the current relationships between digitality, physicality and corporeality. Currently, Muniáin’s work explores, beyond the digital representation of the body, the political component of these same representations. Both as an artist and in her academic work, Muniáin criticizes the current aesthetic practice, analyzing how digital visualization tools enforce an aesthetic that makes all bodies look the same and standardised. This critique highlights the need to find a new body representation beyond the visual practices that currently dominate the image and understanding of the body. Her work is linked to different cultural institutions, architecture studios and universities, including La Casa Encendida, Madrid (ES), Matadero, Madrid (ES), Takk architecture, Barcelona (ES), University of Technology, Sydney (AU), IED Instituto Europeo di Design, Madrid (ES), ELISAVA Barcelona School of Design and Engineering, Barcelona (ES). Today, she combines her material production with her work as a researcher at the School of Architecture of Alicante (ES).