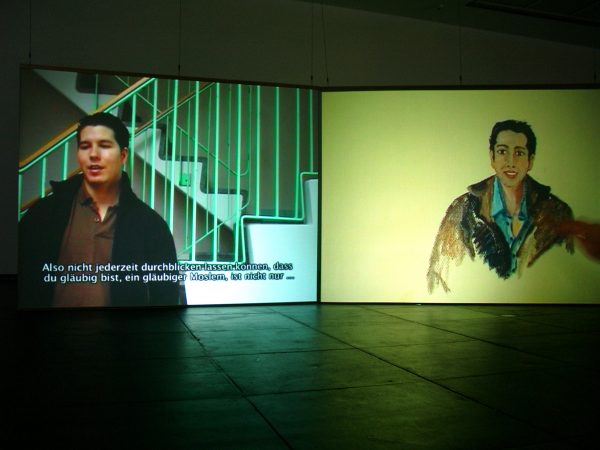 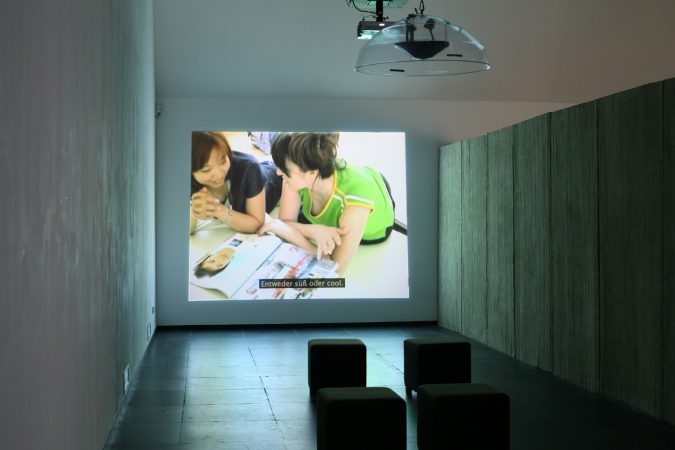 „Ist das Leben nicht schön?“ is the joint title of a group exhibition in four chapters that the Frankfurter Kunstverein presented during 2006. On this occasion, the four artists exhibiting had their first large solo-shows in Germany: Esra Ersen (Turkey), Wilhelm Sasnal (Poland), Arturas Raila (Lithuania) and Tommy Støckel (Denmark). Working with and between the media video, painting, photography and sculpture these artists were in different ways concerned with contemporary social questions, such as cultural homogenisation and the impoverishment of our living environments as consequences of processes of globalisation. During 2006 the four exhibitions have been presented on the first floor of the Kunstverein, accompanied by an extensive program of panel discussions, talks and guided tours.

The first artist in the series was Esra Ersen, and her exhibition was the result of a collaboration between the OK Zentrum für Gegenwartskunst in Linz, Frankfurter Kunstverein and Kunsthaus Baselland in Muttenz.

Esra Ersen belongs to a new generation of internationally active and socially engaged Turkish artists. This exhibition showed eight video installations and a series of photographic works by Ersen, most of which have originally been created site-specifically. For more than ten years, she has brought her camera to many different contexts, which she documents and interacts with. In the Kunstverein works made in Sweden, Turkey, Germany and other countries have been exhibited.
In a very open and straightforward style, Ersen’s works addresses notions of own and other identities, and the structures of prejudices and expectations connected to this pair of concepts. The method of her work is an investigation of the minimal and unconscious structures of everyday social imagination. In these she sees hidden a basis for social structures and relations, and it is the political dimensions of these structures that she is concerned with in her work.

The work “If You Could Speak Swedish…,” for example, is the result of a stay in Sweden and shows an integration program teaching newly registered immigrants Swedish. The film shows the double expectations embedded in the program: not only should the pupils learn the new language, they should also develop a clear understanding of the cultural context and system of values they have entered. In the work Ersen interviews the pupils about what they would like to be able to say, once they have learned the language.

Esra Ersen was born in 1970 in Ankara, she lives in Istanbul and London. She studied Fine Arts at the Mamara University in Istanbul, and did a post-graduate program at the Art Academy in Nantes. Different grants and residencies have brought her to different places in Europe, for example to Sweden and Germany. Ersen has recently distiguished herself with contributions to exhibitions at venues such as ZKM, Karlsruhe; Casino Luxembourg; Rooseum, Malmö; Galerie für Zeitgenössische Kunst, Leipzig; Manifesta, Frankfurt and the 8th Biannual, Istanbul.

On Saturday, May 13, Frankfurter Kunstverein was pleased to announce a workshop with the Istanbul-based artist group Oda Projesi.

Stefan Warschke, a student at the HfG in Offenbach, collaborated with the Frankfurter Kunstverein for the exhibition design of the Esra Ersen show. 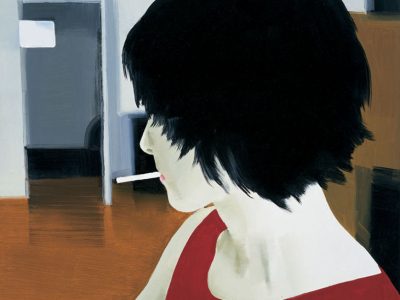 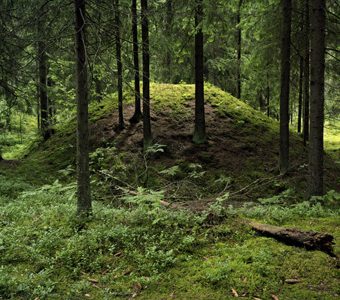