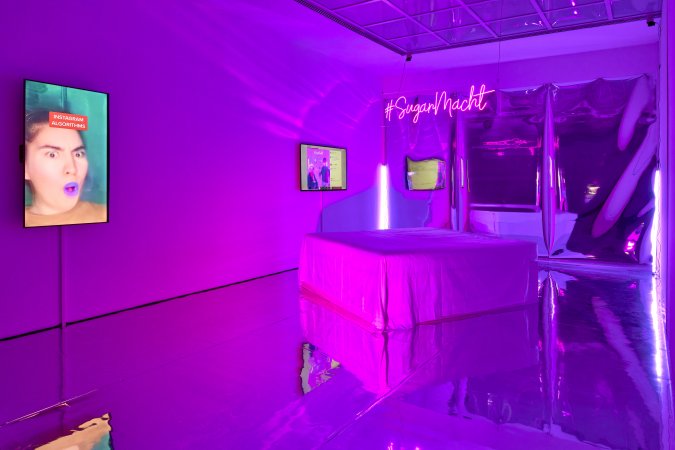 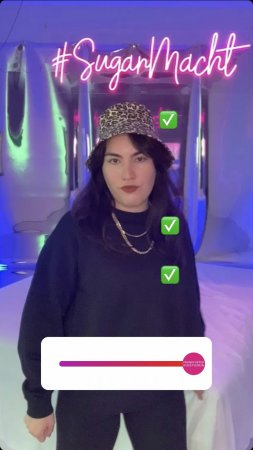 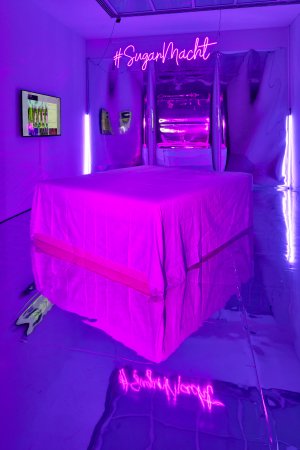 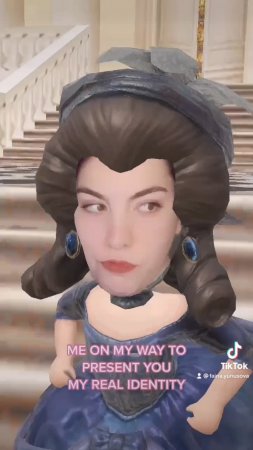 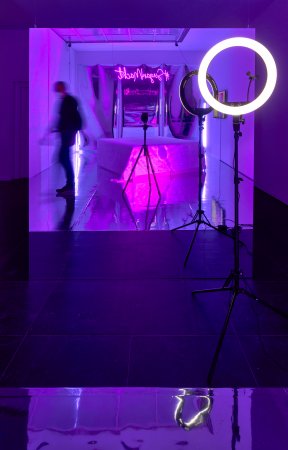 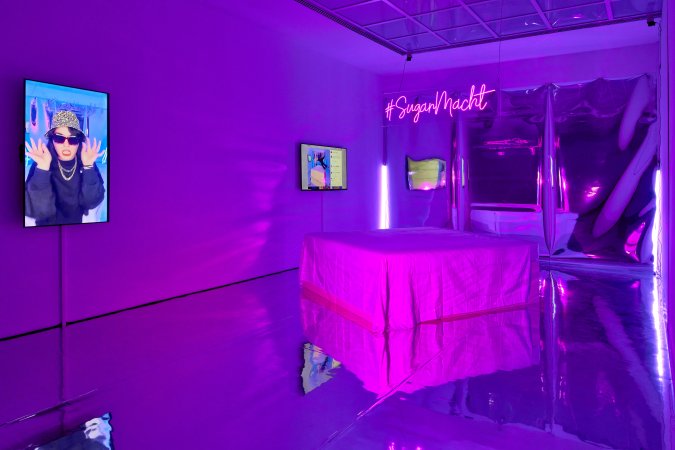 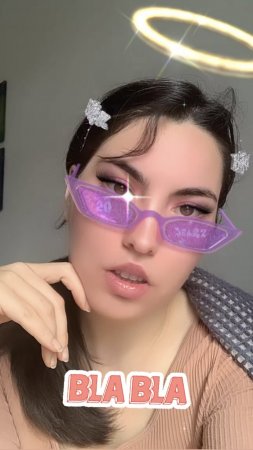 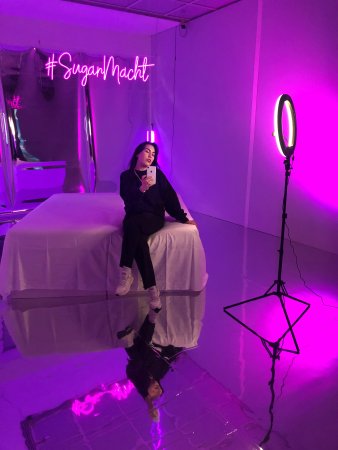 Faina Yunusova is concerned with the conventions of the internet and the emergence of communities that contribute to the collective construction of digital phenomena. She identifies and uses as many as possible of the factors that in social media generate success and high user numbers.

The digital performance #SugarMacht created for the Frankfurter Kunstverein begins on Instagram and finds its extension in the exhibition space. Yunusova cites a variety of currently successful aesthetics that can be seen as a backdrop for self-staging in social media. The purple light, the ring light for better self-portraits, the intimate atmosphere of a bedroom. The bed stages a supposedly private sphere of the artist that only serves to present herself to the public. The neon writing hanging from the ceiling with the hashtag #SugarMacht is an invitation from the artist to the visitors to participate in the performance and become part of her work.

The first screen shows a compilation of content produced and posted by the artist herself. Here, Yunusova stages herself as an influencer who performs TikTok trends, thus inviting the audience on site to participate and imitate her. Instagram and especially TikTok reinforce the practice of remix. Mashups and challenges are generated based on the repetition and interpretation of others’ specifications. Her mise-en-scène is a fake, practiced as a convention of online self-representation. The artist uses her body as a placeholder for collective imaginings, but through a variety of filters, music and comedic dislocations it is used as a staging of a digital person.

The space visible in the digital presentation and potentially misjudged as reality is actually entered by visitors to the exhibition and thus made usable again as a backdrop. Yunusova creates a loop of self-reflection between digital and analogue, in which the staged space is not only viewed via the mobile phone interface, but is offered as a real stage on which the visitors now also perform themselves. If you post a picture or a video on Instagram under the hashtag #SugarMacht, you become part of the installation – the audience can view themselves in real time on a screen that is connected to the internet and randomly displays posts that have been shared under the hashtag.

Through her own language based on dancing, music and self-parody, the artist shows the playful nature of social media (#Sugar) and reveals how the spread of trends builds collective identity, actively and increasingly merging an online community. Simple interaction mechanisms of social media are revealed. What appears banal suggests the dependence on self-dramatisation and the power of mass production in the making of content that can result from the use of social media (#Power – in German #Macht). Those who define themselves as influencers and believe they have power to “influence” people are themselves influenced by the mass culture of others. Thus, the hashtag #SugarMacht indexes the ambiguity of social media.

Faina Yunusova (*1991, Tashkent, UZ) currently lives and works in Offenbach am Main (DE). Her work explores digital presence on social media and the creation of virtual identities. She has been studying at the Hochschule für Gestaltung Offenbach (DE) since 2017. She previously studied at the Stroganov Moscow State Academy of Arts and Industry in Moscow (RU) before being expelled from the university for her internet activism. Among others, Faina Yunusova has exhibited at the following institutions: Basis Projektraum, Frankfurt am Main (DE), Rumplmayr Neukirchen, Sägewerk, Neukirchen (AT), Academy for interdisciplinary processes, Offenbach am Main (DE), Zwo Gallery, Vienna (AT). 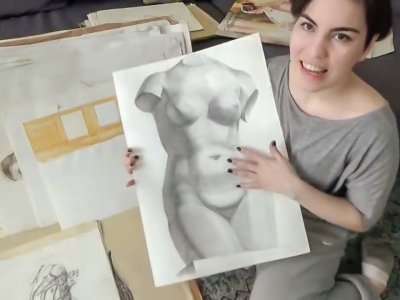