Fifty years after the most important achievements of the feminist movements, women’s rights continue to be subjected to political and cultural pressures. Contemporary to the rise of radical conservative parties and leaders, in many Western countries political agendas focused on the promotion of the “natural” family spread, accompanied by revisions of rights such as abortion, protection from domestic and social violence and access to assisted reproduction technologies.

This year alone, in the middle of the Covid-19 emergency, Poland’s far-right government decided to restrict the right to abortion and began an official path to withdraw the country from the Istanbul Convention, the international agreement to prevent gender-based violence. The same happened in Turkey, where the President Recep Tayyip Erdoğan pulled the country out from the treaty, ratified in 2012, by saying it was incompatible with Turkish social and family values.

Far from being confined to national contexts, these events are the most visible part of a more complex phenomenon in which “family” and women serve as symbolic glue for the creation of new political and economic alliances. In recent years, researchers and journalists from around the world have shed light on the emergence of a transnational movement of ultra-conservative actors that bring together civil society organizations, academics, activists and religious groups and operates at various levels of global society. Born from civil society to defend a traditional family model against a liberal interpretation of human rights favoring women, children and homosexuals, this network has today become an internationally financed political entity giving ideological coherence to the project of the global far-right and contributing to the politicization of national and international debates on women’s human rights. A prominence made possible above all thanks to a change in the linguistic, iconographic and operational strategy that these movements have implemented, making formally fundamentalist positions mainstream, with important repercussions for democratic pluralism and the civil coexistence of all. 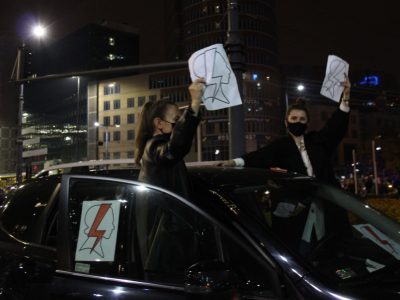