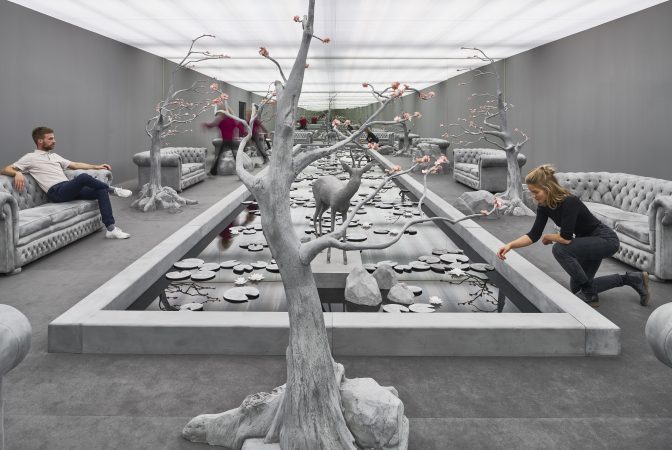 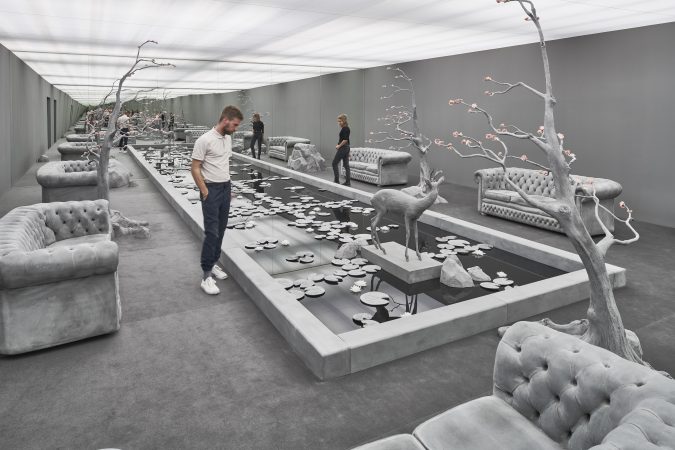 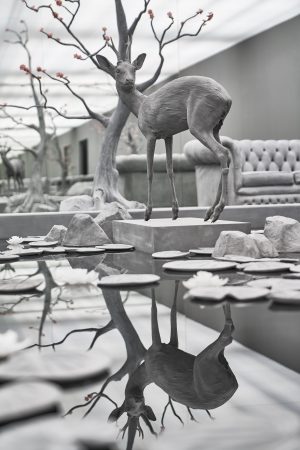 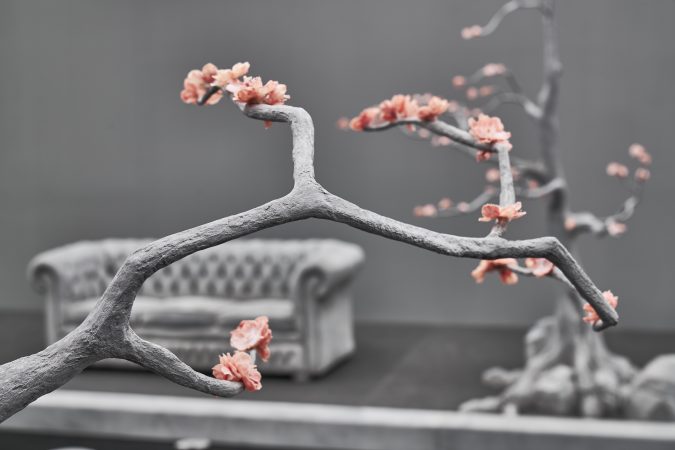 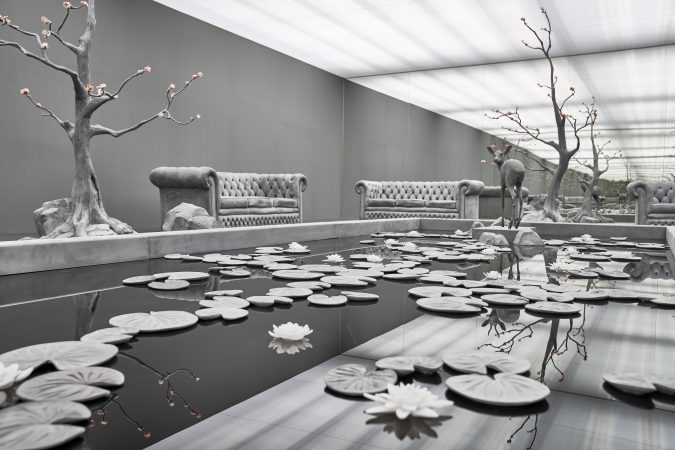 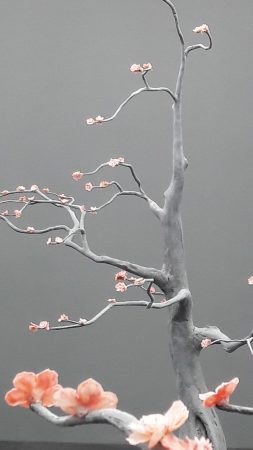 “The Garden Room” is an installation by Hans Op de Beeck (*1969) especially produced for the exhibition – an immersive space that transports the viewer into a fictive parallel world by entirely analogue means. Op de Beeck produces a room in a room, a lifelike world crafted in monochrome grey. An artificial water basin, plants, divans, and figures are all on view. The basin defines the space; its water has frozen into a glassy, black, reflective surface. The objects and figures in the installation are true-to-life reconstructions, precise reproductions of real existing things and life forms. Yet immobile, everything living seems frozen and lifeless, everything opaque and grey. The light here casts no shadows. The room’s grey recalls the graphite of a pencil: the draughtsman’s tool for spellbinding reality to a piece of paper.

Op de Beeck transports the viewer into a virtual reality, a parallel world. His environments, however, are hardly reconstructions of reality, but rather representations of interior associative worlds, where the visitors move around the frozen figures. One could speak of an animated still life, an image where work and viewer become one, occupying the same unit of time for the duration of the encounter. The artist devitalizes both image and figure. They are colourless shells frozen in a seemingly lively movement. Mirrored walls expand the real space into a constructed infinity. With everything else poised in sculptural rigidity, it is only the viewer who navigates this “hortus conclusus” as if through a condensed space of memory.

The artist brings to life an artificial, immersive space all without the use of VR technology. The objects are three-dimensional still lifes whose motifs are both the absence of time and the way it stands still. The viewer impinges on this world and breaks the illusion through their reflections in the mirrors. In this artificial illusion, the viewer’s physical body encounters the frozen materiality of the sculptures. Life and timelessness confront each other in a three-dimensional backdrop for memories and dreams. Op de Beeck’s sculptures and installations are landscapes you can enter, artificial backdrops for an encounter where the viewer moves as though in a timeless photograph or drawing.

Brussles-based artist Hans Op de Beeck, completed his studies in Visual Arts at the Higher Institute of Sint-Lukas in Brussels (BE) as well as the Higher Institute of Fine Arts in Antwerp (BE). His education was completed at the Rijksakademie in Amsterdam (NL). He is part of the internationally acclaimed art scene. His work was presented at the Venice Biennale (IT), at the Tate Modern, London (UK), and at the Shanghai Art Museum (CN).