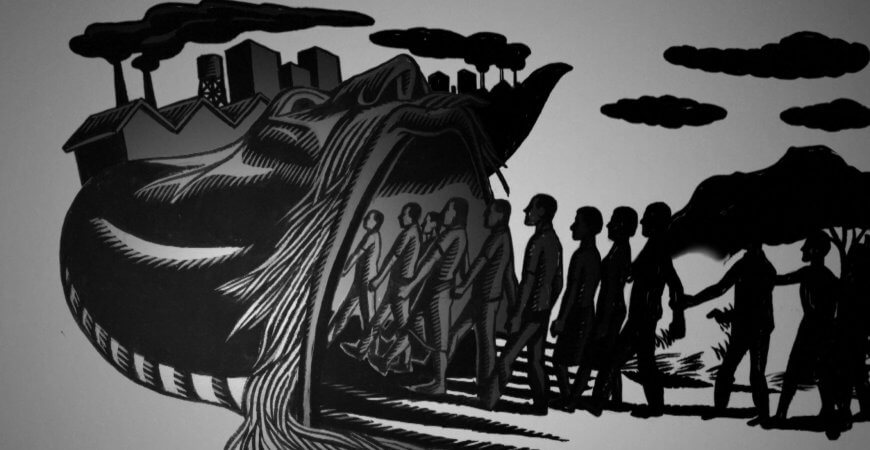 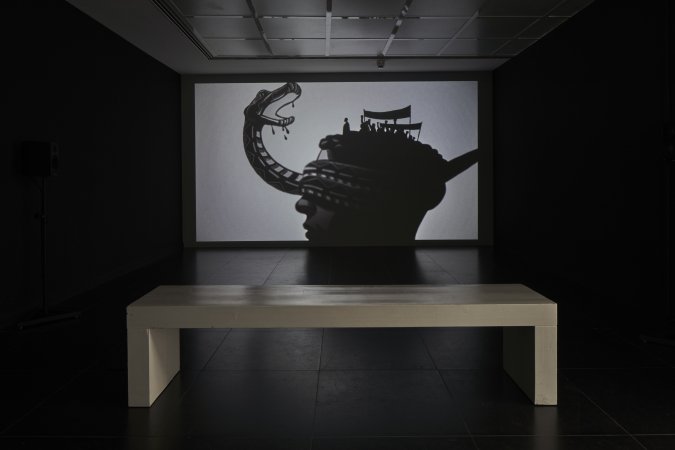 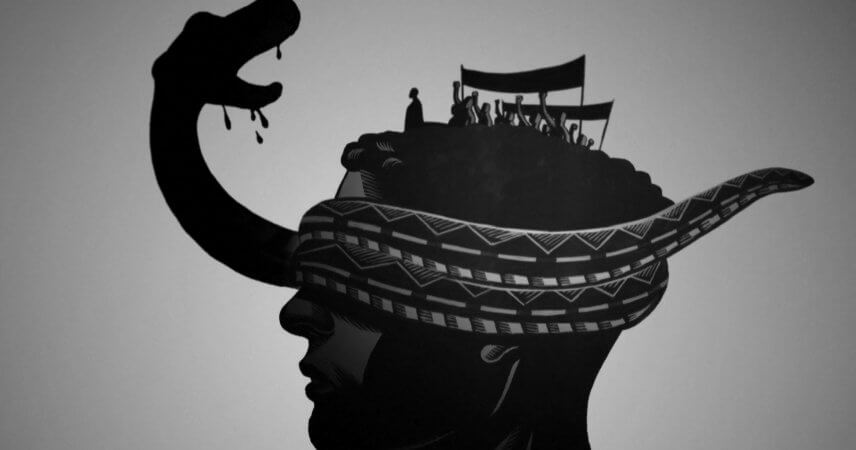 Paloma Polo, What is thought in the thought of people, 2015, film still, ©the artist , Courtesy: the artist 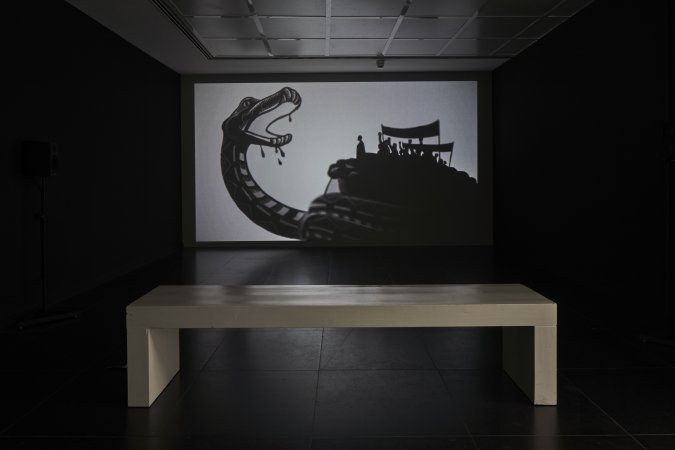 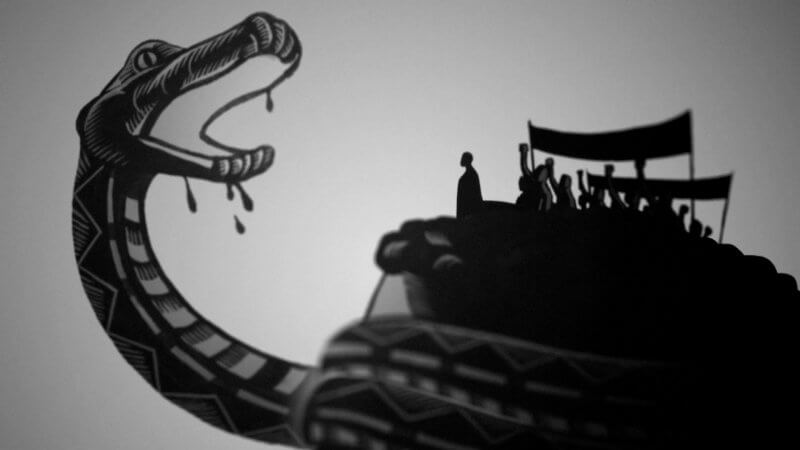 Paloma Polo, What is Thought in the Thought of People, 2015, film still, illustration: Leonilo Doloricon, ©the artist, Courtesy: the artist 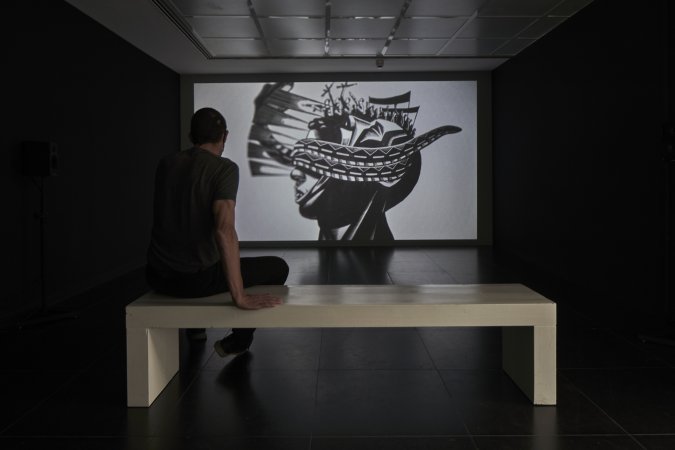 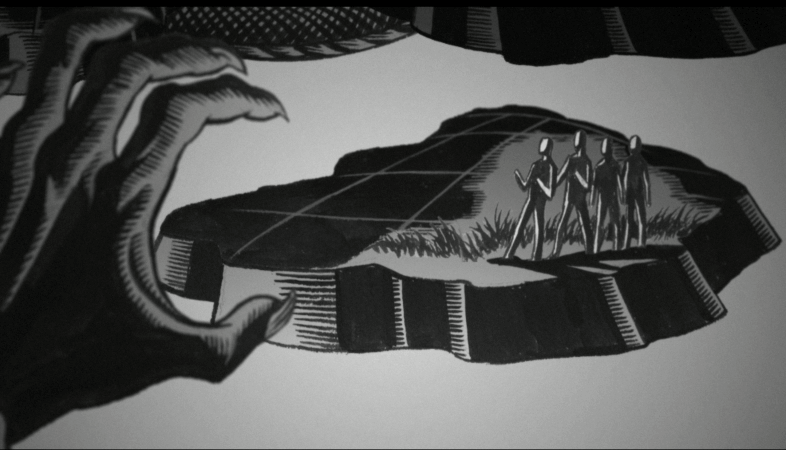 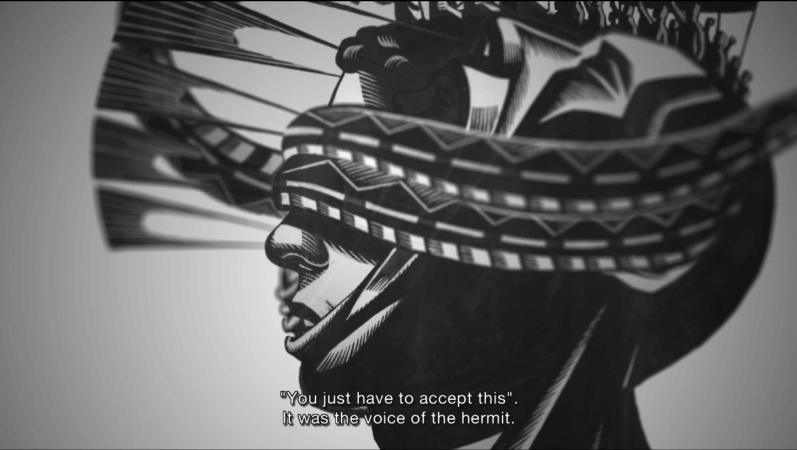 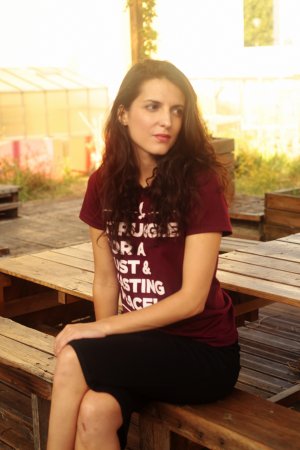 What is Thought in the Thought of People, 2015
Video
17 min
Courtesy the artist

A story for the revolution

The archipelago of the Philippines, a Southeast Asian country of more than 7,000 islands named after monarch Philip II, was under Spanish rule for nearly three centuries, from 1517 until the outbreak of the US-supported Philippine Revolution. After the Spanish-American War, Spain lost its last colonies: Cuba, as well as the Philippines, Guam and Puerto Rico, the latter two becoming dependencies of the United States in 1898.

Paloma Polo has an in-depth knowledge of the Philippines, where she has lived since 2013. After an initial investigation into the land ownership claims of indigenous communities, she observed how initiatives led by civil society organisations and marginalised communities were violently repressed. She became personally involved with the reality of a country marked by the confrontation between the government and the New People’s Army (NPA). The NPA is the armed wing of the outlawed Communist Party of the Philippines, operating underground, whose objective for more than five decades has been, in the artist’s words, ‘emancipation, social justice, the implementation of new socio-political, cultural and land protection models’. The result of her living together with these guerrilla units is the film El Barro de la Revolución (The Mud of the Revolution), two hours of filmic material that, without interviews or voice-over, is closer to direct cinema than to conventional documentary.

Based on this deep knowledge of the territory, Polo has worked with socially committed Filipino artists who, like her, reflect on the problematic links that arise when art is placed at the service of politics in the context of revolution. Out of this concern comes the film What is Thought in the Thought of People, a hybrid narrative of fiction and documentary about the history of the country’s indigenous communities.

The film picks up two strands that interweave with unexpected fluidity and naturalness, given the difference in languages: on the one hand, there are the landscapes filmed with cool distance by Polo; and on the other, the iconic animated illustrations by Leonilo Doloricon (Surigao del Sur, Philippines 1957). In between, a voice narrates a local story that has been passed down by oral tradition. The Serpent descends to earth, in an allegory that responds to mythical realities linked to the territory and to times that overlap up to the present. The original tale comes from around Casiguran, in the northern Philippine province of Aurora, where indigenous peoples, migrants and fishermen face displacement from communal lands and waters imposed by the authorities’ plans to establish a free port in the area.

Doloricon, an artist committed to the people and linked to the tradition of social realism in his country, works, in his own words, with ‘symbols close to the experiences of the people and their heroic representation as a decisive force for social change. The search for impactful communication is important when trying to influence or raise public awareness on issues that can mobilise people and promote the assertion of their rights against oppressive powers’. The work has arisen as a collaboration between two artists who wish to create a story of resistance and respect, and hence a complex revolutionary story.