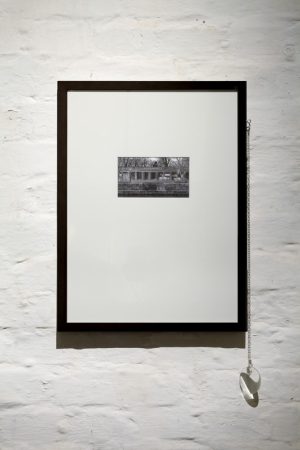 Edition 2, series of 13 prints, 2 of them for the Frankfurter Kunstverein

Behind the name IC-98 stands the artist duo Visa Suonpää (born 1968) and Patrik Söderlund (born 1974), who will represent Finland at the Venice Biennale 2015. Many of IC-98’s works revolve around social-utopian architecture and its transformation over time, often from the perspective of a very large historical gap. Their video animation “A View From The Other Side” (2011) portrays the history of a controversial public building in Turku, in southern Finland. Built in the early 19th century on the model of the ancient Greek portico Stoa, it assumed many social functions over time and was left to decay for a number of years. Based on this changeable history and the idea of the Stoa as a popular public meeting place, IC-98 composed a virtual journey through time through the different phases of the building, which also captivates the viewer with its accompanying musical composition.