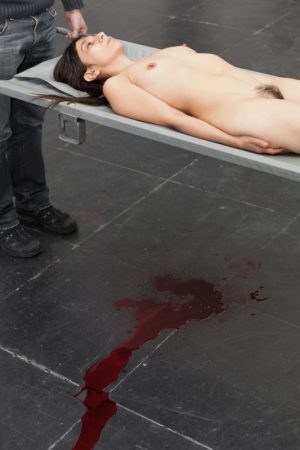 In her performance ”Secreto de Estado“ (State Secret), Regina José Galindo is articulating doubts about what we believe to know. In it, she is using her body as a metaphor for a political corpus: it reveals itself to the audience and consequently to the public. However, what we see is merely an enactment and the visible deviates from the reality of events. ”Secreto de Estado“ is an allegory of our perception of political conditions, which potentially entails false conclusions and consequences.