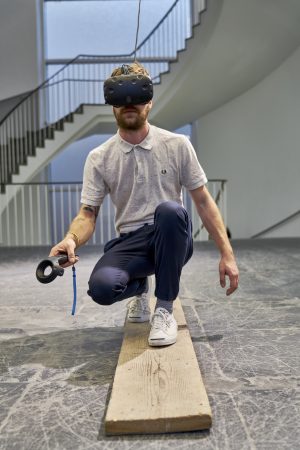 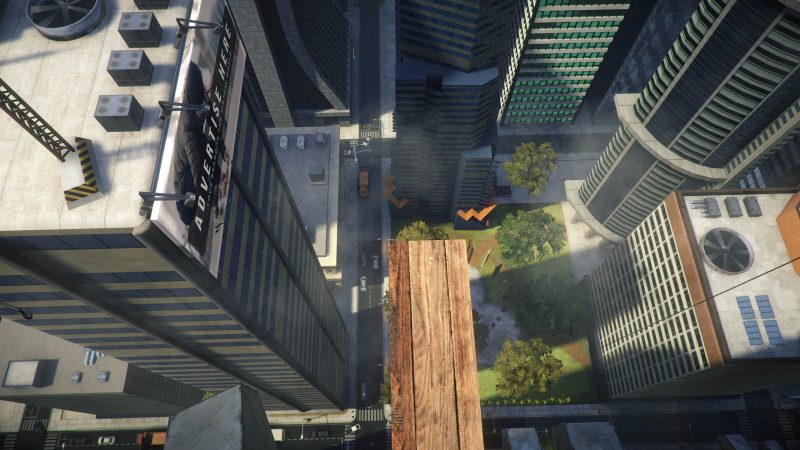 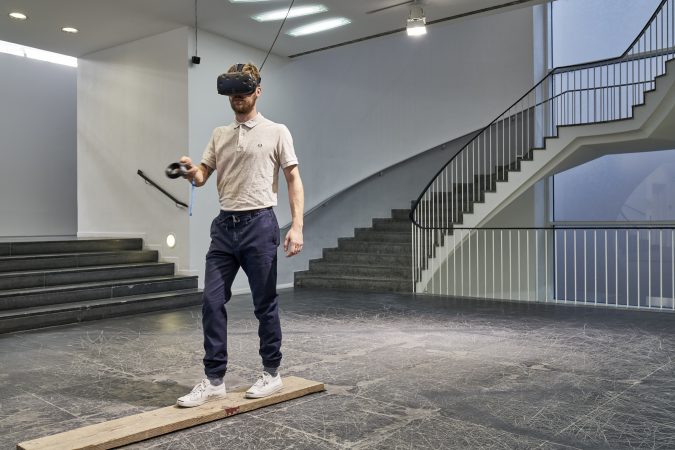 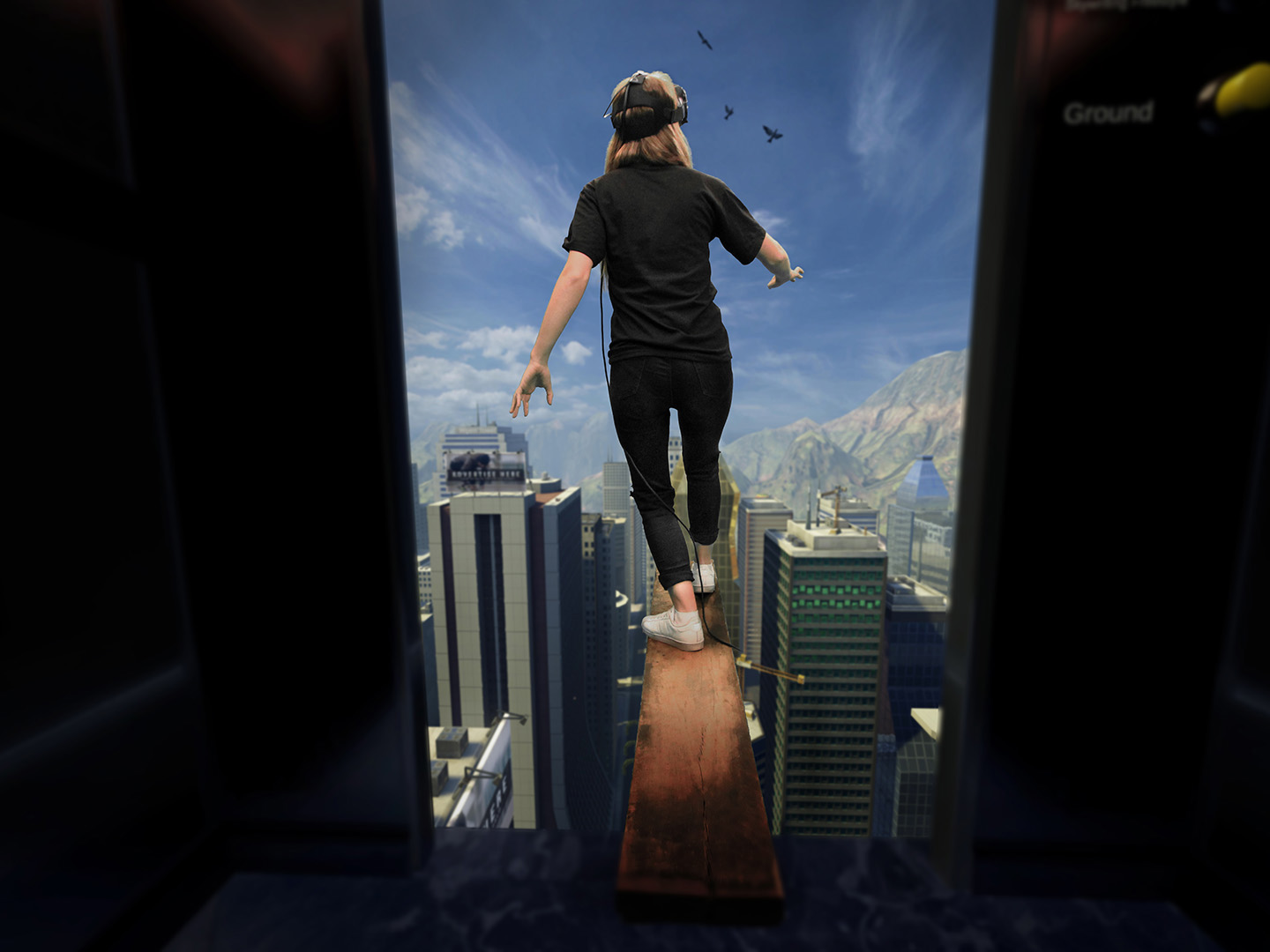 The virtual reality game “Plank Experience” by Toast takes the mind/body split to the extreme. Using VR glasses, exhibition visitors once again find themselves in a big city. This time they enter a virtual elevator whose door opens onto a skyline 160 meters up. This is where the parallelism begins. Within the virtual space, the user is challenged to balance above the depths on a wooden plank. In the real space, the visitor can feel a board under their feet and physically sense wind from a fan.

The viewer knows it’s an illusion, and yet in that moment the brain and body still react with a fear of heights. The digital world triggers the same bodily and mental reactions as the corresponding experience in the analogue world. As a result of its lifelike simulation, the game is also being used in therapeutic applications to overcome acrophobia. The degree of naturalism is relatively high in the “Plank Experience”, but experience with VR technology has also taught us that the brain needs only a few factors to accept a simulation as real. Reason is outwitted, reality replaced by illusion. Constructed experiences arise that trigger intense emotional and physical reactions in the viewer and, according to neuro-scientific studies, these establish themselves in memory as being real.

Given that the brain experiences perceptions in virtual space as real and subsequently stores them as ‘real’ memories in long-term memory, one can’t help but pose several questions about the profound social changes such technologies might effect in the future: Will people become predominantly active in a non-analogue world given the growth of VR technology? What relationship will the virtual environment have on the real one? Will individuals see their actions in the digital sphere as useful and practical extensions of those in the real world, or will they seek to escape into a world of illusions? What will happen to the idea of the political body in public space? And who will ultimately preside over these technologies, these instruments that can influence people’s emotions and opinions so strongly? Will it be possible to develop a counter-culture or a pragmatic technological culture in virtual space, or will it be just as heavily regulated by global corporations?

Toast is the name of the Australian game developer team, consisting of Richard and Toni Eastes. Their Virtual-Reality-game “Plank Experience” was released in 2016 and is their first mutual game concept.