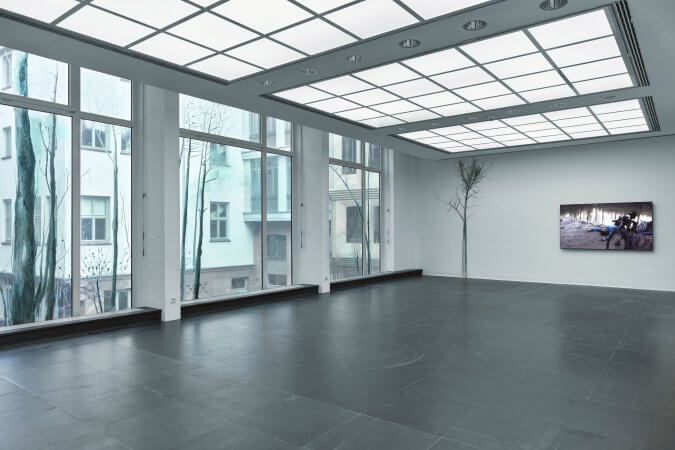 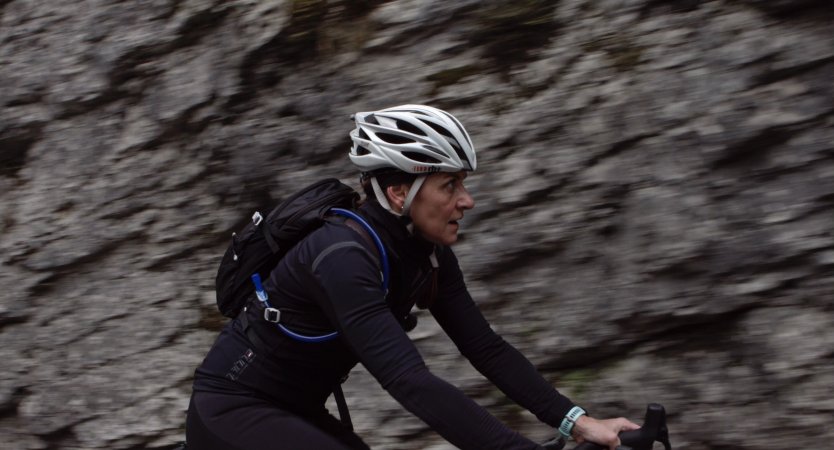 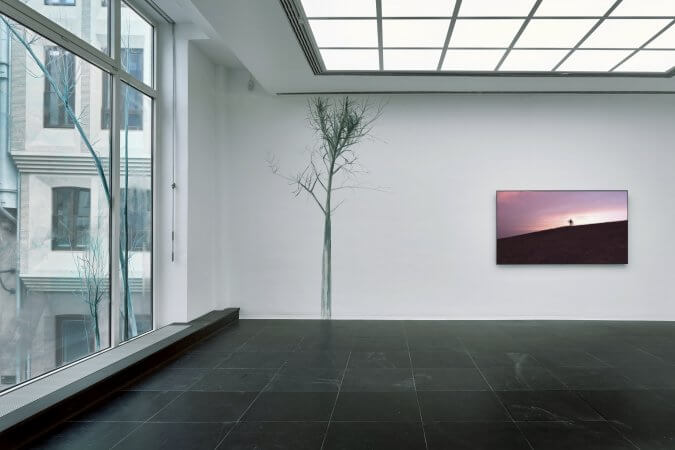 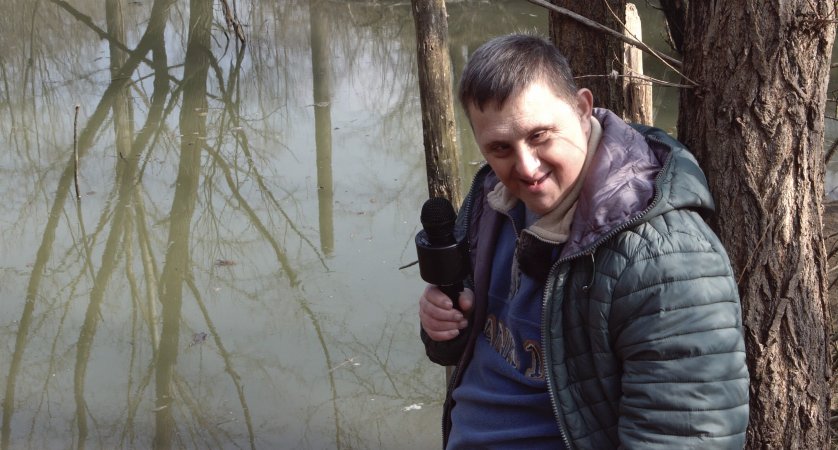 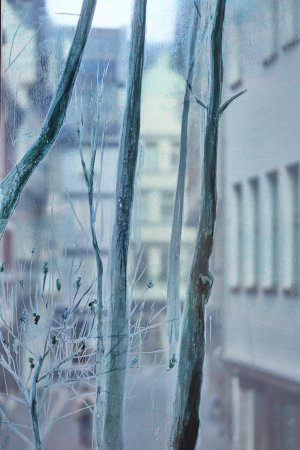 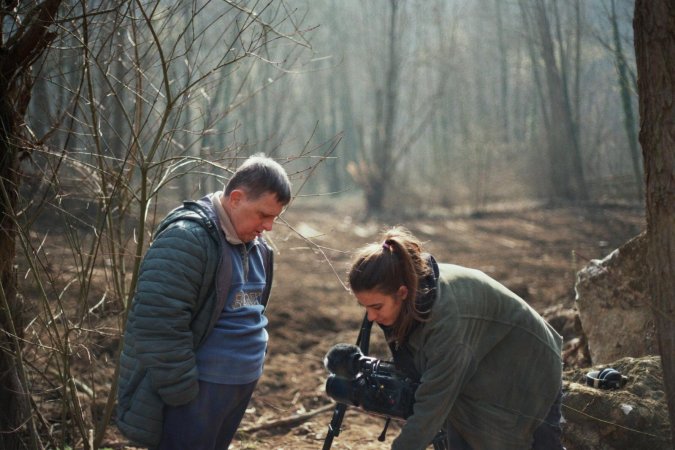 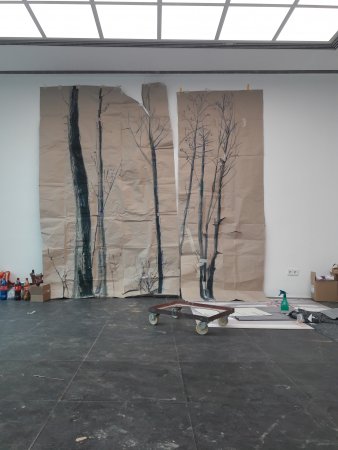 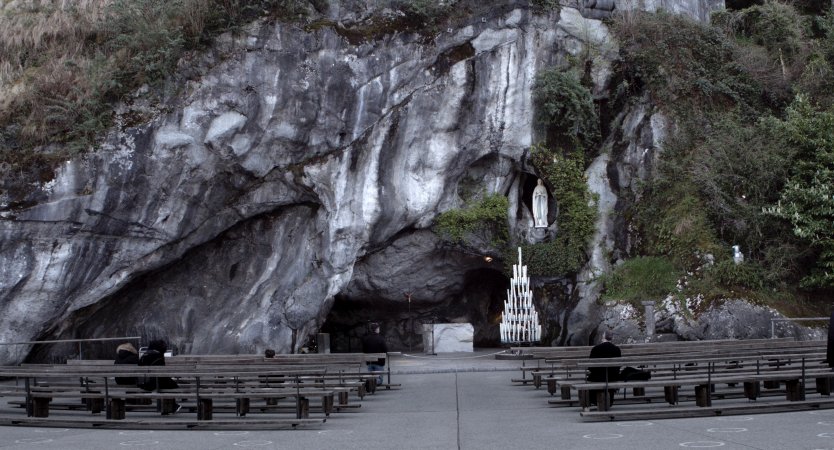 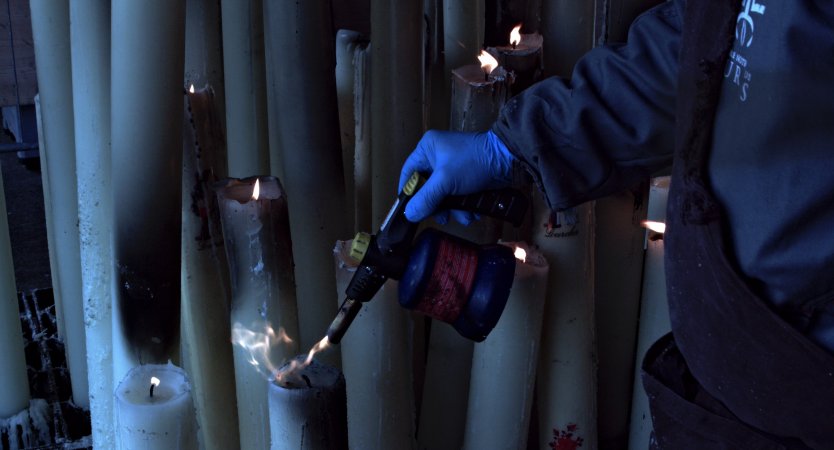 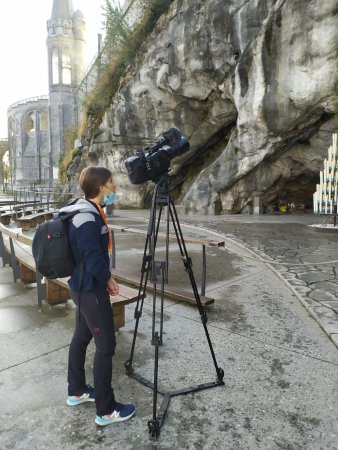 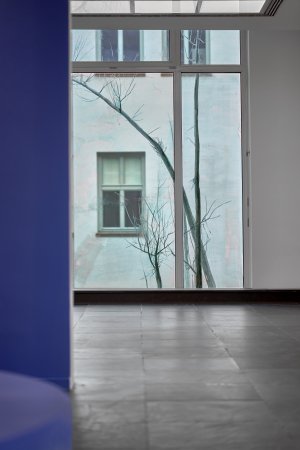 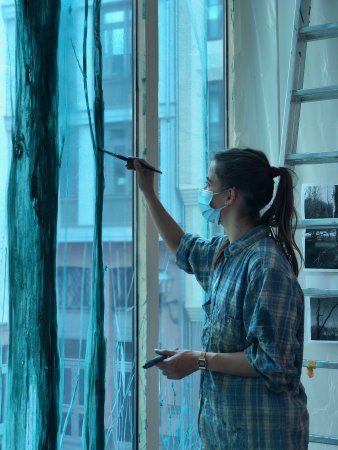 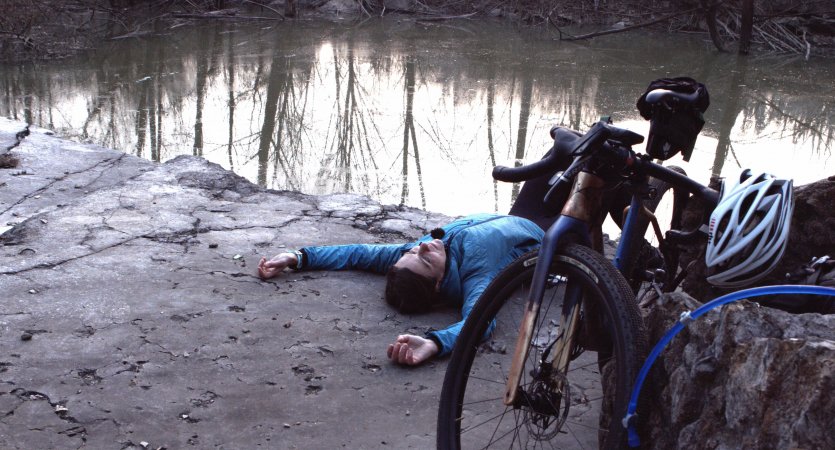 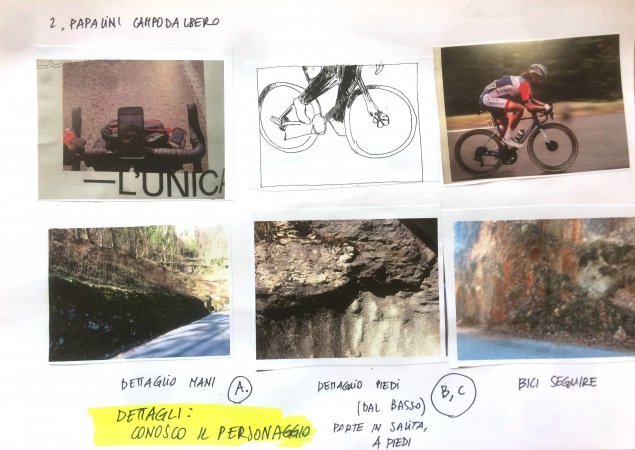 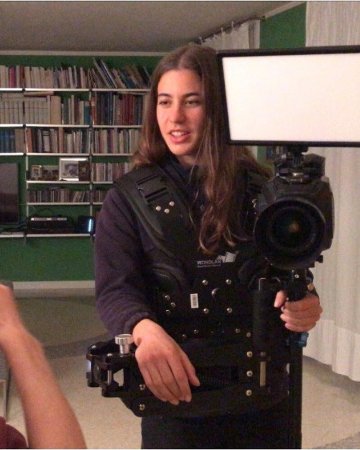 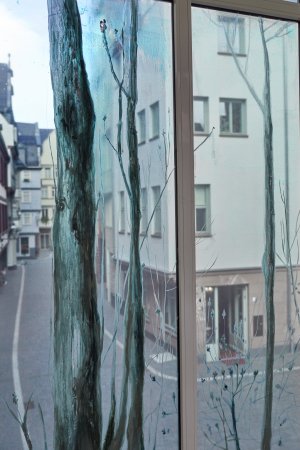 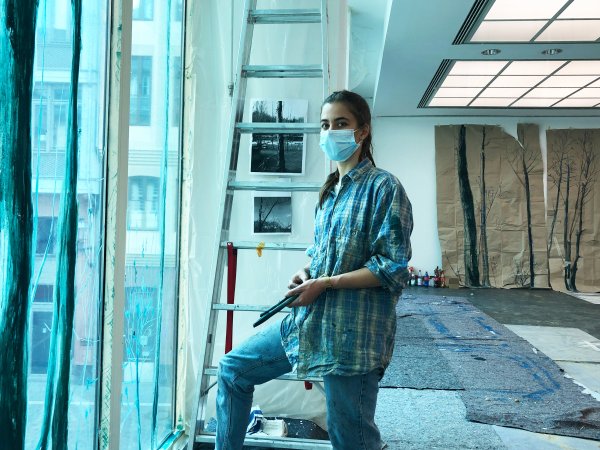 Agnese Galiotto is a filmmaker and painter. For the exhibition at the Frankfurter Kunstverein, she has produced a new film that traces the inner and outer world of a subject named Claudia. Claudia lives in the northern Italian region of Veneto. In the 1930s, in the mountainous landscape of her home town of Chiampo, a monk and sculptor created a faithful reproduction of the grotto and the statue of the Virgin Mary at Lourdes. A strong Catholic faith and the veneration of the Madonna deeply shape the culture of the region to this day, as it does the image of women and the concept of family as a task of self-sacrifice. At the beginning of the film, the off-screen voice, which is the voice of the artist, introduces the connection between the original grotto in Lourdes and the replica in Chiampo, which is closely linked to her own family history.

Claudia is the artist’s mother. As in previous works, she deals with people from her immediate environment, but always maintains an observationally neutral gaze. Claudia’s story is marked by the responsibility she had to assume for her brother at an early age. He was born with a disability for which his parents repeatedly prayed to Our Lady for healing during numerous pilgrimages. They made pilgrimages to Lourdes. The connection between their village and the French place of pilgrimage determines the identity of the family as well as the entire region.

We see Claudia today, as a grown woman, training in a wintry landscape. The cycling marathon, in which riders are again and again pushed to the edge of their physical limits over several days, has become an essential part of her life in recent years. We hear Claudia’s voice, hinting at her youth and what her close bond with her brother meant for her own identity. The film’s images situate the voice in a deserted, vast and silent mountain landscape, where Claudia encounters nature by day, by night or at sunrise, alone, with only her bicycle. The artist directs her reserved and observing gaze at Claudia’s physical endurance and mental concentration. For days, she accompanied her lonely ride in the seclusion and silence of the mountains with her camera. She succeeds in creating a dense and concentrated mood through the images. The protagonist is part of a remote landscape harshly depicted, baren in winter. Claudia moves alone in nature, an experience through which she has learned to feel herself again. The film overcomes the biographical incident and draws the archetypal figure of a person who encounters herself in the vastness and silence of nature.

The artist does not reveal much about her family background. But we get a glimpse of how strongly societal expectations determine a biography and how much effort it takes to create space for oneself through the brief and only hinted at portrayals of the two voices, her own and that of her mother. With delicate colours and few gestures, the film tells the story of a transformation.

Galiotto extends the visual space of the film into real space by translating the wintry tree silhouettes and bluish colours of the film onto the windows and wall of the Frankfurt Kunstverein. Sunlight penetrates through the painted branches as it does through the woods and nature in her film, which is on the verge of the transformation of springtime. It is this transparency that she seeks and which enables her to still leave the world behind clearly visible through painting. As a trained painter in the fresco technique, Galiotto has tackled the challenge of stained glass for the first time. In order to achieve the water-like colours and translucence with sparing application of paint, she has developed a specific colour material with traditional pigment manufacturers from Italy. Deliberately making delicate interventions with her painting, Galiotto chooses not cover anything, but to create an additional layer and thus change the way we look at it. This carries over from her painting to her film work. As in previous films, Galiotto observes the people close to her in search of who they are and where they come from.