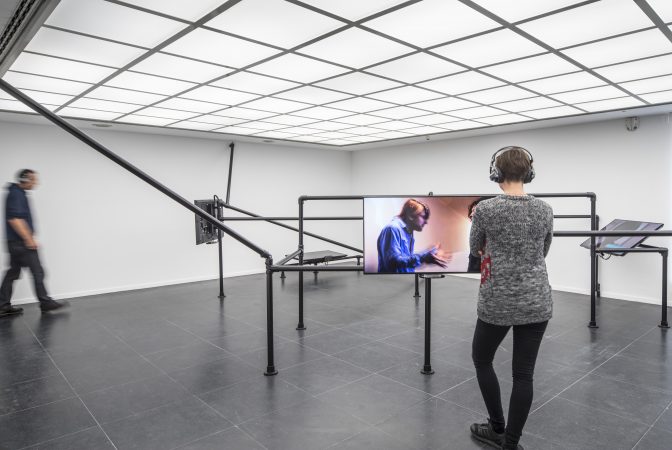 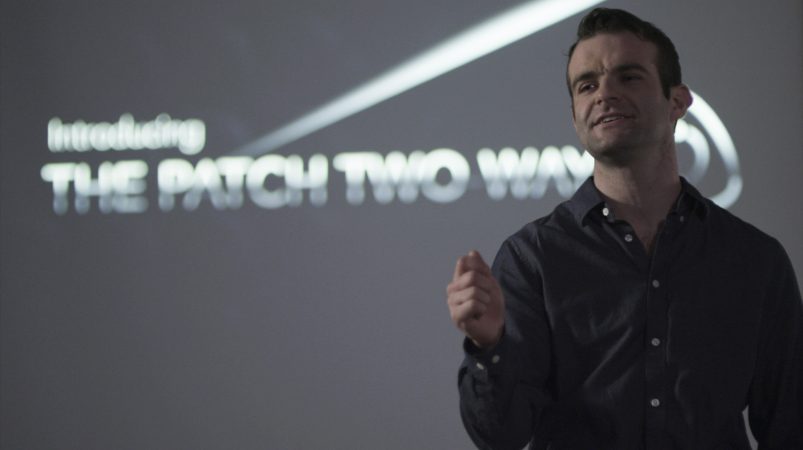 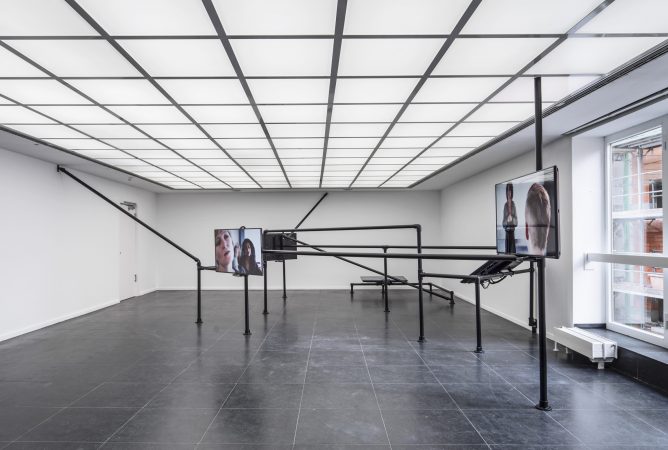 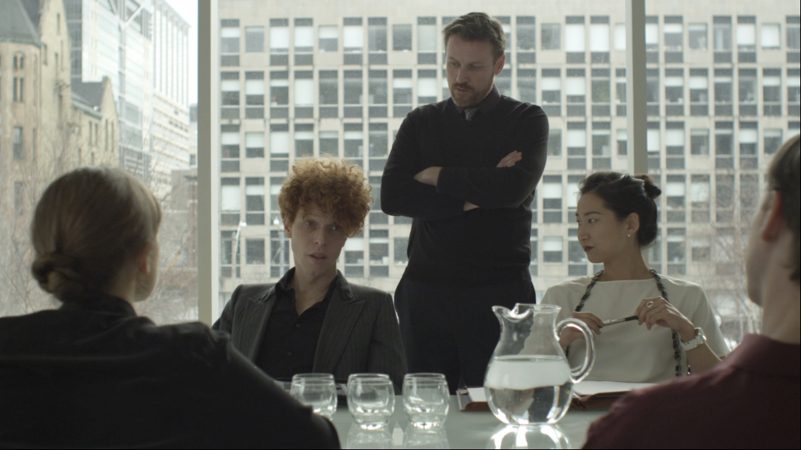 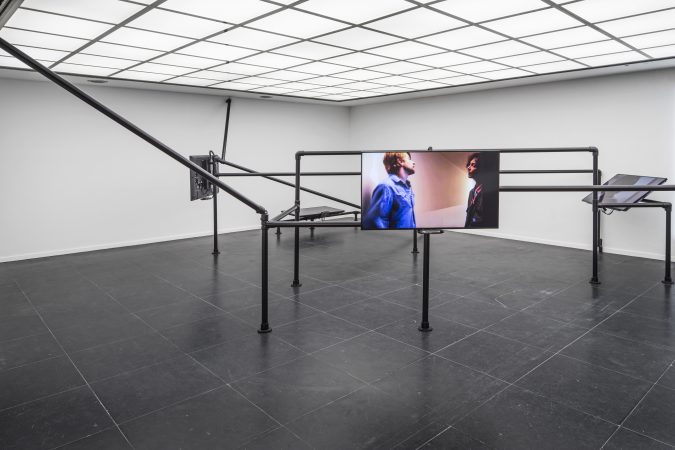 Melanie Gilligan’s video installation presents the first three episodes of her three-part sci-fi mini-series “The Common Sense.” The storyline revolves around a technology simply called Patch. Placed on the roof of the mouth like a throat lozenge, it establishes an empathetic connection to other people, making it possible to directly experience their physical sensations and feelings. In Gilligan’s version of the future, this fictional technology, whose principles recall an economy of sensations of today’s social media platforms, has been around for a decade. During this time, it has drastically altered the relationship between the individual and the collective. Participation in one of the communities created by Patch, whose technology also serves as an instrument for control and surveillance, has become a prerequisite for an individual’s economic and social existence. In the first scene, promotional films dating back to the first generation of Patch are being shown to a school class to help foster an understanding of the vision behind the new technology. As the episodes progress it becomes clear that the new form of interpersonal relation has in fact lead to harmonious co-existence in several situations. It is, however, not possible to separate the newly formed human community from a form of capitalism that preaches self improvement and ensures social control through absolute transparency. The individual, as part of a social body, thus becomes conditioned to physical productivity and mental efficiency. Gilligan scrutinizes the opposition between a negative view of individualism and a positive reaction to collective behavior that results when a community exists to serve the purposes of an economic system. Gilligan’s utopian vision offers an extreme portrayal of social interaction’s transition to a virtual world and shows how vulnerable this development is to commercial exploitation. With the scenario of a deep and persistent interpersonal connection, the artist examines how coexistence is formed and what status individuality and community are given in the process.