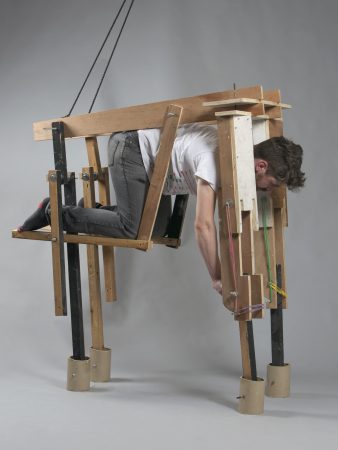 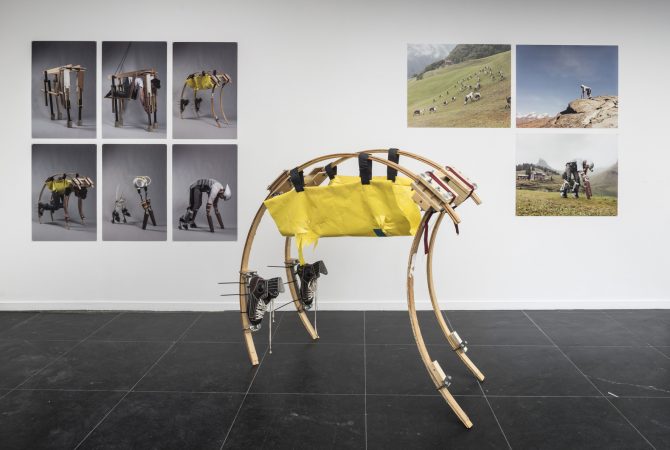 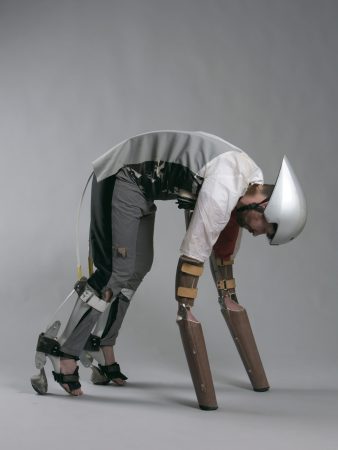 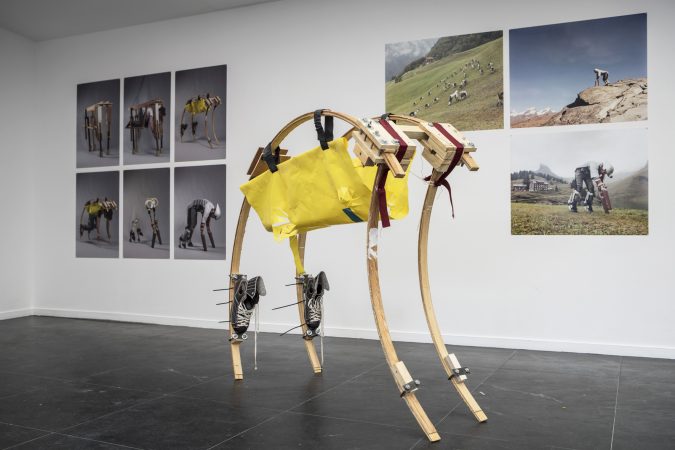 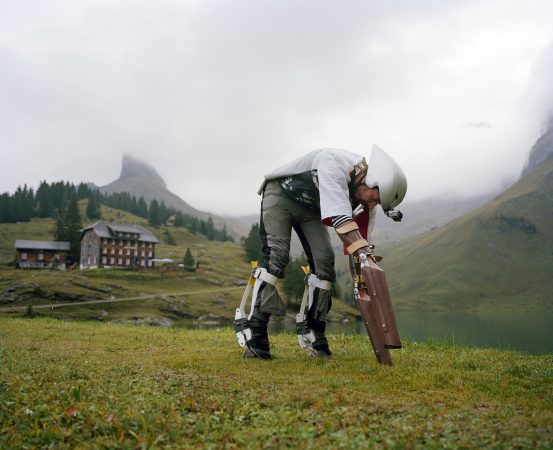 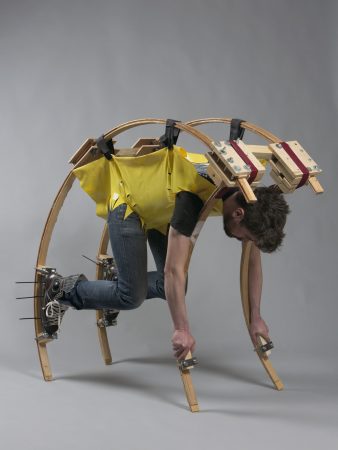 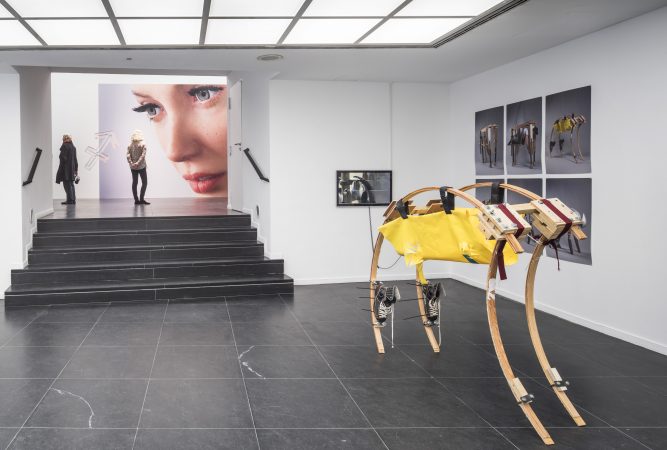 With his project “I, Goat” Thomas Thwaites alters physical reality in an attempt to escape his own human perspective and take on another way of experiencing the world. Through a process of elaborate anatomical tests and research on materials, he has developed a construction of special prosthetic limbs that enables him to imitate a goat’s gait on all fours. Additional discussions with experts have given him profound knowledge about the animals’ lives and their social behavior. He ultimately spent several days as part of a goat herd in the Swiss Alps during an experiment he conducted on himself. Thwaites considers himself a “designer (of a more speculative sort)” whose artistic practice concerns the sciences and visions of the future and whose projects meditate on complex philosophical questions in a humorous and essential way. His attempt to take on the perspective of a goat speaks to that longing for temporary escape from the human experience, a change in sensory awareness and the possibility of growth beyond our anatomical dispositions.

The modern idea concerning evolutionary progress, at the heart of which lies the technological enhancement of mental and physical productivity, is contained in the post-humanist discussions related to his projects. Thwaites attempts to disengage from this notion as he strives to lead a life whose daily purpose concerns the fundamentals of existence in a natural surrounding. Here, the search for food, the dynamic of the herd and protection from outside harm play a central role. Thwaites analyzes the mechanisms of nature and simulates them using technology. He does not attempt to escape his awareness of space and time, but rather tries to access it from another perspective by altering sensory and physical experience. His self-experimentation investigates the dependence of consciousness on the body and utilizes technological means in an attempt to generate an altered perception of reality that is able to disengage from the anthropocentric discourse. 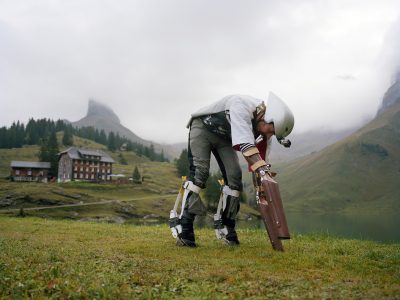