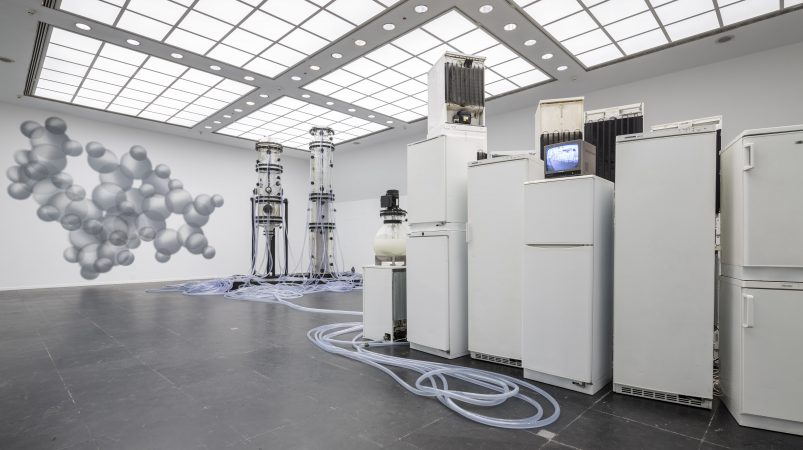 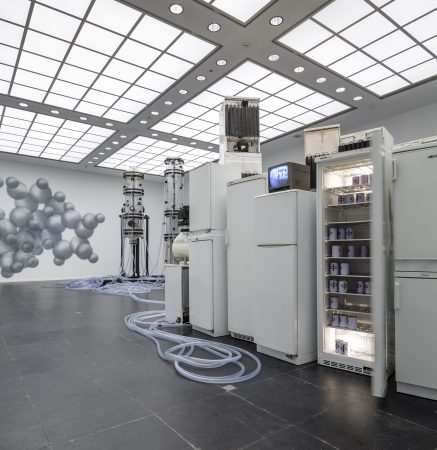 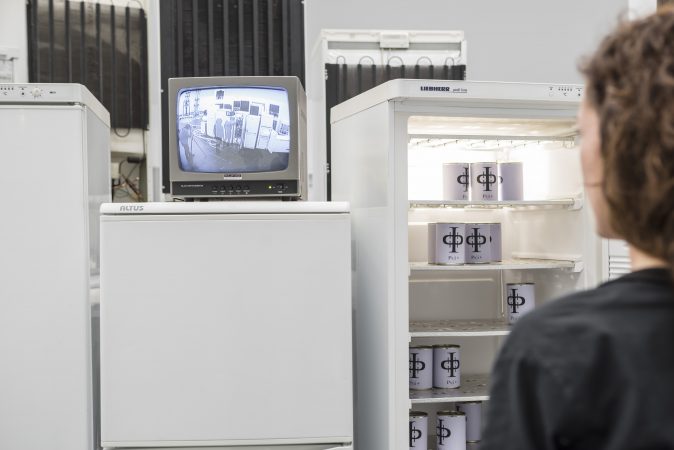 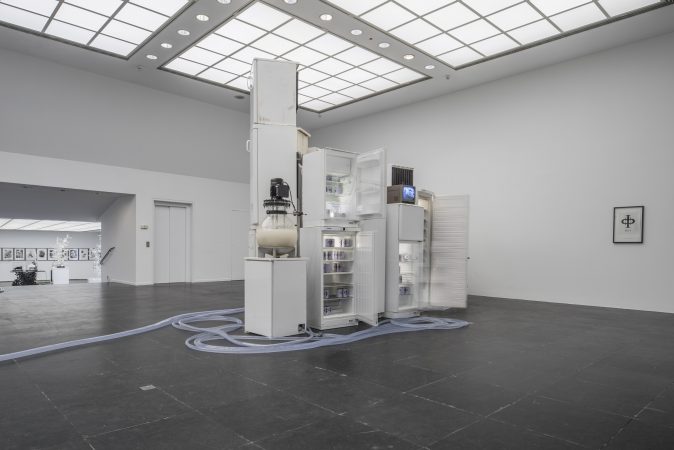 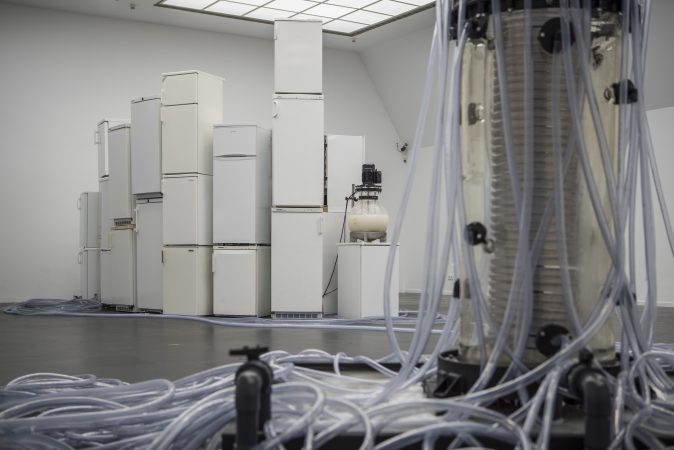 In the cooling chamber, the visitor enters a place that challenges the reliability of sensory perception and medial imagery. Here, phenomena occur that seem to elude logical explanation.

The biomass of algae and fungi that mostly consists of cellulose and glycoproteins and is a by-product of the dopamine and psilocin extraction process is arranged in glass beakers. When mixed with distilled water this mass becomes slime. Having been filled into cans, this slime can also be found in the refrigerators whose doors and drawers open and close as if moved by invisible hands.

A glance at the surveillance camera reveals the presence of a demonic being, otherwise concealed to the human eye. Ranging from Greek mythology to modern physics and computer science, Demons form a recurring motif in Feuerstein’s work. His demonology alludes to biochemical processes, but also to algorithms in the flow of digital communication that monitor and control systems, hence monitoring and controlling us as well. 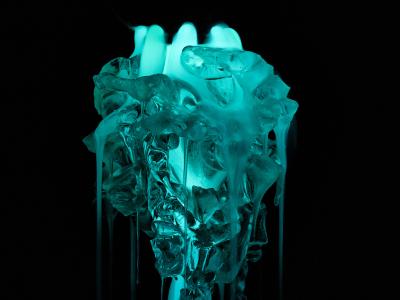