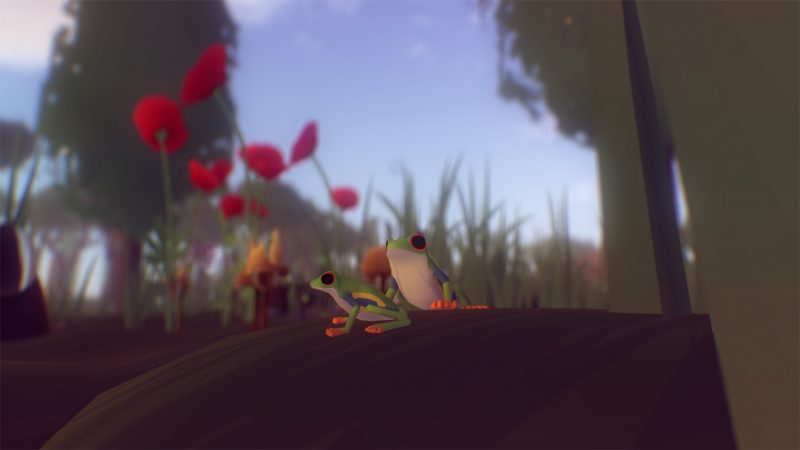 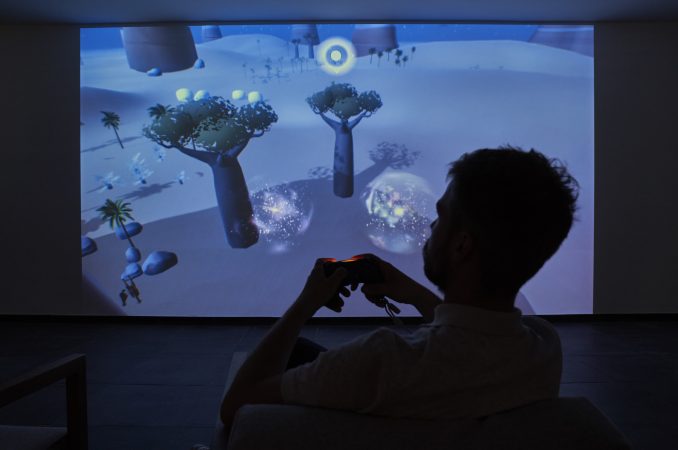 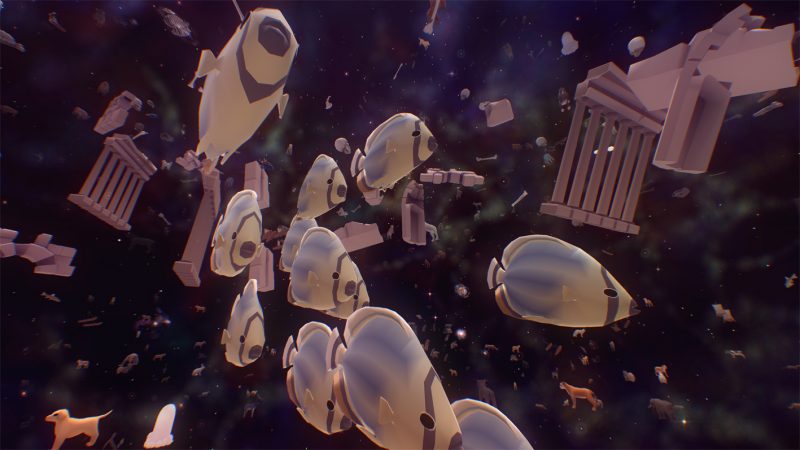 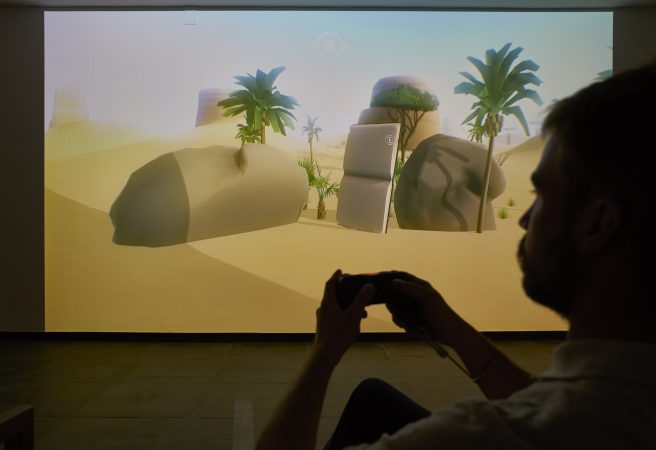 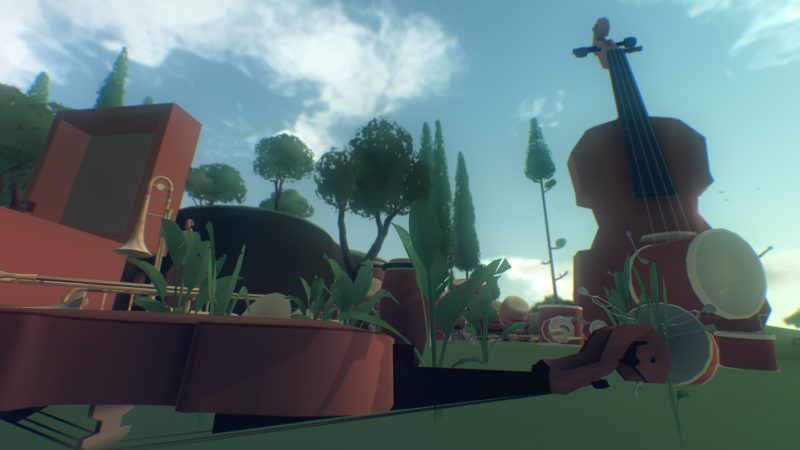 The artist and game developer David OReilly (*1985) presents the work “Everything”. Here, viewers take a journey without a fixed course through a boundless world. Far from making any claims to realism, it offers us a poetic, philosophical, and holistic view of time and existence. “Everything” is an experience simulator that enables users to adopt changing perspectives in a computer-generated world – be it that of a cell, an animal, a particle of light, a whole continent, or even a galaxy in outer space. There’s no story, protagonists, tasks, or even the missions common to video games.

OReilly developed his work using insights drawn from the British philosopher Alan Watts, who questioned the anthropocentric gaze and the idea that humankind is the centre of all creation. The construction of “Everything” is nonlinear and allows the user to constantly change perspectives. The game can run endlessly. When there‘s no input from the player, the simulation switches into auto play mode and takes users into the depths of the programmed world.
Charles and Ray Eames’ 1977 short film “Powers of Ten” also serves as one of OReilly’s references. The film visualizes the scales of micro and macro systems. We see a journey scaled in relation to the human body at various powers of ten – to the edge of the known universe and back to the core of an atom in a human body.

OReilly’s work follows the thesis popular among some researchers that all biological systems share foundational organizational principles. From atoms, to animals, to trees or even stones and galaxies – all phenomena follow the same principles organized according to the scaling laws. Time, space, and human perception are the essential aspects around which “Everything” revolves. OReilly describes his interactive work as a “playable nature documentary”. Unlike a documentary film, however, OReilly dissolves the neutral observer perspective, preferring instead to invert it so that the player can adopt countless perspectives, be it that of an individual or even of a collective. The point of view can be changed at any time in order to leave the human-centred “I” perspective and become any other life form or phenomenon, and thus to become “everything”.

The Los Angeles-based Irish film maker, game developer and artist David OReilly (*1985) is known for creating distinctive animated 3D-films, videos and games, often crossing over into other media. In 2013 he worked as animation director on Spike Jonze’s movie “Her”. He most recently received the Golden Nica of Prix Ars Electronica for his simulation game “Everything”.