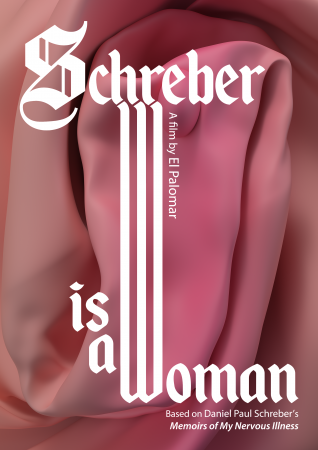 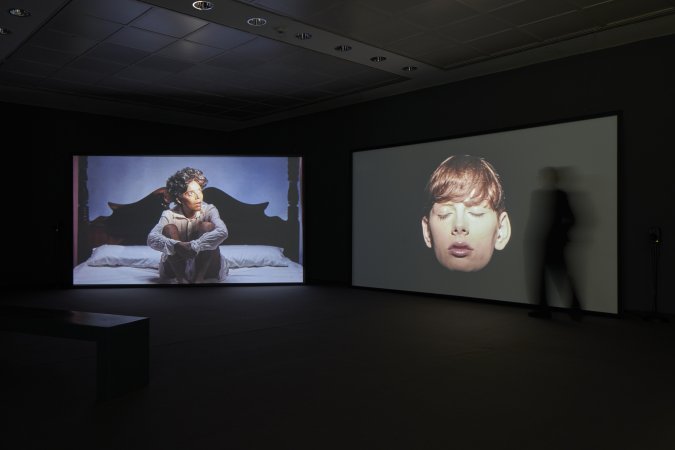 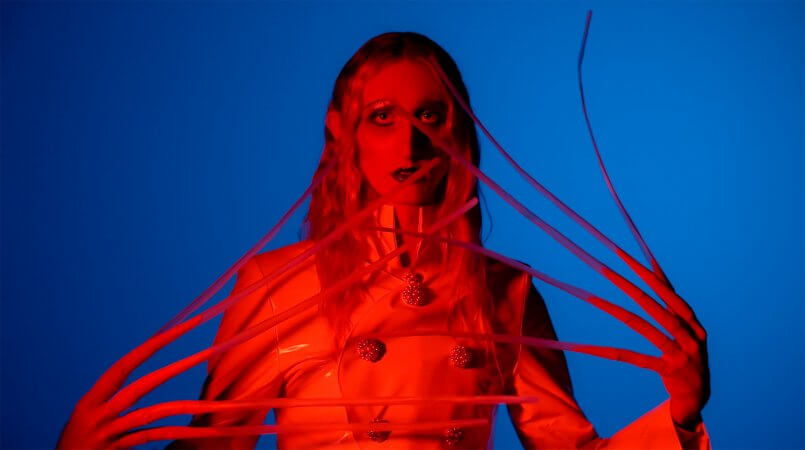 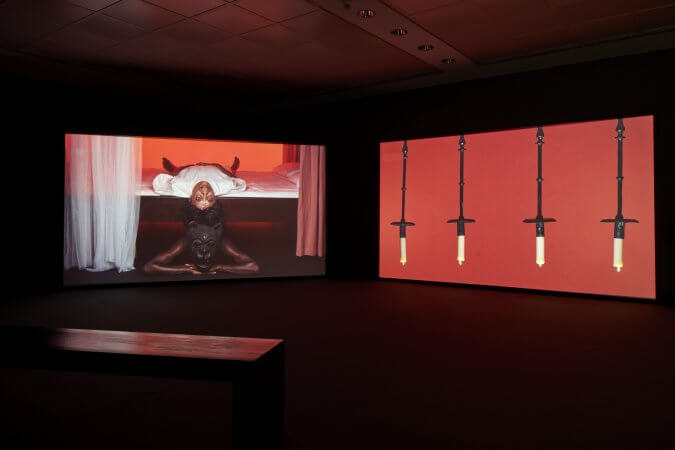 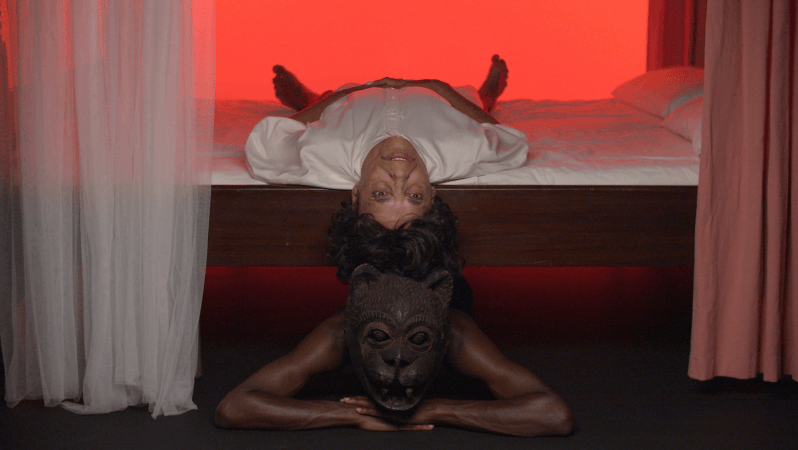 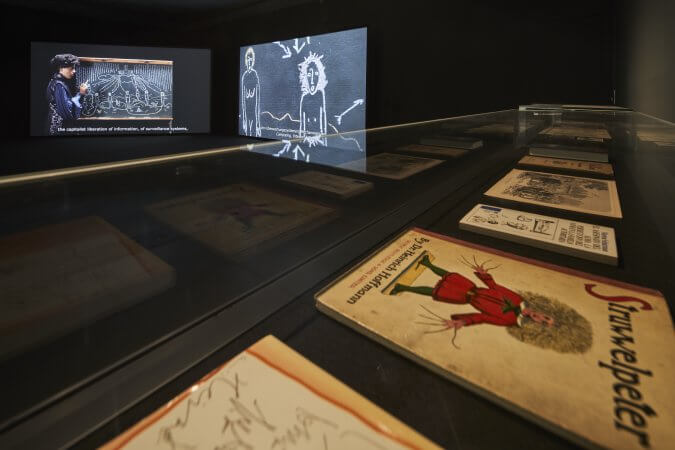 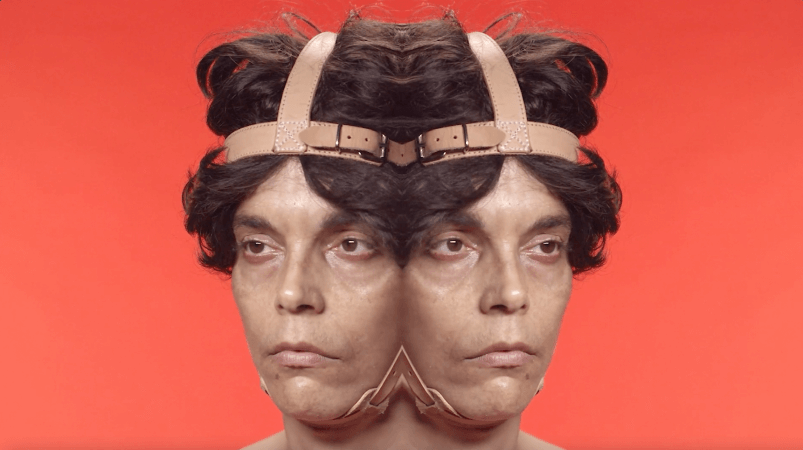 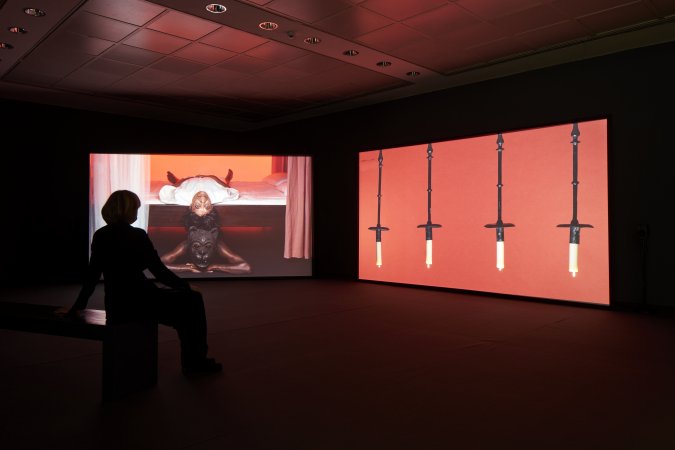 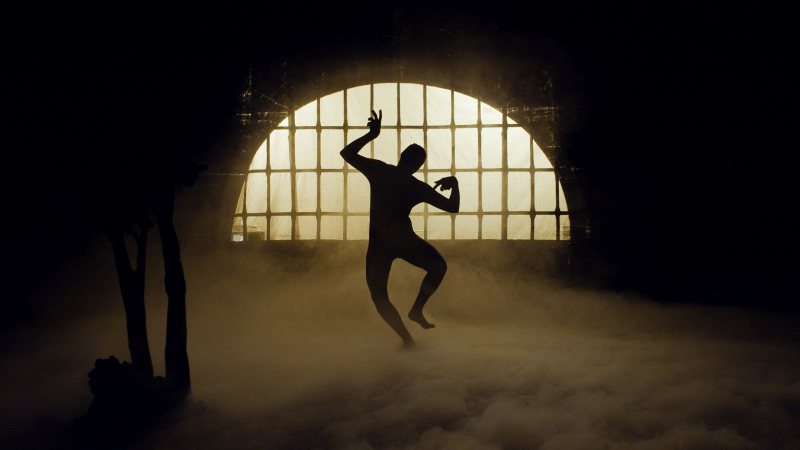 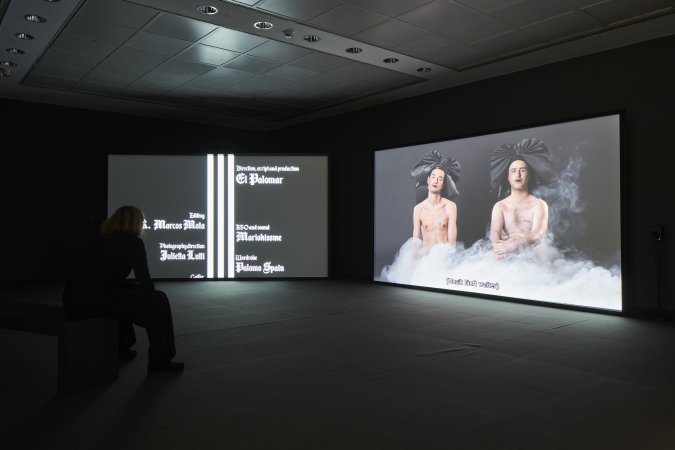 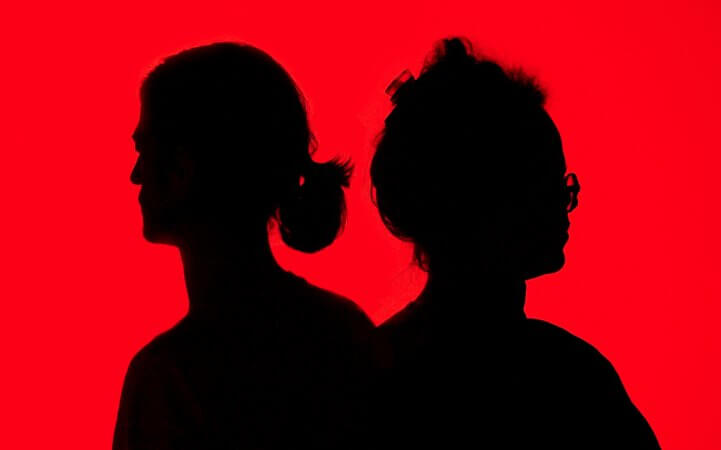 Rewritten memories of a sick society

El Palomar is an expanded art project, directed by Mariokissme and R. Marcos Mota, initiated in January 2013, with a focus on the research and production of contemporary queer art projects and works linked to the politics of sexual and gender dissidence. The project, so the artists, ‘is embedded in countless discourses, subjects and practices that have difficulty penetrating the official contemporary cultural sphere. Since 2013 we have been working on generating encounters and exchanges; creating a programme based on multivocal research and polyphonic incorporation from work on the margins (from the underground).’

The video installation Schreber is a Woman is the second episode of a trilogy in the making that began with the piece No es homosexual simplemente el homófilo sino el cegado por el falo perdido (Not only homophiles are homosexual, but also those dazzled by the lost phallus), 2016, that El Palomar made based on the unfinished script with the same title by the anthropologist Alberto Cardín (1948–1992). The artists have completed unfinished parts of the script, directed the film and acted in it.

Alberto Cardín was an intellectual figure linked to the city of Barcelona, a critical and controversial personality, a reference in LGBTI discourse and an unconventional thinker who, like Pier Paolo Pasolini, whom he greatly admired, ‘always said what nobody wanted to hear’. El Palomar revives his role and his influence to recover the spirit which, in the democratisation process following the death of the dictator Francisco Franco in the 1970s, continued to detect and denounce the homophobia, racism, classism, and misogyny of the dictatorship that persisted in the recently established democracy. El Palomar also maintains the work of Cardín during the paradigm shift in the so-called second transition in Spain in the 2000s. Cardín, one of the first and few intellectuals to address AIDS and to make his illness public, explained it as follows: ‘Social systems constitute themselves ideologically by banishing bodies perceived as foreign to the margins of society […].’

The video installation Schreber is a Woman is constructed on the basis of the clinical case study and Memoirs of My Nervous Illness (1903) of Daniel Paul Schreber, a German judge who was committed to a mental asylum in Sonnenstein, Saxony, in 1894, shortly after being appointed president of the Supreme Court. She herself recounts that she felt like a woman, among other experiences understood by the medical authorities as delusions. The figure of Schreber, known to artists through Cardín, influenced Sigmund Freud and helped him to develop his theories on paranoia, schizophrenia and the Oedipus Complex. Relevant to Schreber’s story is the fact that her father, Dr. Moritz Schreber (1808–1861), was the author of several books proposing authoritarian models of physical and moral education, which enjoyed great popularity up to the mid-20th century and contributed to driving the German psyche towards National Socialism.

The video installation is, both narratively and musically, a kind of ‘techno operetta’ in which the artists reinterpret the visions and voices described by Schreber in her memoirs from transfeminist and queer perspectives. The piece is an invitation symbolically to kill the figure of the father as a representation of a patriarchal form of morality and capitalism. The artists also want to deny the discourse of psychoanalysis that identifies homosexuality and transsexuality as a problem derived from trauma, aligning themselves with Cardin’s assertion that homosexuality is only a problem in non-integrative societies. ‘It is very interesting how Schreber, who was an atheist, in the midst of schizophrenic delirium, invents her own gods in order to connect her break with the gender and sexuality assigned to her. In our film we wanted to remove the feelings of guilt and moral judgement that Schreber herself transferred to her memoirs in her day, liberating the character sexually from the prevailing queer claims, opening up a space of joy for her – at least – in fiction.’ In the play, Schreber is played by a non-binary person, and the goddesses by two trans women.

Parallel to the film, a display case containing a series of documents and objects related to the Schreber case is exhibited. This is not documentation, rather a stand-alone work with the power to tell a story that correlates with that of the film. ‘This concept of the showcase is repeated in several of the projects we have carried out. For us, it is a basic exercise that serves to outline in empirical terms the aesthetic experience as a whole and to determine the objectivity of the work itself.’