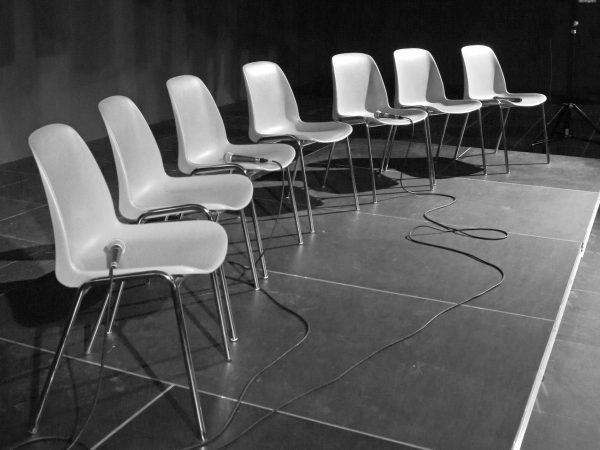 The city is celebrating a major comeback. Its lights shine far into the provincial backwaters. And everyone wants to be a part of it. The young go there, because the city is where the action is. The middle-aged, because of the service industry and creative jobs. And the elderly, because the infrastructure of the countryside has gone to the dogs. But can cities make good on all their promises?

It is not always easy to be part of a pulsing city, and disillusionment can be painful. Everyone is alone together. The trends of development are contradictory. Whereas certain cities have experienced a massive loss of population or are being administered with bare-bones budgets due to empty coffers, other cities are undergoing phases of incomparable growth, recalling Wilhelminian dimensions. Fissures in city landscapes are also increasing. Gated communities are growing as well as socially disadvantaged neighborhoods.
At the same time the cities have become refuges for alternative lifestyles, laboratories for different forms of communal habitation, work, life, and mobility. The city as a form of release.

Correspondingly much reflection and writing about the city has taken place in recent years. But still individual groups of researchers oddly seem to keep to themselves. City planners only talk with other city planners, city politicians with city politicians, urban theorists with urban theorists, architects with architects, artists with artists. And many are not part of the conversation at all. Polarkreis e.V. and the Heinrich Böll Foundation Hessen are launching a discussion on the occasion of the 12th issue of “polar” at the Frankfurter Kunstverein with a reading, podium discussion, and party. An evening on the promises and disappointments of the city. It asks: Who does the city belong to? Who decides its future? An evening on city utopias and urban development, non-places and public space, megacities and the pride of the periphery.

An event organized in cooperation between the Heinrich Böll Foundation Hessen, polarkreis e.V., and the Frankfurter Kunstverein.