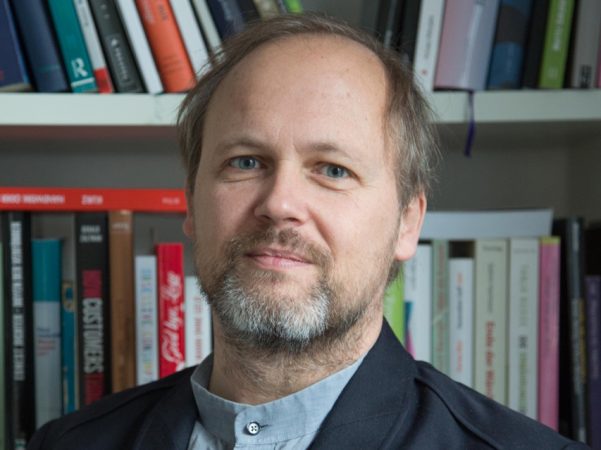 Wolfgang Ullrich’s lecture is based on the phenomenon, that not only on consumer products there is much talk about values, which one should or ought to commit to. That said values appear to be randomly chosen and combined is expression and consequence of a world view shaped by consumption: The same way we decide upon specific values with each purchase, we now behave within socio-political debates. In fact, it is the way we consume, which shapes our self-conception as moral agents more than anything else today.

The lecture is part of the exhibition “Konstruktivistischer Supermarkt” with Stephanie Senge, shown at Galerie Anita Beckers from March 22 to May 6, 2017. For the closing event on Friday, May 5, Stephanie Senge is inviting to join the street event “Unsere Konsum-Werte (Our Consumption Values)”; the procession starts at the gallery at 6 pm, heading towards Römerberg. Afterwards, in his lecture, Wolfgang Ullrich will discuss the close connection of consumption and values and its consequences with reference to Stephanie Senge’s work.

In his texts, cultural scientist and philosopher Wolfgang Ullrich (b. 1967, Munich) is primarily concerned with the history and criticism of the concept of art, with sociological questions regarding images and consumption theory. In 2007, he founded the convent “Asketen des Luxus”, together with Stephanie Senge and Bazon Brock.

Further information on the exhibition and the street event can be found here: www.galerie-beckers.de