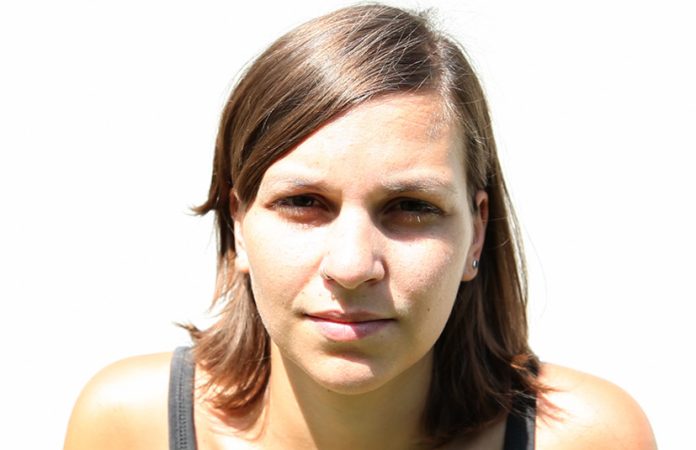 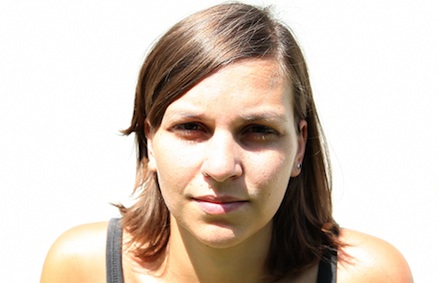 In conjunction with the “Luminale 2014” the Frankfurter Kunstverein was presenting the video installation “Portrait (wechselhaft)” (Portrait (changeable)) by Lisa M. Weber from March 30 – April 4. The perception and positioning of the self is the central theme of this work. The projection of a female portrait bust is visible on four windows of the eastern façade of the Frankfurter Kunstverein. A young woman gazes into the sky with blinking eyes. The image slowly darkens, and a black cloud, invisible to the audience, passes across the sky and makes it easier for the woman to see. The darkness simultaneously adds contour to her face, making her more visible to the viewer.

Lisa M. Weber studied at The Mainz Academy of Arts and at California State University Chico, concluding her studies in the master class of Prof. Dieter Kiessling in 2013. Her works have been presented in international solo and group exhibitions, most recently at the Caos Art Gallery in Venice, the Leopoldmuseum in Vienna, and the Goyang Art Studio of the National Museum of Contemporary Art in Seoul. Lisa M. Weber lives and works in Frankfurt am Main.