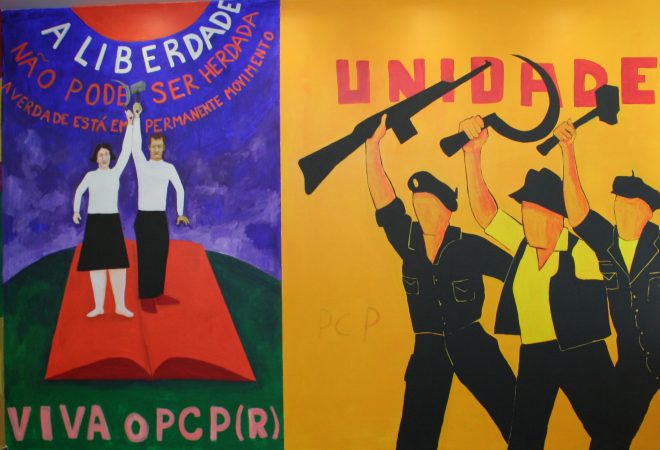 10 Reasons to be a Member #12 Hugo Canoilas. Vota Octávia Pato

For 10 reasons to be a member, the Portuguese artist Hugo Canoilas has developed a new installation of mural paintings displayed within a specially constructed support structure. Canoilas came to establish a dialogue between abstraction and social realism and has slowly been trying to create bridges between the two by using the different languages of painting. The templates that serve Canoilas are not celebrated iconic Neorealist images, but are selected from an online archive of street paintings made in dedication to the Portuguese carnation revolution after 25 April 1974. Under the influence of the Portuguese Communist party, Neorealism emerged as an art of political and social intervention, not so much as a revitalisation of avant-garde strategies but rather as an ‘artistic duty’ from the people for the people.

Canoilas’ choice of paintings and their display bring the full meaning of social struggle into play. The presentation entitled Vota Octávio Pato, is, in part, paying homage to a leader of the carnation revolution, Octávio Pato, who plunged in clandestinity and suffered in prison, before playing a decisive role in the Portuguese liberation from the fascist Salazar regime.

Hugo Canoilas started using Propaganda paintings out of personal concern for realism in our society and the different modes of participation in a political system. He takes these interests further in a dedicated monument for Pato, while at the same time he emphasizes the semiotic aspects of this work, which counteract previous monochromatic paintings and installations. Vota Octávio Pato is a presentation that fights for social courage, imagination and against indifference. Besides its historical reflection and tribute character the work allows for certain elasticity, so the viewer can absorb its political content as much as the artist himself. Escaping what could be today’s replacement of the dated Fado, Fátima, Futebol lethargy that was around in Portugal for decades, Canoilas encourages us to engage not only in cultural but also in political life, thus reviving a spirit reminiscent of post-1974 Portugal. The place to deal with the “non-negotiable differences” – as a direct quotation of Hannah Arendt’s image of political utopia – that result from this proposal, is in art, because art is an elastic concept, like a rhizome; it grows with everything that aims to destroy it.

In 2006, Hugo Canoilas graduated from the Royal College of Art in London and had solo exhibitions at Workplace gallery, Newcastle and the Palácio da Ajuda in Lisbon. 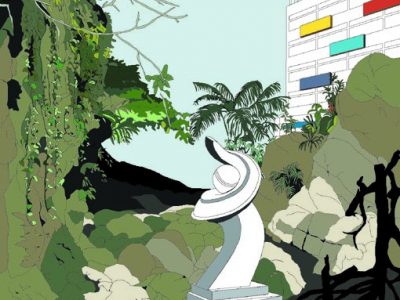 Whenever It Starts, It Is The Right Time. Strategies for A Discontinuous Future