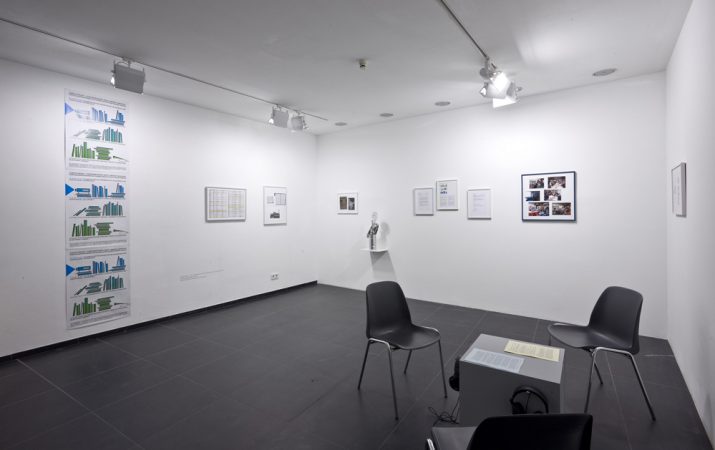 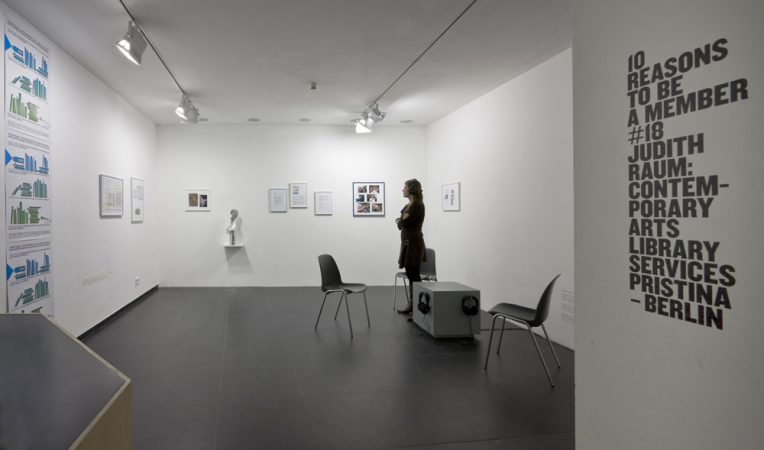 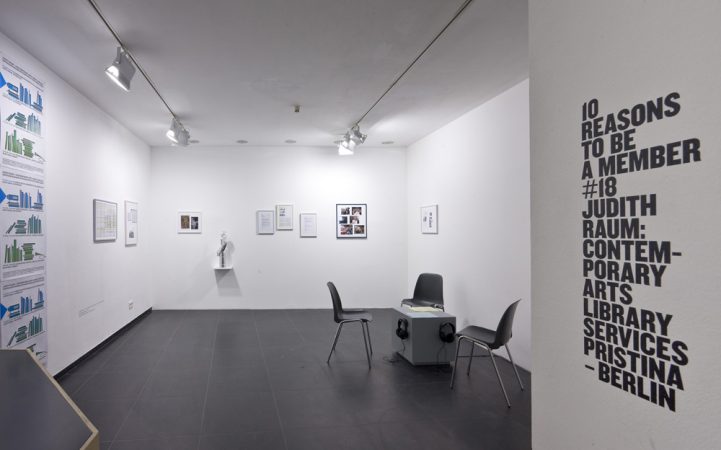 Born in 1977 in Werneck, Judith Raum studied fine art at the Städelschule in Frankfurt am Main and at The Cooper Union in New York City, as well as philosophy at Goethe University of Frankfurt am Main. She lives and works in Berlin and Frankfurt. With her presentation of “Contemporary Arts Library Services Pristina – Berlin” in the 10 Reasons to be a Member space at the Frankfurt Kunstverein, Judith Raum shows how the project first came into being as well as its actual development thereafter. “Contemporary Arts Library” is a book collection of international contemporary art and theory, which is located in Pristina (Kosovo) and was initiated in 2005 by Shannon Bool and Adrian Williams. Since then it has functioned as a library consisting of an inventory of 10,000 books, magazines and films that provide urgently required resources on contemporary art. Judith Raum has extended this facility further from 2006 onwards, in cooperation with artists in Pristina, into an open structure for events while also changing the main focus of the collection towards publications and artistic approaches of the region. Over the course of this time, the resources that form this “library” have made it possible for participatory projects in and beyond Kosovo to be realised, with the aim of an exchange to occur between artists from Kosovo and the international community.

The library was not on show at the Frankfurter Kunstverein. Rather one has seen, embedded within a wooden frame structure that is covered with fabric, material that allows for a critical reflection on the project. The work of Judith Raum concerns a questioning process that relates to spiritual, political and financial dependence and independence, as well as the possibilities and limits of cooperation and feasibility.