That year the Frankfurter Kunstverein was once again a cooperation partner for “NODE13 – Forum for Digital Arts”. Running from February 11 – 17, 2013, the third edition of this festival was dedicated to the theme of “The Rules – Code as a Shapeable Cosmoplastic Material.” In addition to presenting an exhibition, this festival for digital art and culture also consists of a symposium with outstanding speakers, numerous events and performances, and daily workshops.
Since 2008, NODE has been engaged in bringing together artists, programmers as well as scientists. As an interdisciplinary platform, NODE promotes discourse on the intersection of the arts, sciences, design, and technology. The forum focuses on the act of coding, the aesthetics of machines and software, analyzing their transforming impact on society.

The concept “Make.See.Discuss” was an invitation to creatives and other interested parties in culture and further disciplines such as software, interactive media, stage and performance, video, music, architecture, and design.

How to Make a Paradise - Seduction and Dependence in Generated Worlds 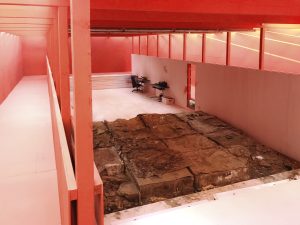