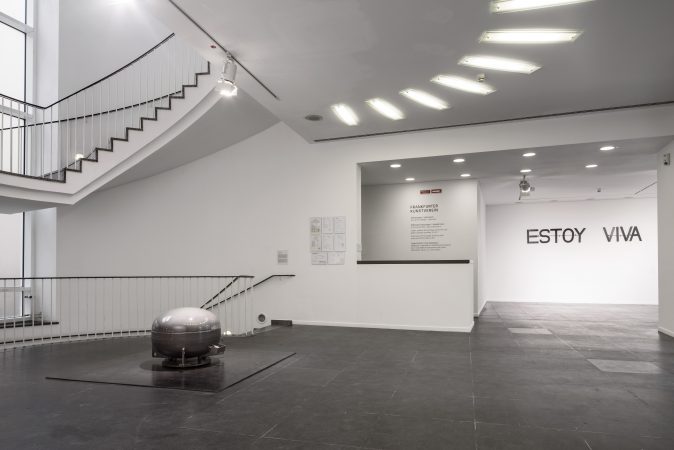 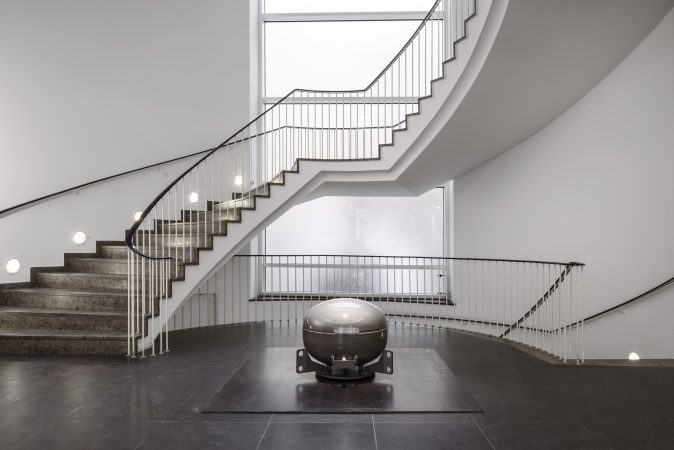 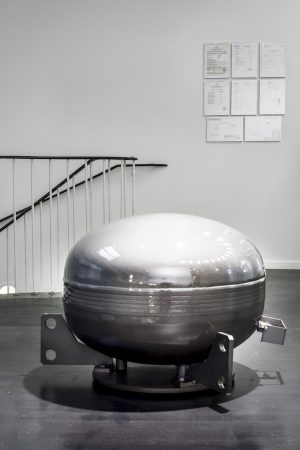 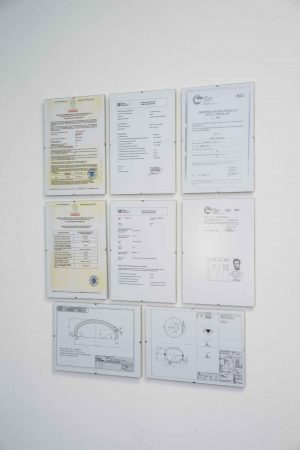 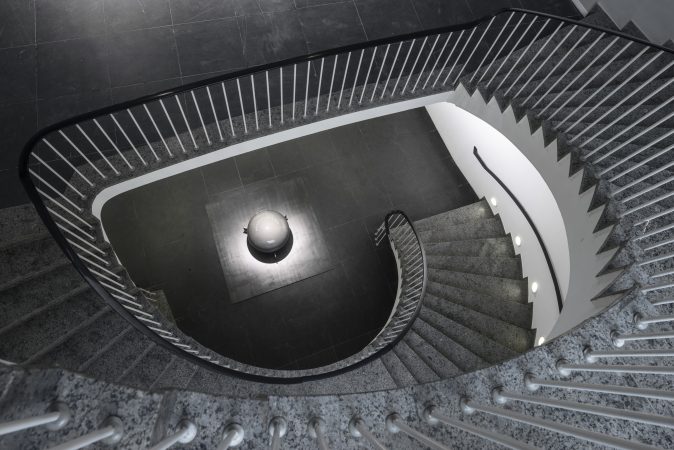 The exhibition “Mechanisms of Power” begins on the ground floor with a central work by both artists: Regina José Galindo with Estoy Viva and Arcangelo Sassolino with Afasia 2.

Estoy Viva (I am alive) is a quotation from one of the survivors of the mass murders of Guatemalan indigenous women. “Estoy Viva”, said one of the women to the artist, who for months accompanied the testimonies of witnesses in the trials concerning the genocides. This is where the reports of women were made public, in which the indiscribable suffering and horror of the acts of violence against the women came to light. For years Galindo followed the lawsuits, she studies the cases and spoke with survivors. In many of her works, the artist performs actions on her own body that had happened to the women. A search for understanding, Galindo uses her own body as a medium in which she inscribes forms of power. And at the same time the raises her voice in an act of accusation through the power of images of her artistic actions.

Arcangelo Sassolino’s work Afasia 2 is an object that stands still and motionless in space with its oval form, its shiny surface. It seems inoffensive, almost harmless. The presentation of the work is accompanied by documents, official papers in which technical details and the certification of the safety test are given. The metal object consists of two concave halves that withstand the pressure of 2.5 bar. The pressure inside the mould corresponds to the power of an explosive device that would have the destructive force to blow up the entire museum.

The curatorial decision was to present these two emblematic works by the two artists already at the entrance to Frankfurter Kunstverein. Galindo and Sassolino are to be seen under the common title “Mechanisms of Power”. The spatial division of the two monographic overviews takes place through the vertical axis of the building.

Where Regina José Galindo makes the devastating force of violence comprehensible with her uniquely radical performative work acted out through her own body, Arcangelo Sassolino’s sculptural works stand in the room with their actual physical impact on materials, in their actual destructive power.

Guatemala has lived through a war of over thirty years that left more than 200,000 people, mostly Mayan indigenous, dead. In recent years however, some glimpses of justice have become visible. The trial against Rios Montt began in 2013; he was charged with genocide and sentenced to 80 years in prison. His conviction did not last long due to the efforts of the oligarchy and the state for revision and his release from prison. However, the hope and courage of the Ixil women who took him to trial remain intact. They are alive and they have a truth to tell.

ESTOY VIVA is a tribute to this truth, this fight. ESTOY VIVA is an affirmation of existence and life from a position of political consciousness.

The steel sculpture Afasia 2 contains nitrogen compressed at 250 bar. The gas had to be compressed so much in order to fit the size of its steel container. The solid container with a weight of 600 kilogram is subject to enormous internal pressure. For comparison, a car tire is filled with 2,5 bar. In medical terms, Aphasia means the combination of a speech and language disorder caused by brain damage. The title thus points towards the potential and contingent destructive power of the work.

During the development of the different versions of this work, Sassolino has come to work with the Italian oil and gas technology company Pietro Fiorentini. The sculpture exhibited here consists of sealing capsules, usually used to close off tubes for gas pipelines. Officially certified by the Bureau Veritas, this object has been approved by the European Union for public displays. 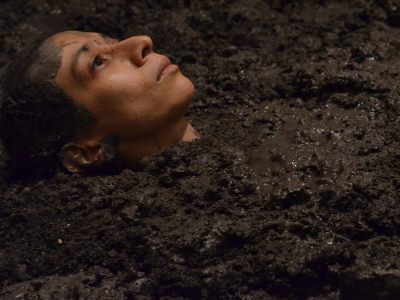 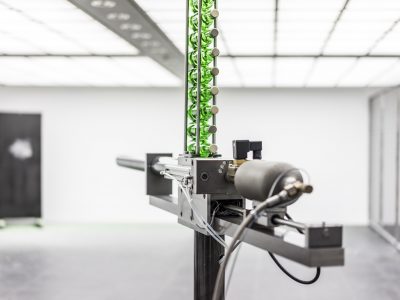