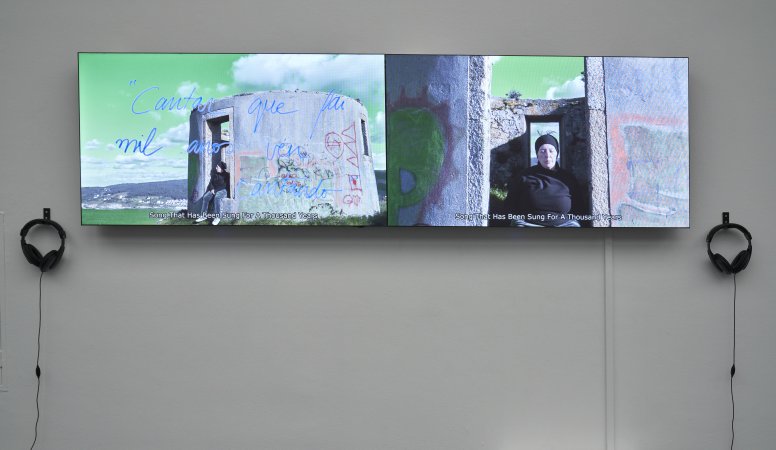 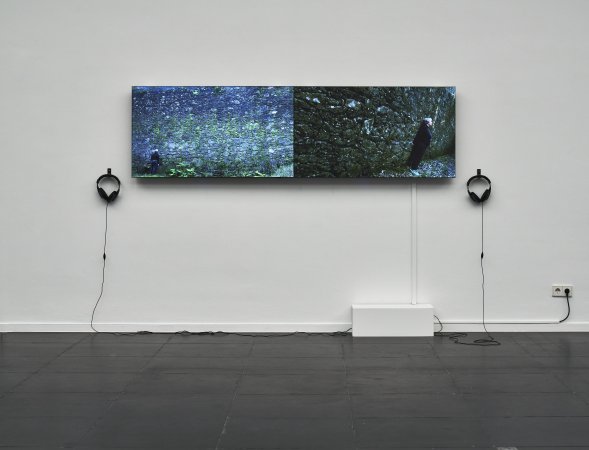 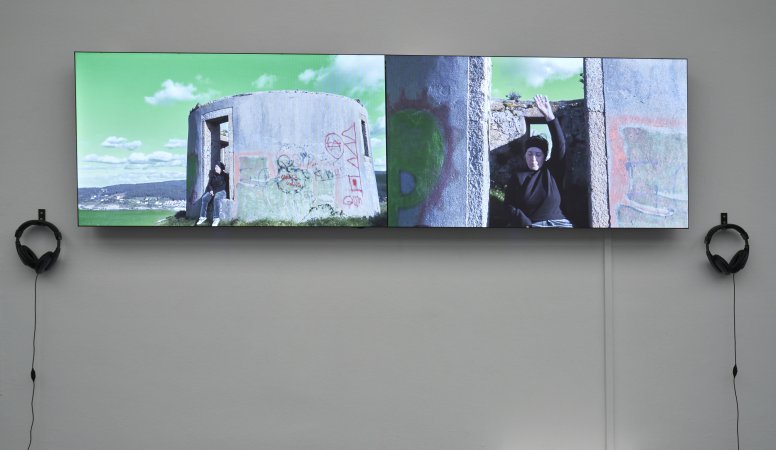 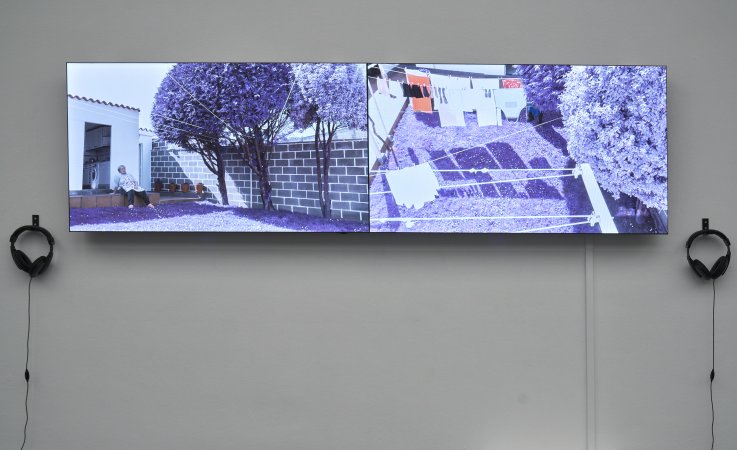 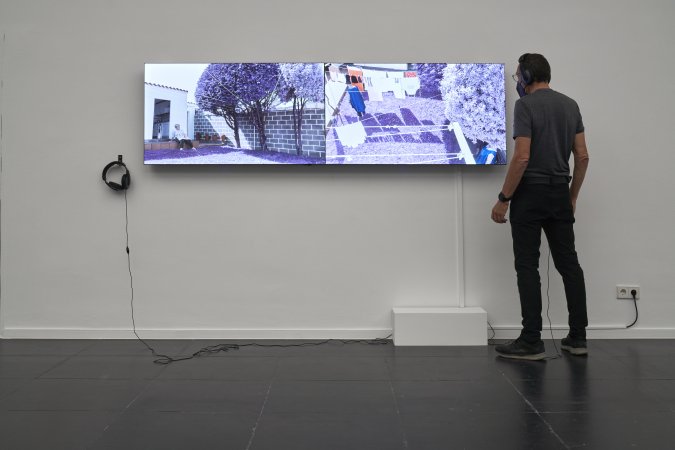 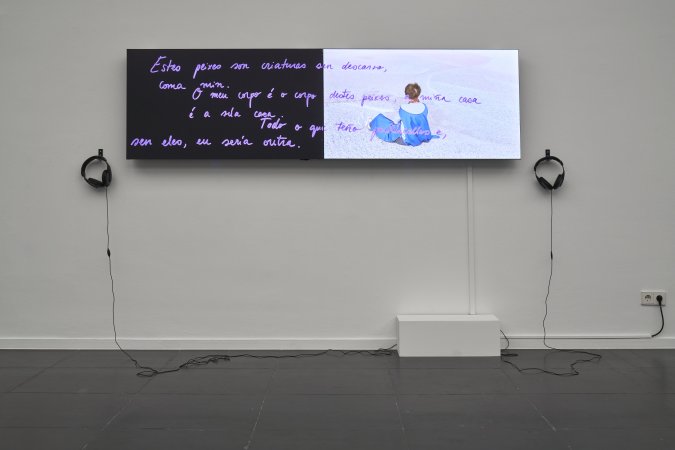 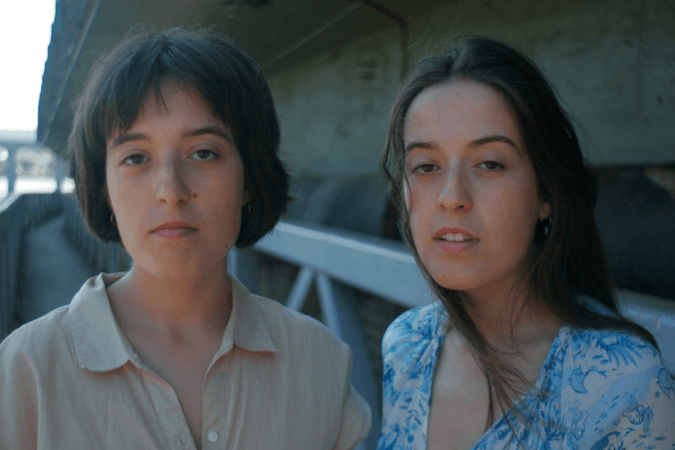 Noa and Lara Castro work as an artistic duo, creating films that tell stories containing elements of fable, memories, landscapes and dreams. They immerse themselves in the unconscious and memory of their homeland, their goal to protect everything there that is threatened by extinction, and to cast a critical light on questionable developments.

They are interested in the fragmented and unpredictable narrative structure of dreams. Their stories are characterised by phenomena, upheavals and transitions, permeated by unusual, illogical associations.

Their works are always located in Galicia, and in particular on the rugged Costa da Morte (Death Coast) in the region’s north west; their protagonists are those close to the artists, their relatives, friends and other people they know. Their working method is marked by a personal love for the subject and by careful execution. Both sisters make decisions jointly, developing their projects in a cooperative manner, located between the written and the spontaneous, the plausible and the fantastical. Their works function within an aesthetic-theoretical logic, at the same time permeating their daily lives. They build connections between viewers and the surroundings they grew up in, surrounded by a dangerous sea, which is sometimes idealised, a region in which fishing has long been engaged in and which was marked by poor conditions that have increasingly been forgotten.

Their most recent work Sempre se encontra consolo (There is always comfort to be found), 2022, explores the relationship between work and play, examining assigned gender roles that define human and non-human relations. They ask why the lives of non-human beings are despised, instrumentalised or ignored, even though these beings can offer real consolation by their sheer existence.

The film consists of songs, stories and prophecies. In the words of the artists: ‘Song and sound are vehicles of memory – dreams – in which the past was transformed, sublimated, reduced and expanded in voices, leading to irrational emotions. To act is a form of possible representation, in order to come closer to others physically in a particular context with diffuse memories. These encounters are flowing, unending in their implications and possibilities. Our figures are always themselves and at the same time others. Their actions are always ambiguous and playful. Memory is a metamorphous fiction: facts are transformed into something that lies halfway between desire, idea and perception. Memories are as real as dreams, as important. It is in fact a dream. The game comes before the memory and makes possible conjectures about the future and actions in a proto-reality. The game is played, it is let go of, it begins, it breaks. To play enables controlled dreaming, it opens up new spaces.’

Noa and Lara Castro (*1998, A Coruña, ES) finished a degree in Fine Arts at the University of Vigo (ES), and a master’s degree in Production and Research in Art at the University of Granada (ES), and currently received a scholarship from the María José Jove Foundation to study Fine Arts at the FHNW in Basel (CH). To date they have participated in festivals and creation laboratories at regional, national and international level. In addition to having received awards and grants, they have been part of exhibitions, initiatives and collective projects. They are programmers of Intersection Festival de Arte Audiovisual Contemporáneo, A Coruña (ES) as well as members of the collective Grupo subterráneo. They have been jurors at film festivals and curated exhibitions.