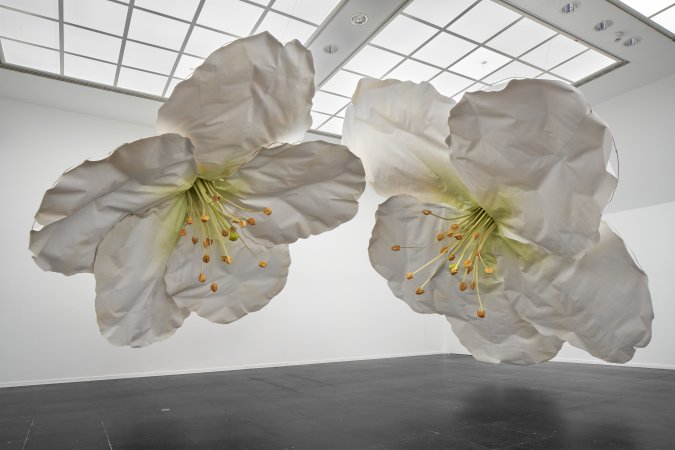 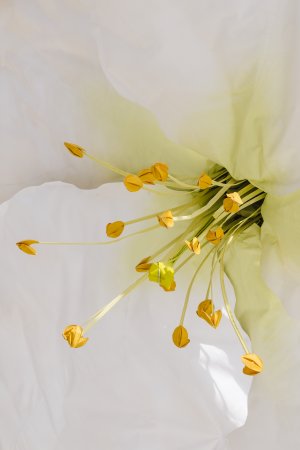 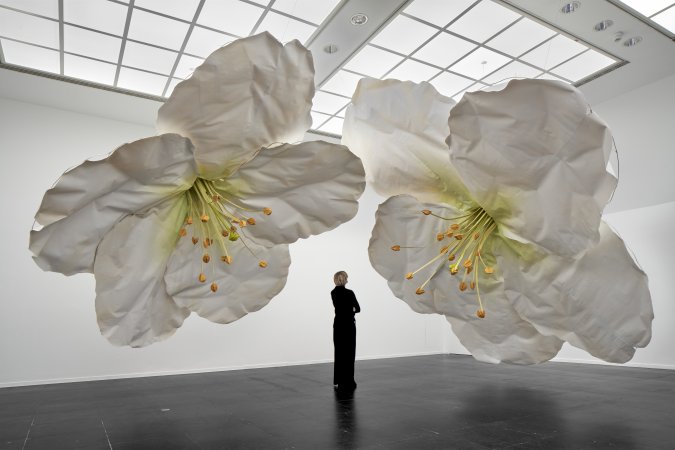 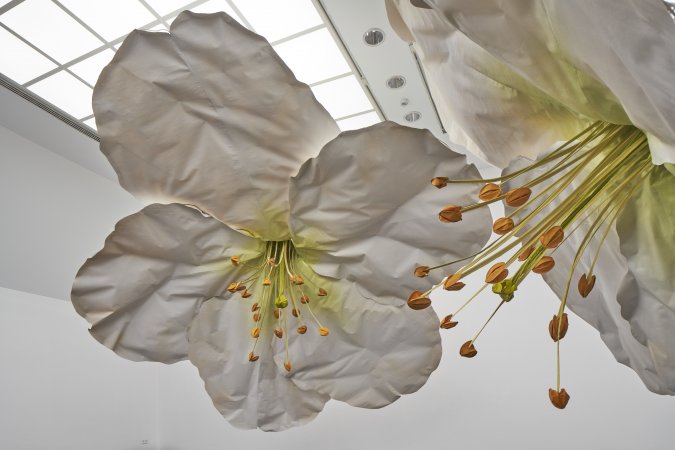 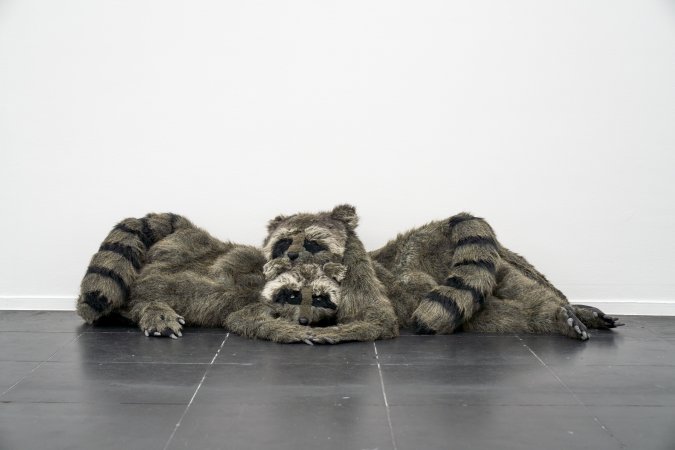 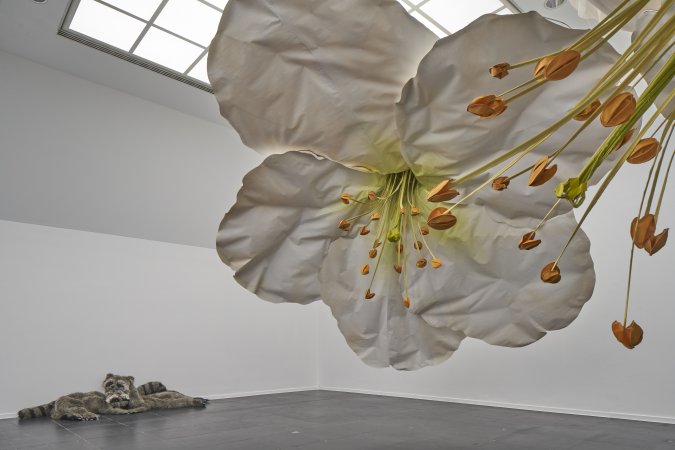 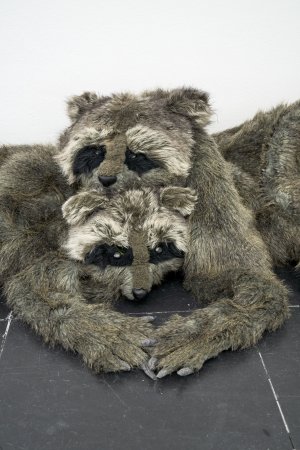 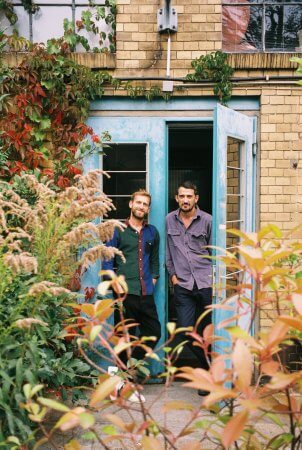 A love story in letters

Petrit Halilaj and Alvaro Urbano, who work as individual artists, have collaborated on projects since 2014. At Villa Romana in Florence, for instance, the artists built a sculptured passageway, spanning 60 meters, so that canaries could fly between the artists’ studio and home. The following year they created a large-scale installation at S.A.L.T.S. Basel to house live chickens inside an oversized egg sculpture. In their collaborative artworks, a connection is established between the animal and non-animal, the playful and fictional. The artists aim to challenge the binary relationship between the built environment and nature by seeking to blur these lived realities. In this sense, the inhabitants of these liminal spaces are of particular interest for the artists.

Halilaj and Urbano’s contribution to this exhibition at the Frankfurter Kunstverein consists of a space that is dominated by two huge flowers, which, in their over-sized dimensions, transform the physical space into a dream-like scenario, confronting people with new power relations. The two sculptures 10th of May 2016 (Cherry), from 2020, are part of a series forming an enormous ‘bouquet’ of experiences. These artworks, consisting of a lightweight, steel structure and painted canvas, were created for the Palacio de Cristal, in Madrid, where the artists planned to marry in spring 2020. Each of these flowers represents a significant date, while the choice of each species, or flower variety (for example forsythia, palm seed, cherry blossom, poppy, carnation and lily), is related to the artists’ personal story that unites them; it also, by making them public, aims to transcend the artwork’s social context and political dimension. With their broadened and intrinsic meanings about love, the flower sculptures remain in a state of open potential, which includes the idea of flowers as sexual entities that attract insects and other animals through their shape, colour and texture.

The installation is also inhabited by two raccoon costumes, Wilshire & Cochran, tailored for Halilaj’s and Urbano’s body respectively. The artists became interested in these animals, which are regularly seen to roam and inhabit the city of Los Angeles, when Halilaj and Urbano walked the gardens, alleyways and green urban areas where nature and humans encounter each other. There, the raccoon is neither fully wild nor domestic, but rather a hybrid-like neighbour in the city. Under cover of night, it tends to move quickly through the urban space, searching for food in bins. Having observed the raccoon’s subtle way of stalking, the artists developed a performance imitating this behavioural habit, In this way, the raccoon is turned into a performance as an alter ego.

Petrit Halilaj (*1986, Kostërrc, XK) and Álvaro Urbano (*1983, Madrid, ES) are two visual artists based in Berlin (DE). Mostly working individually, their common practice combines specific aspects of each artist’s interests and complements each other’s research. Their joint production reflects on the dichotomy between built environments and nature, and on the possibilities of negotiation between these two realities: in that regard, the human and non-human inhabitants that occupy these liminal spaces suscitate a particular interest for the two artists. Halilaj and Urbano jointly attended the artist residencies at MAK Residency, Los Angeles (US) in 2016 and 2017 and at Villa Romana, Florence (IT) in 2014. They are currently studio professors at the Ecole Nationale Supérieure des Beaux Arts de Paris (FR).