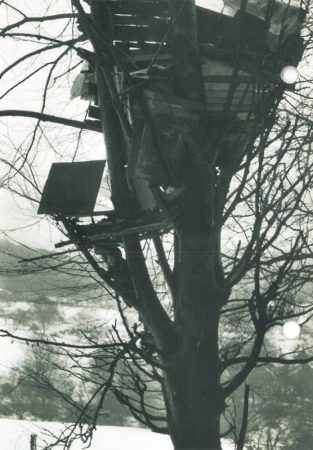 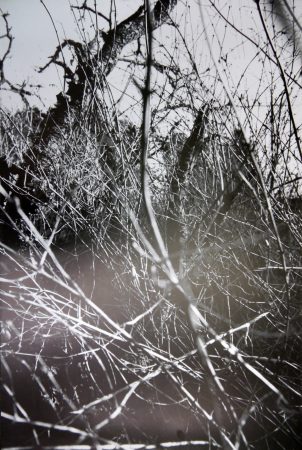 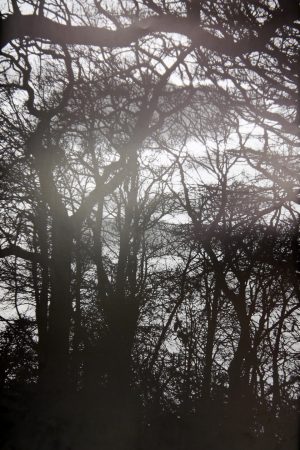 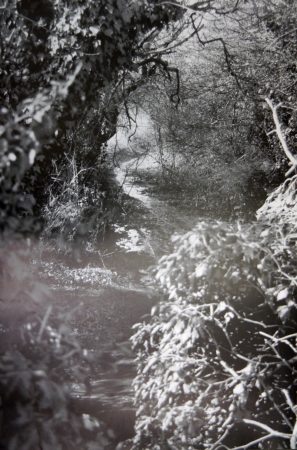 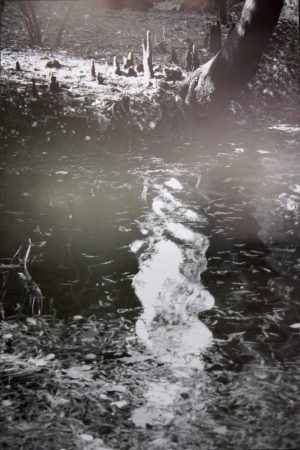 Antje Majewski (born 1968) studied art history, history and philosophy in Cologne, Florence and Berlin from 1986-92. Artistically she works with a wide variety of media and techniques – she paints, photographs, makes films, writes, also acts as a set and costume designer and as an actress. Among Majewski’s recurring motifs are forest huts and hermit huts. She has photographed such huts several times and – prompted by a media report on the police evacuation of a hermit hut – produced a series of paintings on them. Her untitled series of offset prints, which is available here as an edition, was first shown at the Goethe-Institut London in 2001. The photographs of winter landscapes, which at first seem so poetic, are anything but contemplative idylls on closer examination. They show a makeshift tree house in a wintry setting, a woman looking, leaning on the branches, from the tree into the distance. She has appropriated this tree, nature, has built herself a fragile dwelling. This can be seen as an attempt to become independent, but at the latest with the discovery by the police, society with all its restrictions breaks into the supposed idyll of nature again.