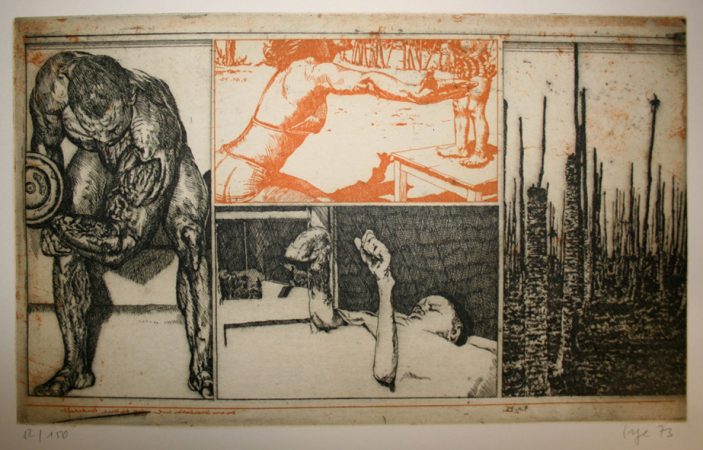 The painter, draughtsman and graphic artist Peter Sorge (born 1937, died 2000) was a founding member of various exhibition and artist groups, university lecturer and winner of the 2nd Burda Prize for Graphic Art. He is attributed to New Realism, an art movement of the 1960s that emerged as a counter-movement to Abstract Expressionism and Art Informel and led to the fusion of painterly and photographic stylistic means in painting (cropping, cropping, colour cast, etc.). Peter Sorge transferred quotes from magazines, among other things, into his socially critical pictures, drawings, lithographs and etchings in collage form, in order to highlight social grievances such as the interplay of sex and brutality in the mass media. He framed many of his series of pictures with rectangles, color bars, and writings, thus setting exclamation points in his montages in a manner similar to that of magazines. Sorge understood how to combine aesthetic attraction and critical reflection on reality in his art; he was both a reporter and a voyeur.