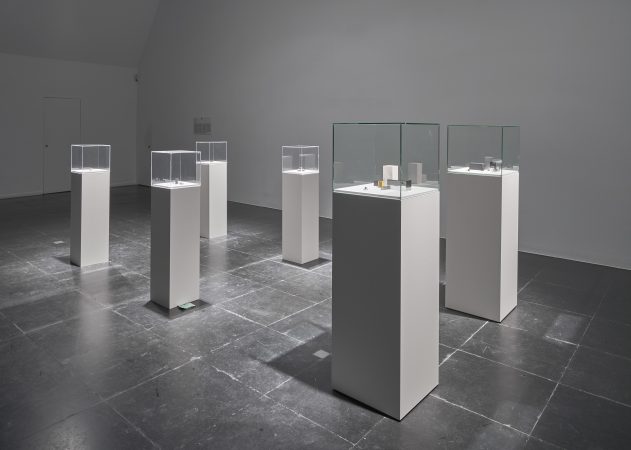 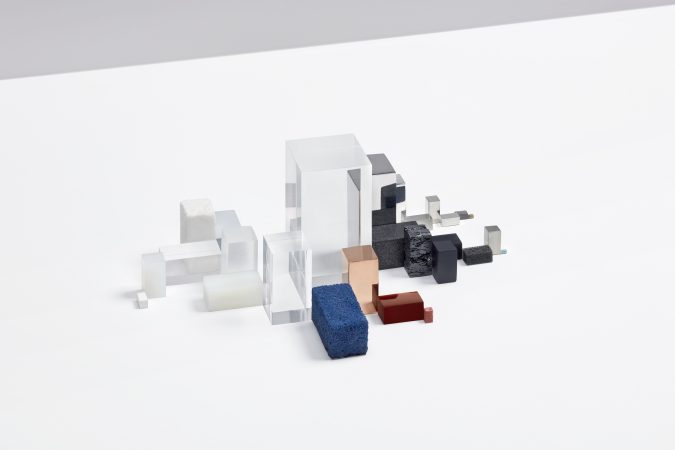 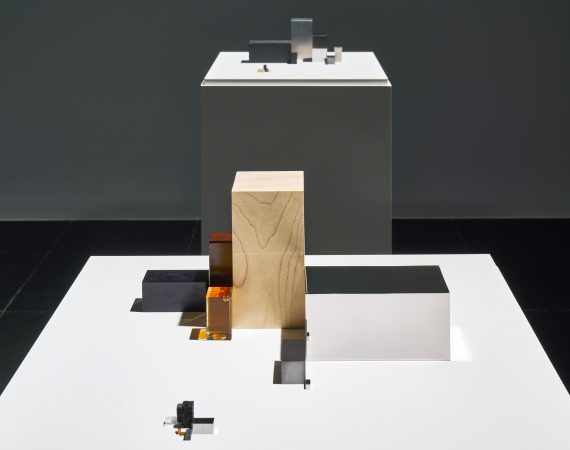 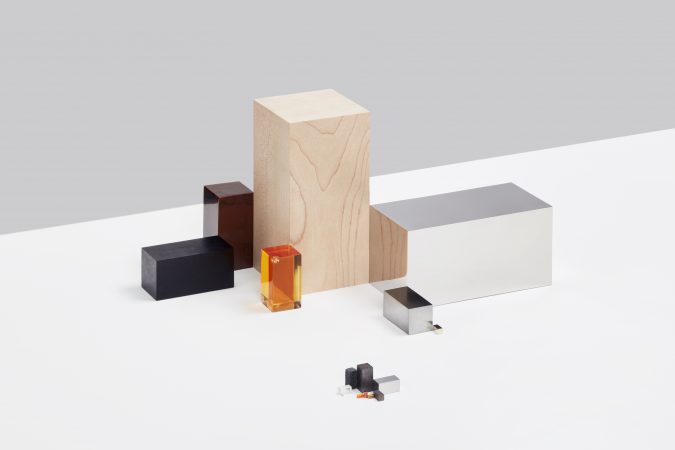 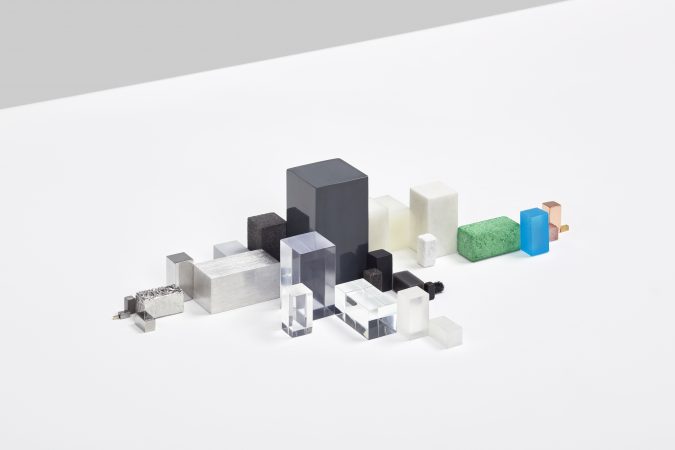 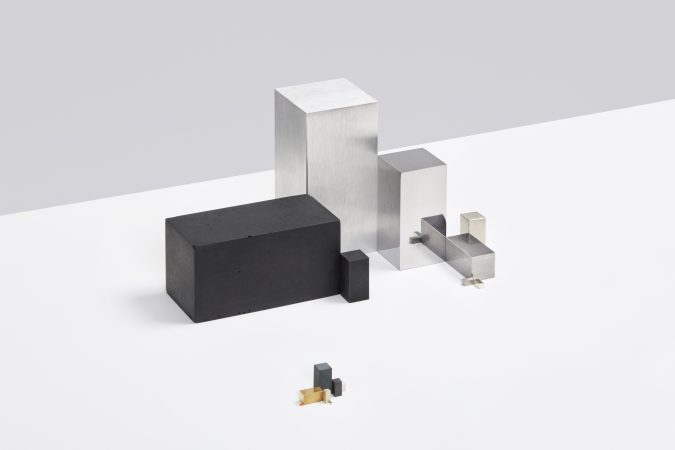 Founded by Lonneke Gordijn and Ralph Nauta, Studio Drift’s work is an exploration of the relationship between humans, the instruments, technologies and objects they create, and their ensuing connection to the planet. Initiated in 2018, studio Drift’s series “Materialism” deconstructs everyday objects, epitomes of consumer culture, into their fundamental components.

The exhibition presents objects created through a process of reverse engineering. The film combines images of damaged natural environments and industrial production processes with Gordijn and Nauta’s narration. Studio Drift are visual thinkers working in the spirit of current discourse around New Materialism. Drawing on the notion of the power of matter, they focus on objects in space. Their installations emerge as process-driven investigations that employ the formal language of classical modernism. Concrete art is most prominently referenced, but Gordijn and Nauta go far beyond the movement’s concepts and ideologies. The modern human era purports that the growth and prosperity of nature is instigated and controlled by human technologies. New Materialism challenges the conviction that humans are at the center of everything, and with it, the concept of the Anthropocene in its entirety. Through a process of rethinking ethics and politics, internationally renowned philosophers such as Jane Bannett, Karen Barad, Rosi Bradotti, and Donna Haraway have repositioned discourse about objects’ capacity for action. New Materialism theorists contend that matter possesses autonomy and agency, signaling the dissolution of the human/non-human dualism that has dominated Western thought and action since the Enlightenment.

The “Materialism” series physically deconstructs everyday objects that symbolize our consumer driven society, such as the iPhone or a Nokia mobile phone. The numerous individual parts are then further broken down into the raw materials they are comprised of. The exhibition at the Frankfurter Kunstverein also presents two additional objects: an M16 machine gun (with bullet), and an American assault rifle developed in 1960 by the American company Colt Defense. The assault rifle has been used in countless wars by the US military since the Vietnam War, right up until the Iraq War. It is one of the most widely used firearms of this caliber worldwide to date. The AK47 (with bullet) is one of the most famous weapons in the world. Known as the Kalashnikov, it was produced in Russia in 1946. After the collapse of the Soviet Union, large numbers of these assault rifles came into circulation. This automatic rifle is still in widespread use in countless guerilla wars as well as organized crime, because of its robustness and ease of use. The Kalashnikov can be seen on the flags of Mozambique, Burkina Faso, and Hezbollah. In media and pop culture it also plays an iconic role in films and video games.

All the objects were deconstructed and reverse engineered, first into their individual components and then into their chemical elements. We no longer see the artifacts in their human-made form as industrially manufactured objects, but encounter them in their essence, in a reduction to their basic matter. Industrial products stand before us as pure raw materials that have been synthesized into abstract cubes. The geometric forms refer to the formal language of classical modernism and its principle of deconstruction.

Melancholy regarding the destructiveness of industrial production resonates in the work of Studio Drift. The film shows familiar images of capitalist value creation and its inextricable tie to the exploitation of the planet. Gordijn and Nauta do not present a negative view of the interplay between nature and human technology though, they rather plead for a more conscious way of dealing with all that surrounds us, living and non-living. It is knowledge of these interrelations that can generate new, more conscious action, as is at the heart of so many political debates today.

Drift is an art studio established in 2007 by artists Lonneke Gordijn and Ralph Nauta, based in Amsterdam

In their installations and interactive sculptures the relationship between nature/ human/ technology is key. Gordijn’s fascination for nature and that of Nauta for science fiction and technology intersect in an intriguing way. Over more than a decade of their existence, Studio Drift’s work in product and furniture design has evolved into increasingly larger, often site-specific and moving installations which they have realised all over the world. They collaborate with scientists, programmers, engineers, and other specialists in the development of projects.

The works occupy a wholly unique place between disciplines such as tech art, performance, and biodesign. Data and algorithms derived from natural phenomena often form the basis for Studio Drift’s work – the flight patterns of a flock of birds, for instance.

With the help of state-of-the-art technologies they translate this data into poetic, meditative experiences. Their ideas regularly anticipate technological possibilities.