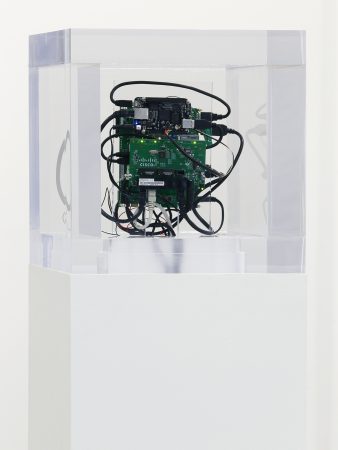 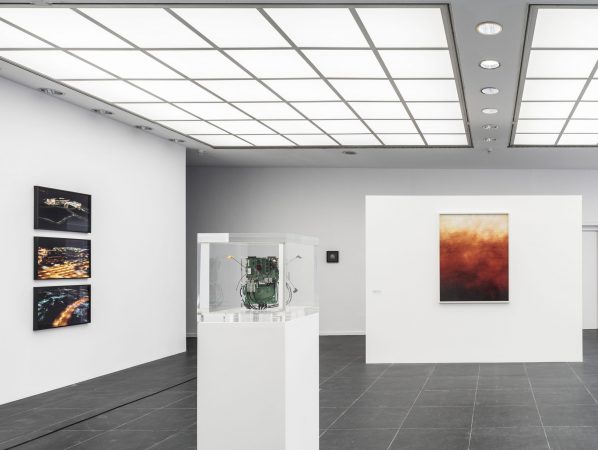 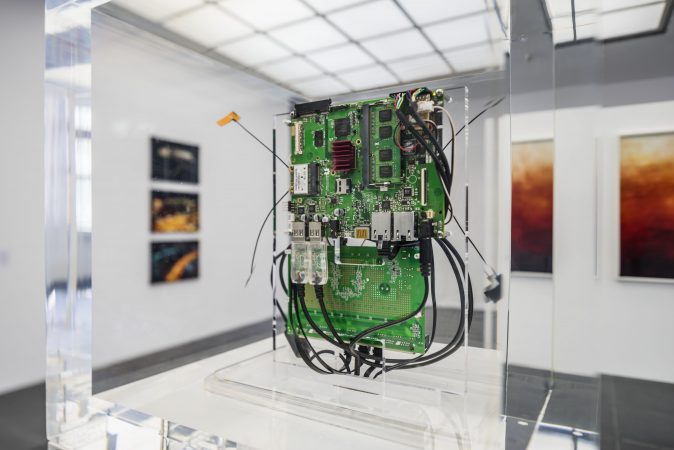 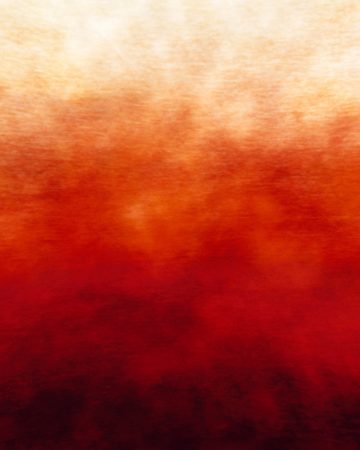 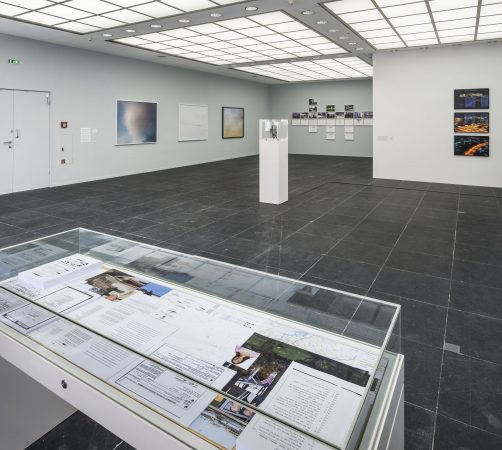 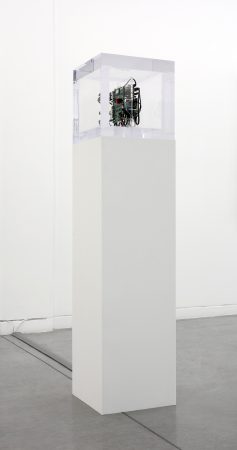 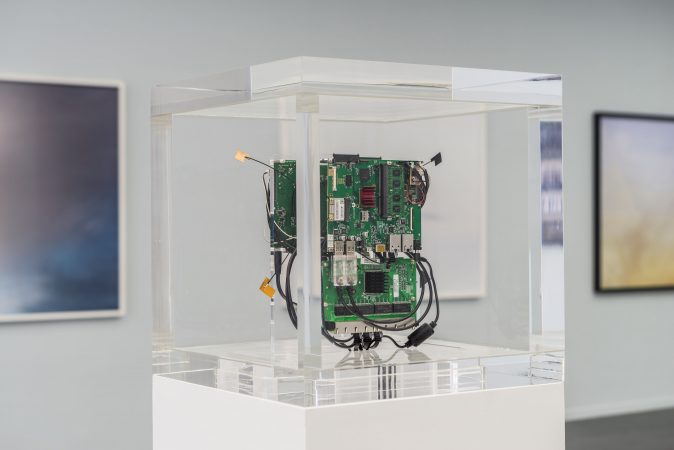 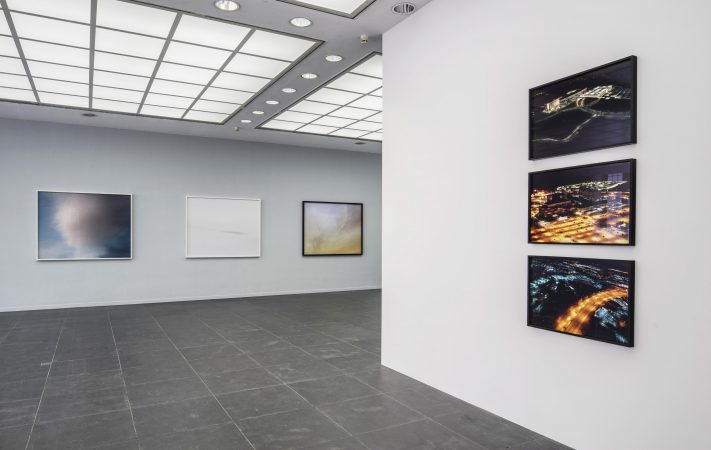 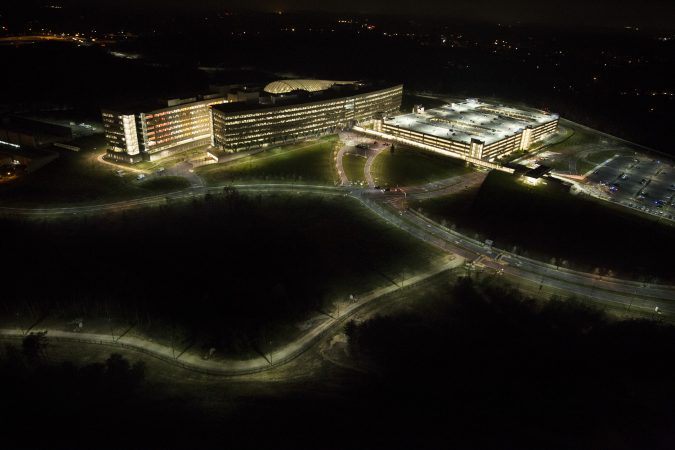 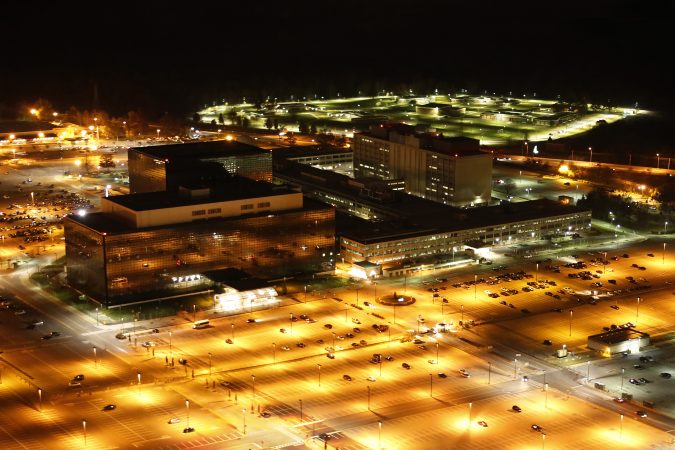 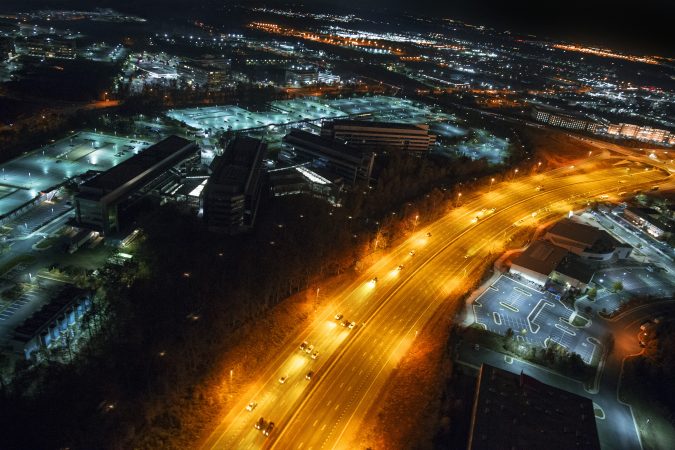 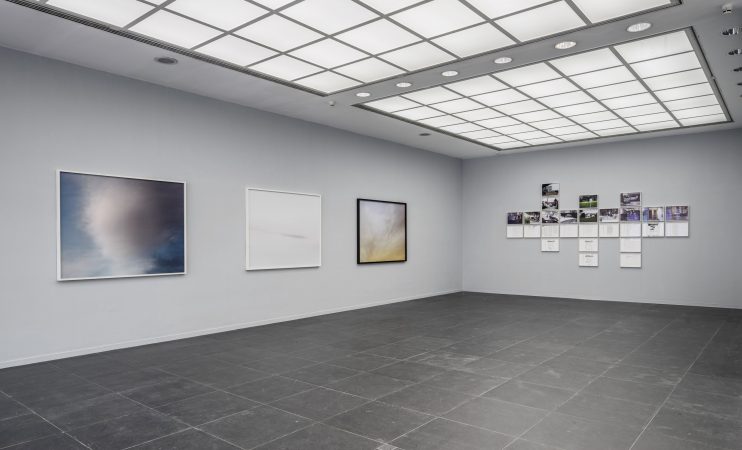 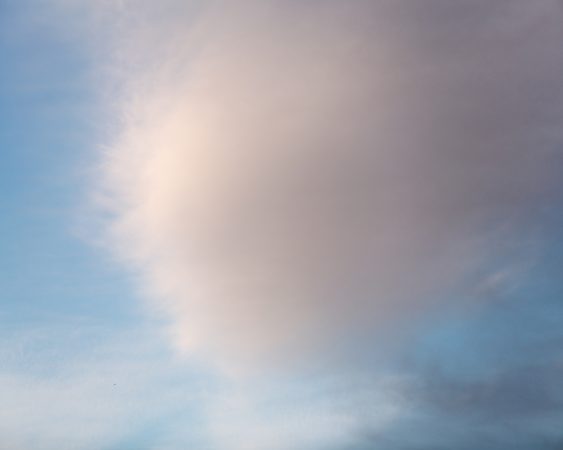 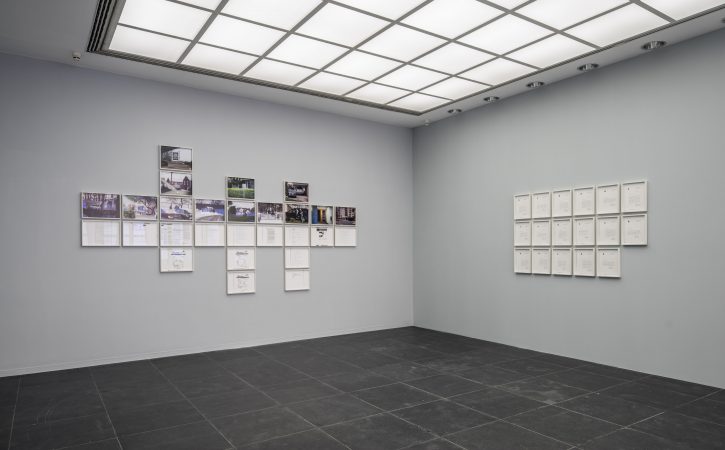 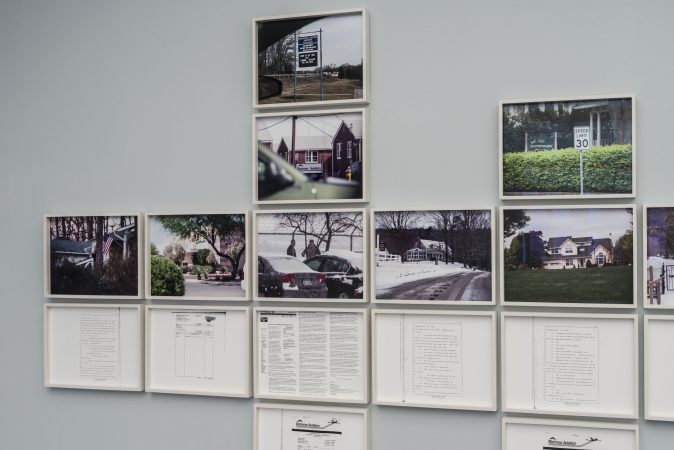 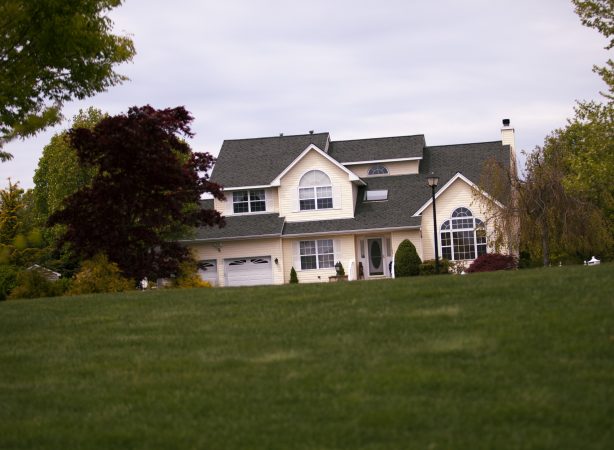 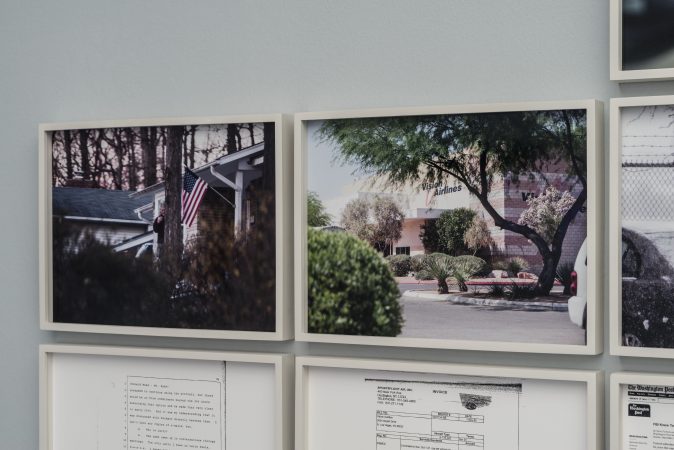 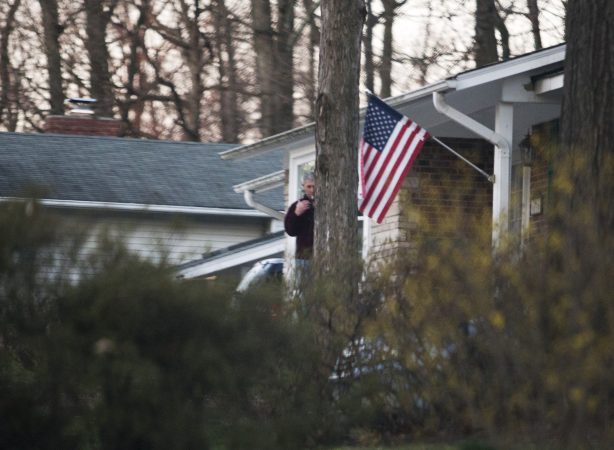 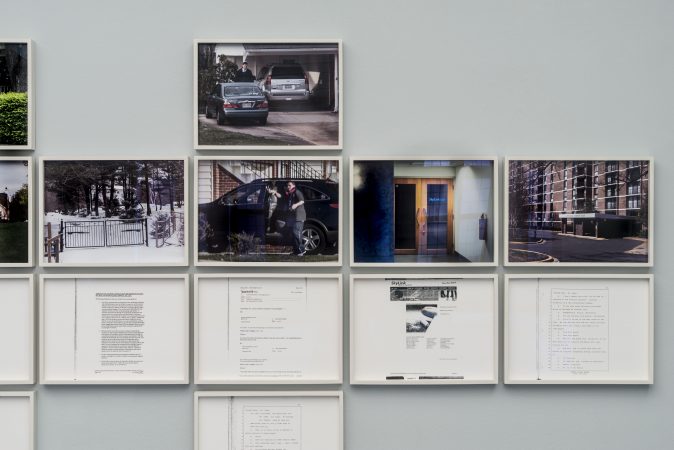 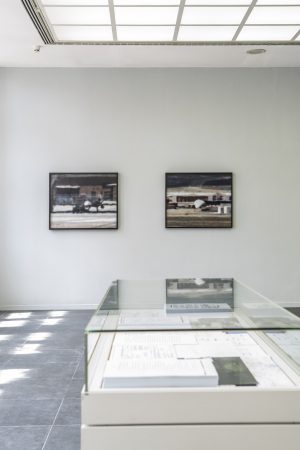 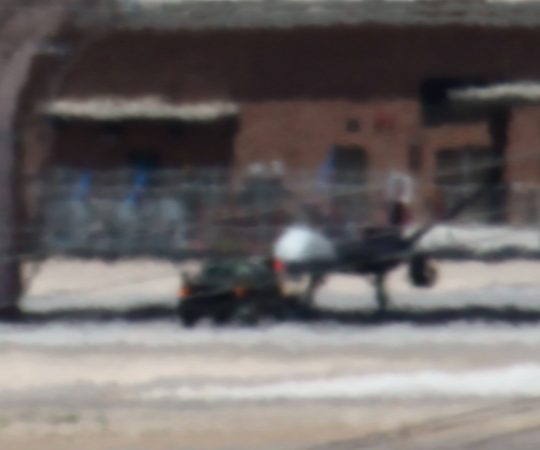 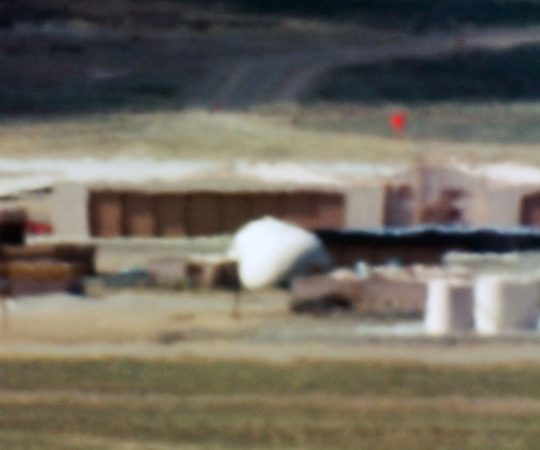 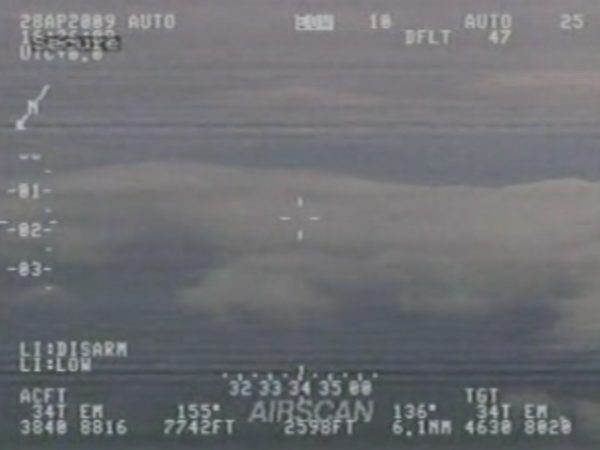 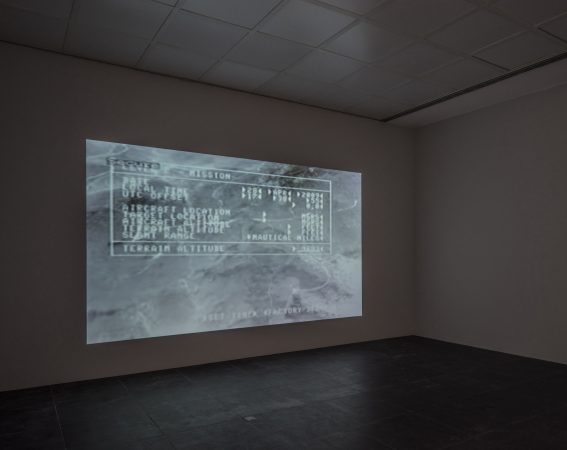 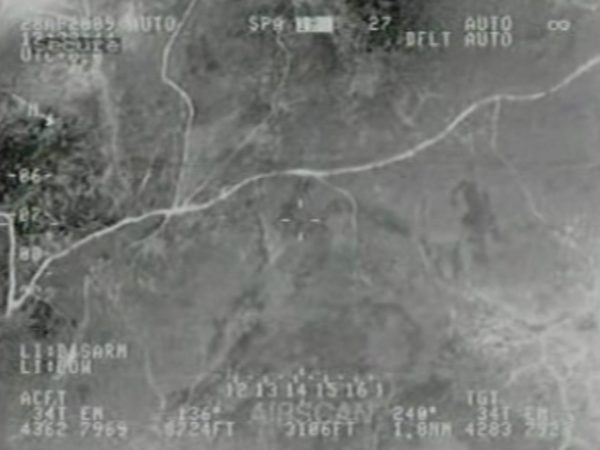 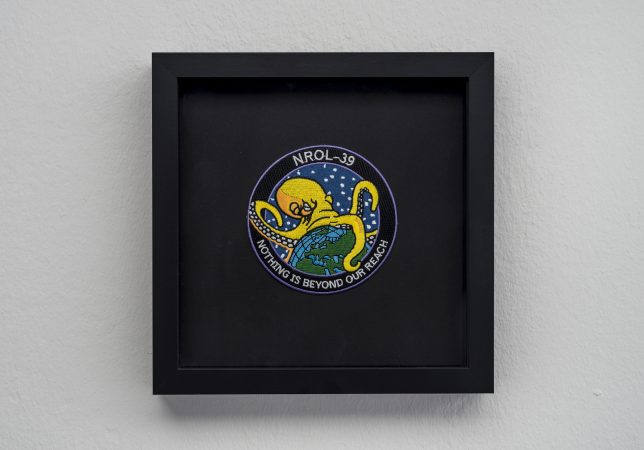 Through his work, Trevor Paglen seeks possible metaphors for ubiquitous mass surveillance and data collection and the systems of power connected to these activities. His projects focus in particular on the infrastructure of the United States’ surveillance activities, the so-called ‘black world‘ hidden from public view. Using advanced technology and models for gaining collective knowledge, Paglen is able to photograph remote restricted military areas, the secret flight paths of reconnaissance satellites and drones and the topography of transoceanic fiber optic cable networks. Traces of the repercussions of government-mandated control and military surveillance unfailingly remain inscribed in his photographs. Their production thus becomes a political project with aesthetic consequences. Paglen’s work is preceded by broad-based research in collaboration with scientists, amateur astronomers, computer scientists and human rights activists, whose documentation Paglen shows in his comprehensive exhibition for the first time.

The triptych of nighttime aerial photographs shows locations from which the American government’s covert intelligence agencies operate. The structures’ size alludes to the enormous scope of surveillance activities carried out under their control. In his portrayal of National Security Agency (NSA) headquarters in Fort Meade, Paglen deliberately chooses the very same perspective used in a photograph from the 1970s, which the agency still uses as their public image.

Traditionally thought of as an extraterritorial space and a symbol of freedom and boundlessness, the sky takes on a different connotation in the photographs of this series. Paglen addresses the sky as a politicized space through his depiction of its colonization by surveillance technologies, such as those used in drones, in the service of national authorities.

The work “Everyday Landscape” is a sustained investigation into a network of aviation companies, private intelligence firms, state officials, and monied interests behind several covert government actions, including aspects of the CIA’s rendition program. Culled from several years of research into legal documents coupled with painstaking, papparazi-like photographic work, the piece points towards some of the most violent and secret programs undertaken by the American government. The piece asks questions about the nature of visual evidence, and asks the viewer to question their assumptions about the aesthetics of violence.

Seventeen Letters from the Deep State (2011)

The seventeen documents were made public during a court case between two transportation companies working for the U.S. government. Upon closer inspection, one can see that different signatures have been used under the same name. As a matter of fact, the shipments often have been linked to ‘black sites’, secret prisons run by the U.S. government. These sites have come to be known through the democratically contested practice of ‘extraordinary rendition’: the unauthorized detention of individuals and their transfer to places where they are no longer under United States jurisdiction.

Surveillance technology and drones send data over wide distances and long periods of time to personnel stationed in the U.S. The images are often transmitted without encryption to reduce delays within the system. The source material for Paglen’s video work “Drone Vision” was intercepted by a hacker from one of the channels used for these purposes and leaked, thus made available to the public on the Internet.

A number of military sites are located in remote parts of the U.S., shielded by dozens of miles of restricted areas. They are so inaccessible that there is no standpoint from which one could see them with the naked eye. To produce images of these remote and hidden places, unconventional visual and imaging technologies are necessary. The immense distance between camera and subject, as well as dust particles in the atmosphere and the resulting thermal light refraction, dissolve the boundaries of what can be depicted. The series “Limit Telephotography” includes photographs of landscapes that, using the technology of high-power telescopes, are similar to those resulting from astrophotography. Controlling visibility through military activities is explored here allegorically through the moment of seeing.

The “Autonomy Cube” is a sculpture that Trevor Paglen developed in cooperation with Internet activist Jacob Appelbaum. It contains a number of mainboards connected to the Internet that generate a freely accessible WiFi hotspot. Visitors can use the network to surf the Internet. The sculpture routes all data streams to ‘Tor’, an anonymity network that hides connection data among those of other users on the network and is sustained by a global network of thousands of voluntarily operated servers. The “Autonomy Cube” itself becomes a relay within the network that helps other users around the world render their Internet usage anonymous. The sculpture, the Kunstverein, and the visitors thus become part of a privacy-oriented and voluntarily operated Internet infrastructure. 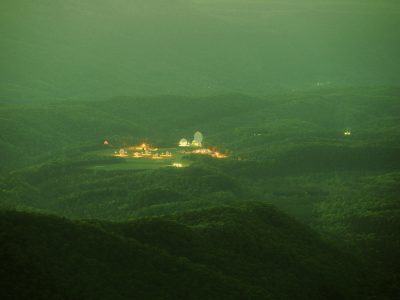