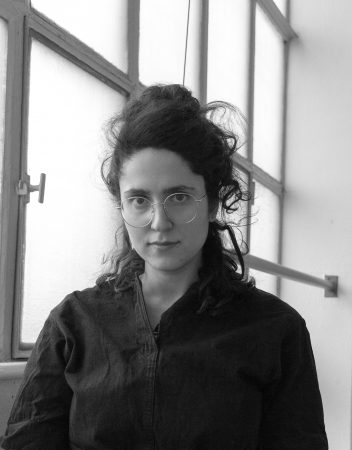 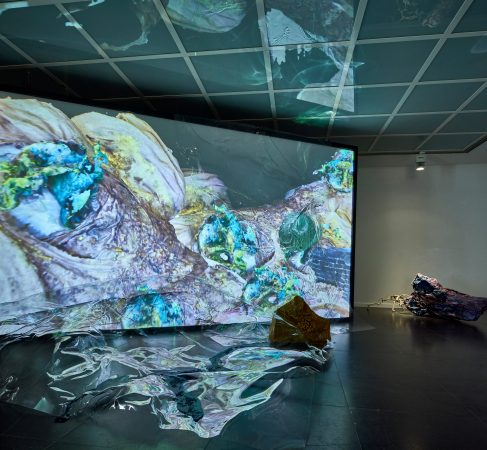 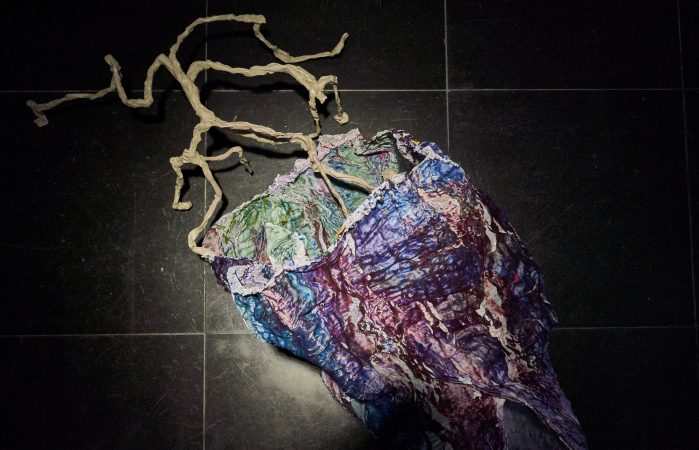 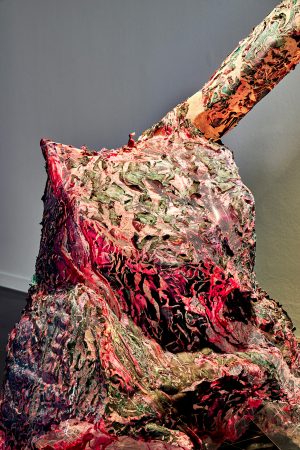 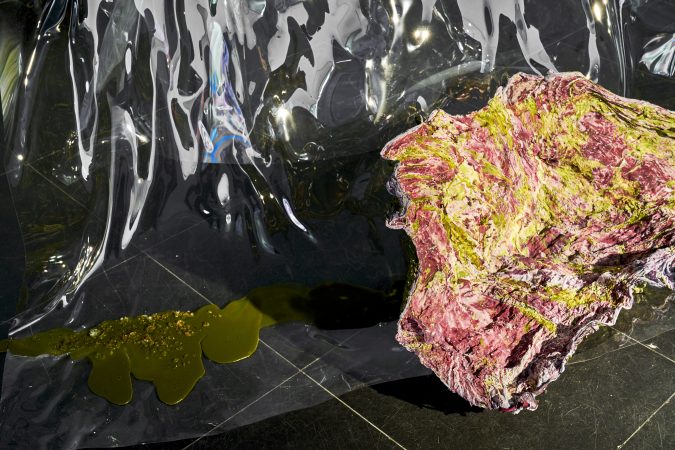 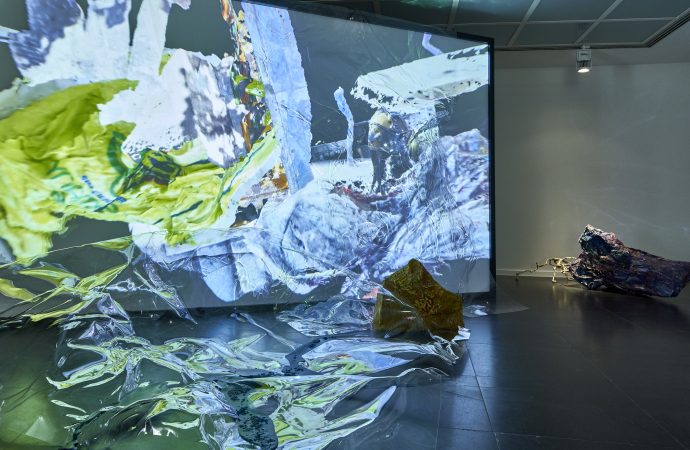 Wagehe Raufi’s artistic investigation is a closer examination of the interface between material presence and digital fragility. Her installations dissolve the boundaries between analog and digital space by allowing real objects to encounter their logarithmic depiction and assembling them into artificial landscapes. With her sculptures and video works she attempts to expand digital space and to incorporate it into our immediate present.

Wagehe Raufi captures both found objects and her own sculptural works with laser scanners. She duplicates the real items in their digital reflection, so that their delimitations seem to dissolve. The result is a seemingly never-ending tracking shot across surface structures merging into each other. Digital objects loom on the horizon of the video with hypnotic constancy; their fragile surfaces seem to be generated pixel by pixel. The objects in the rendered sequence glide out of the depth of the unformulated background of the image. If the viewer visualizes the continuation of this movement into real space, the digital objects would become real and create an image space in which even the viewer becomes part of the construction.

Wagehe Raufi works with transparent and opaque hard plastic disks that she heats up and shapes into three-dimensional floor objects. The thermoplastic material, which was used to mold the objects, now encases a negative space on which she incorporates image fragments as well. Line grids emerge from behind the surface of these transparent volumes. In addition, the artist forms three-dimensional grid structures onto which she applies pigments, chemical substances, and organic materials such as hydrogel or agar-agar. The living processes of the organic substances ensure that they change their consistency and color in their growth and decay. As part of an exchange with the environment and surrounding materials, the fabrics dry and warp, and dissolve the surface. The hybrid objects unite organic and synthetic materials to form novel image surfaces of colors and textures that independently react to each other in the process.

Wagehe Raufi explores how different technical and analog methods can be used to translate objects into other media and forms. In her work surfaces are repeatedly scanned, translated, and transferred. The grid pattern on the transparent objects is a reference to digital software that is used to identify and measure objects. These ways of scanning reality allow what is solid to become porous and seemingly loosely connected surface formations, referring to how we understand and construct our environment. 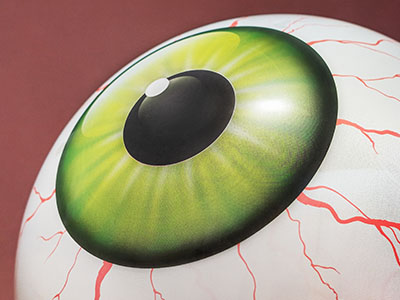 And This is Us: Young Art from Frankfurt