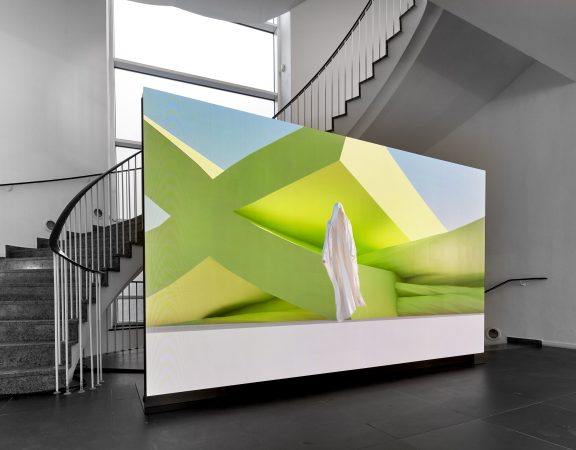 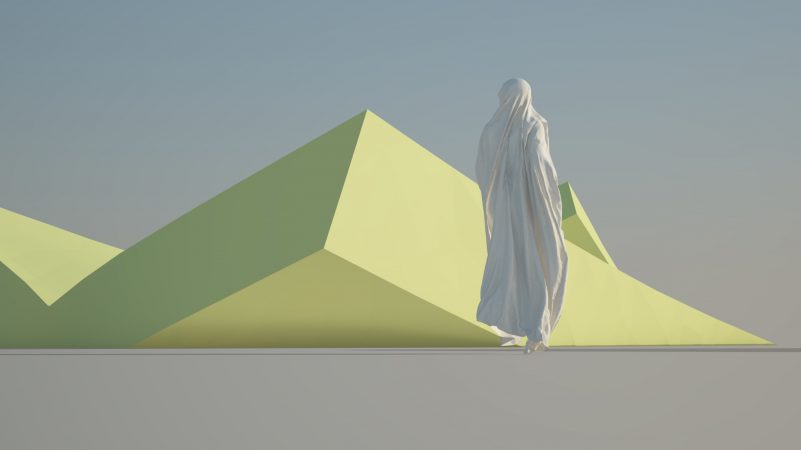 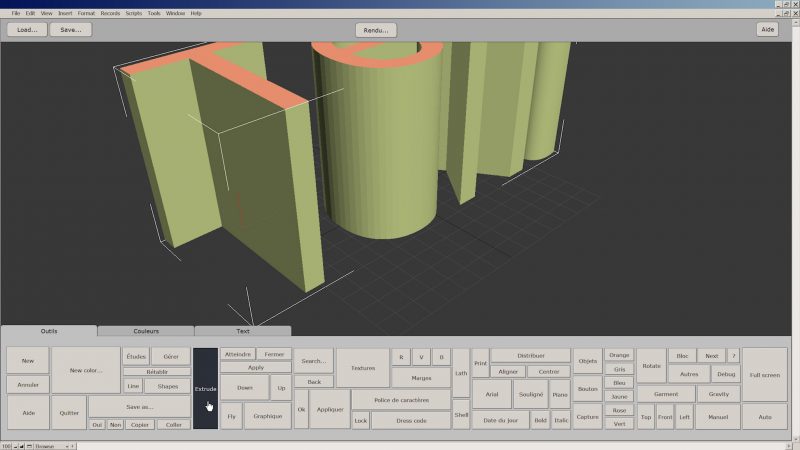 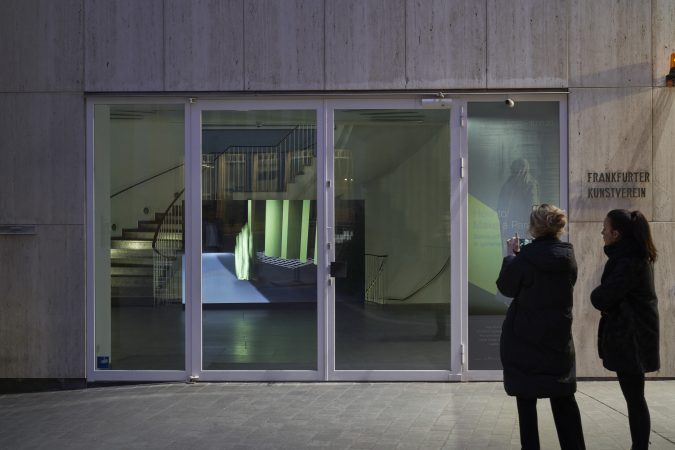 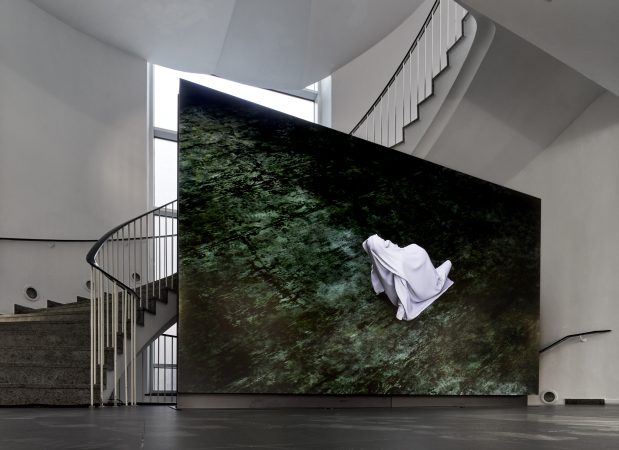 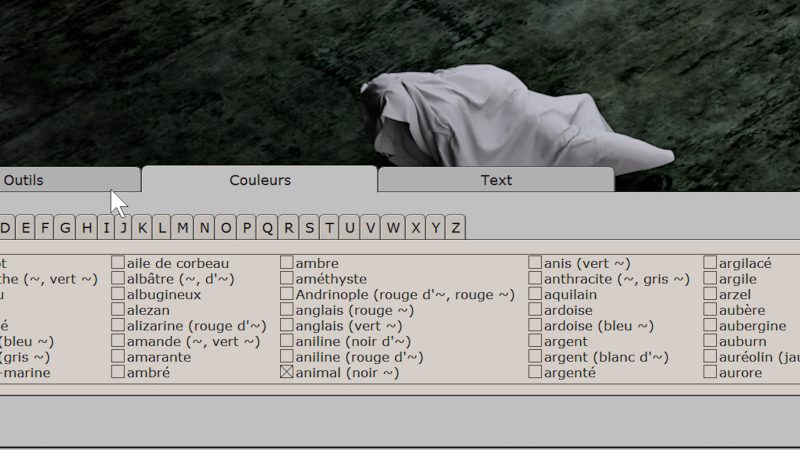 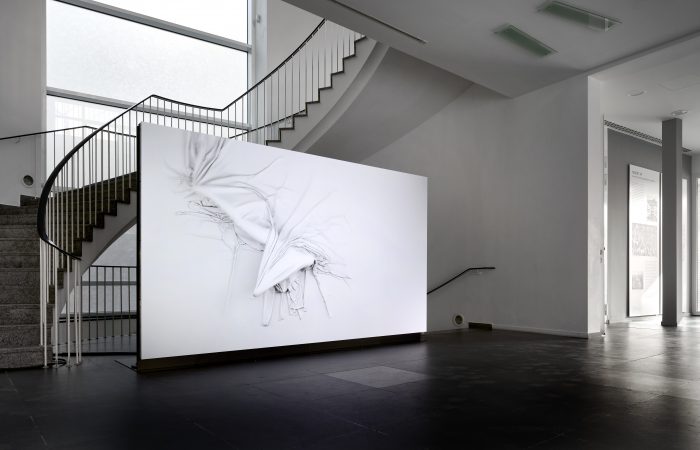 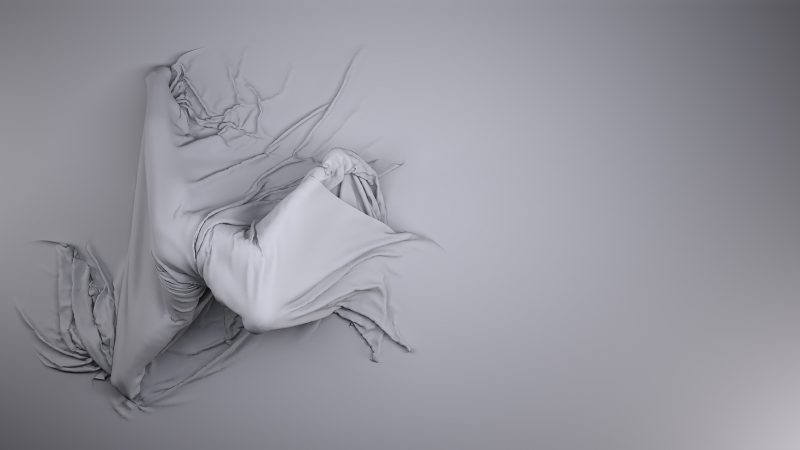 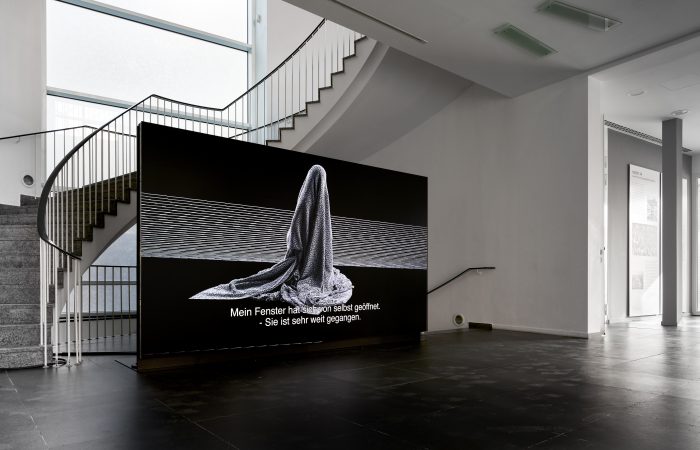 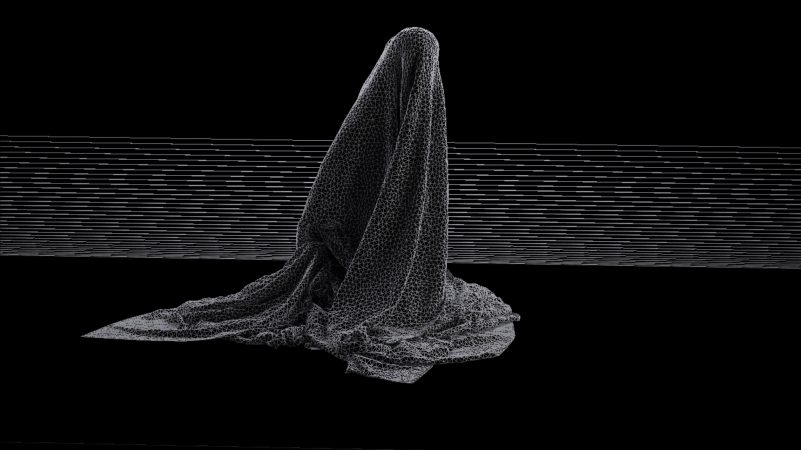 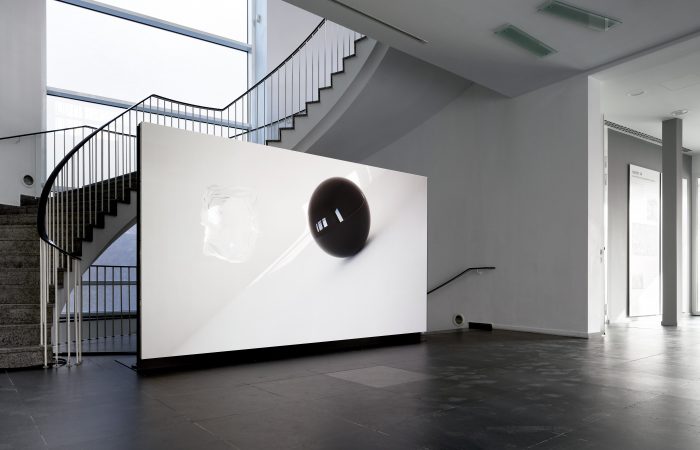 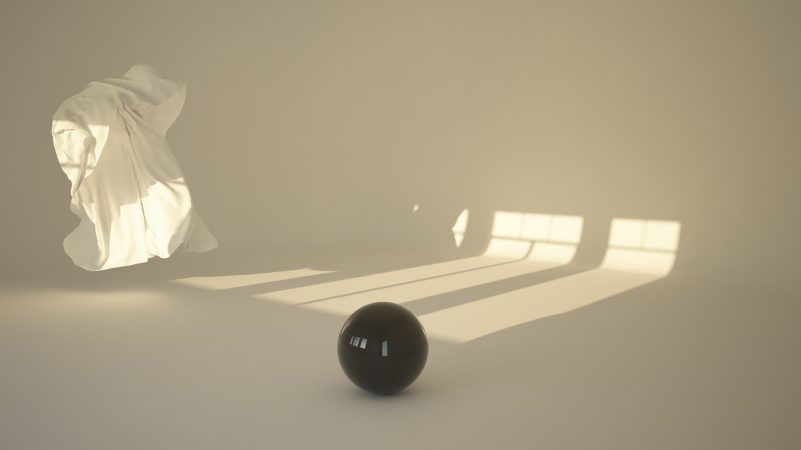 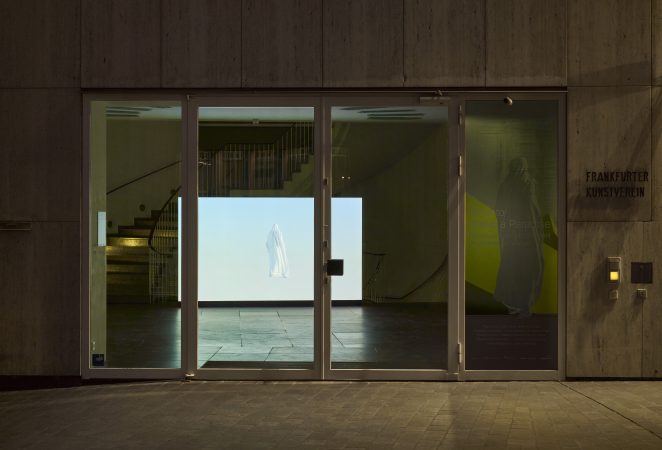 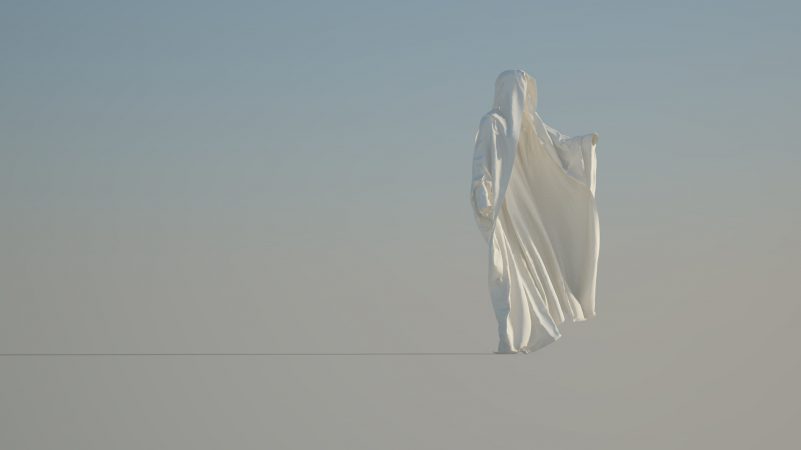 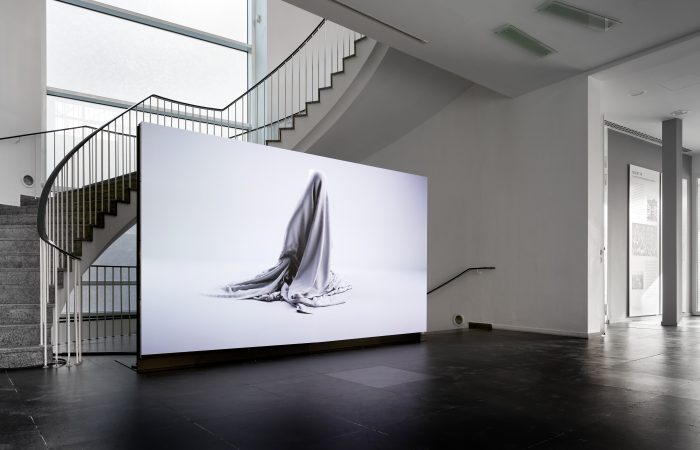 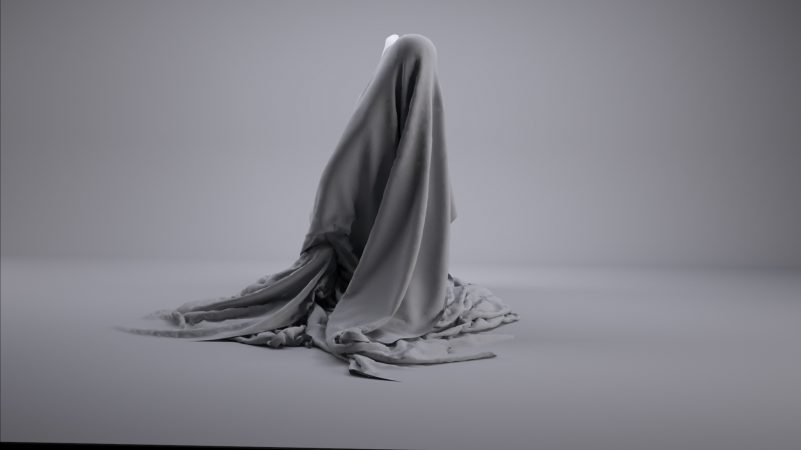 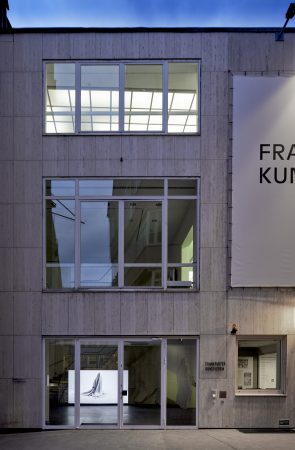 Elisabeth Caravella (*1986) is a French filmmaker who acquired technical digital design knowledge with the help of “how to” instructions on the internet. The artist draws attention to this learning and these animation software skills in her work “Howto”. The film takes on the perspective of a designer, allowing us to follow what happens on the screen through the individual work steps and comments. At first, the animation adopts the two-dimensional screen aesthetics of a graphics program. As a stylistic device, Caravella uses the visual and formal language of an online tutorial until the narrative moves to another level.

We observe how the fictional designer, whose voice we hear, uses the software’s individual design options such as colouring an object or selecting a font. During this ongoing process, her decision-making authority increasingly slips away from her. The program no longer allows changes and begins to set parameters of its own accord. Now acting autonomously, the software leaves the author with an ever decreasing scope for choice in the design. After entering a password, she leaves the screen view of the software work-window completely, and the action switches to a full-screen film format. A new space of illusion is created. A figure appears that breaks with the laws of the operating window, moving through the machine world like a ghost. The movements of a dancer were transferred through motion capturing, so that the cape-like form visible on the screen appears and disappears in flowing movements. The ghost in the machine becomes the protagonist.

By nesting levels of reality, distinction between the different staged spaces is blurred. Who makes decisions within the pictorial world? Increasingly, the question of authorship and loss of control in artificial realities becomes apparent. Caravella addresses the longing for the creation of parallel worlds; the desire to break out of everyday structures into fantastic spaces of illusion and places free of deficiency. Sites that seem to transcend the rules of everyday life, but that simultaneously demand subordination to new ones.

What begins as a journey in the first person through a creative process in a graphics program, turns into a pictorial reflection on the longing and attraction of fabricated artificial worlds in which we can lose and find ourselves again.

“Howto” is presented on Samsung The Wall