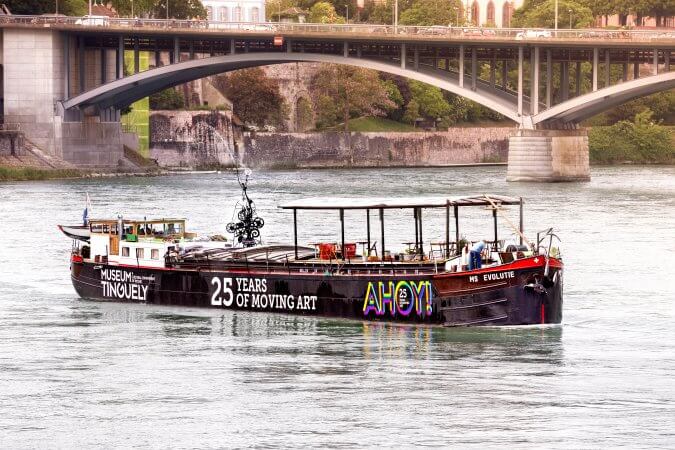 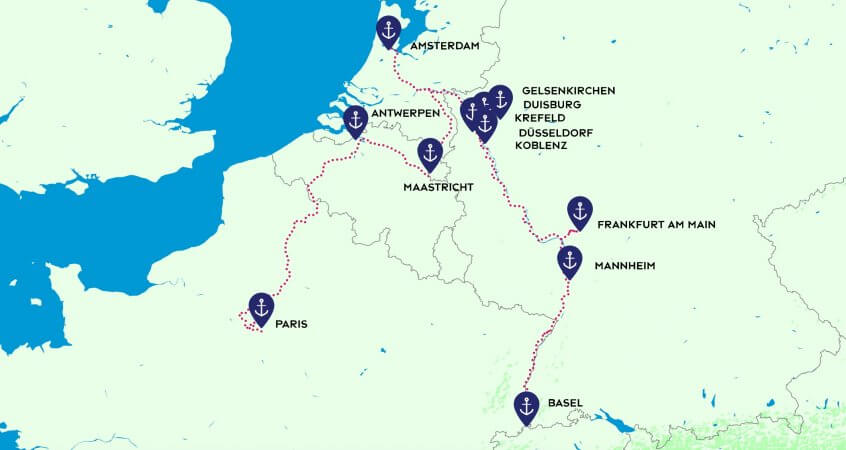 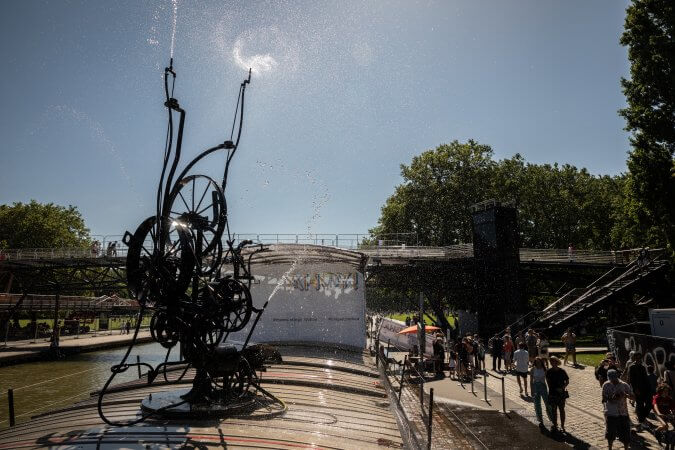 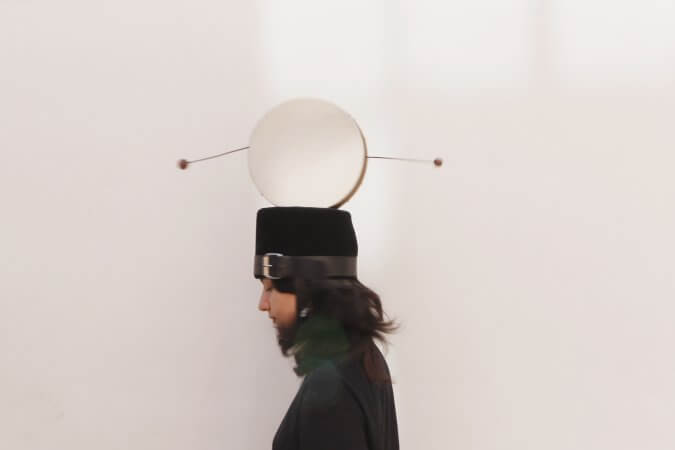 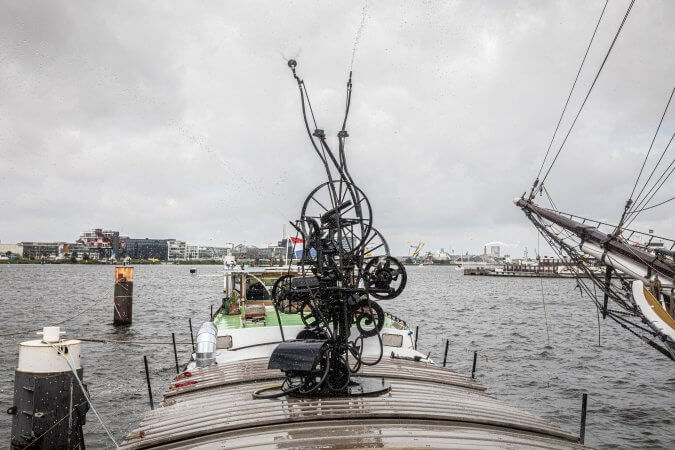 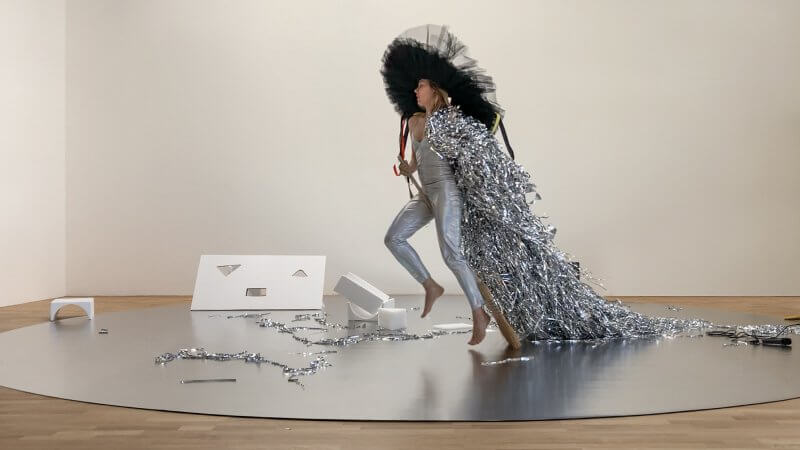 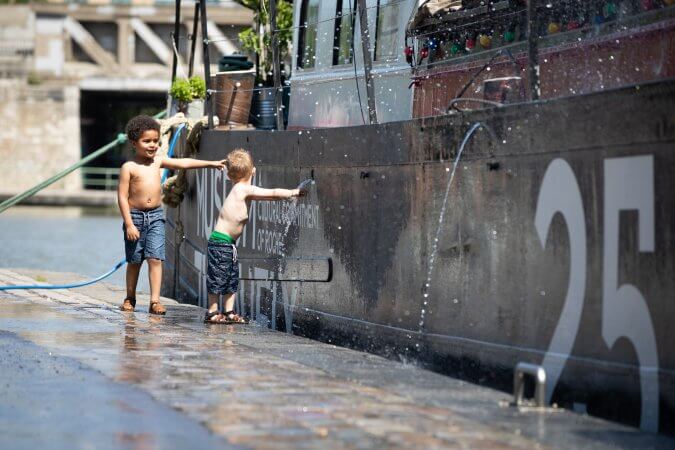 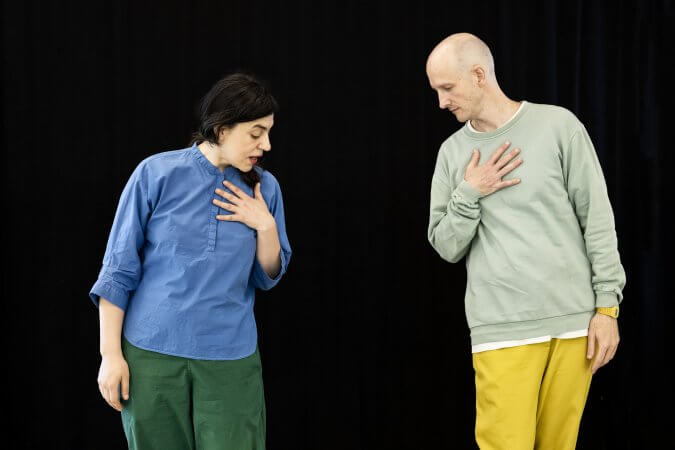 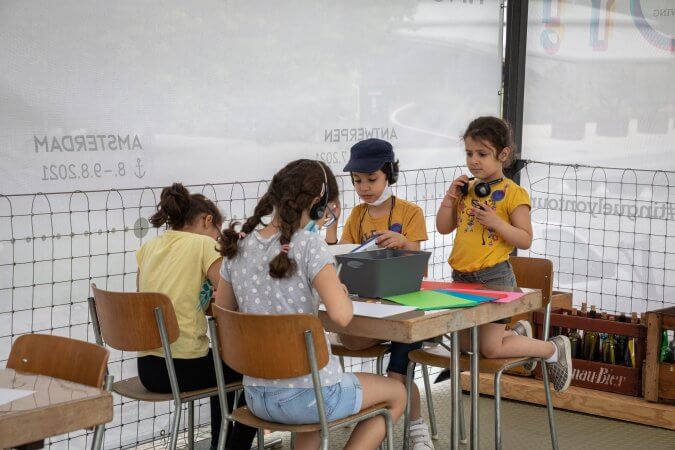 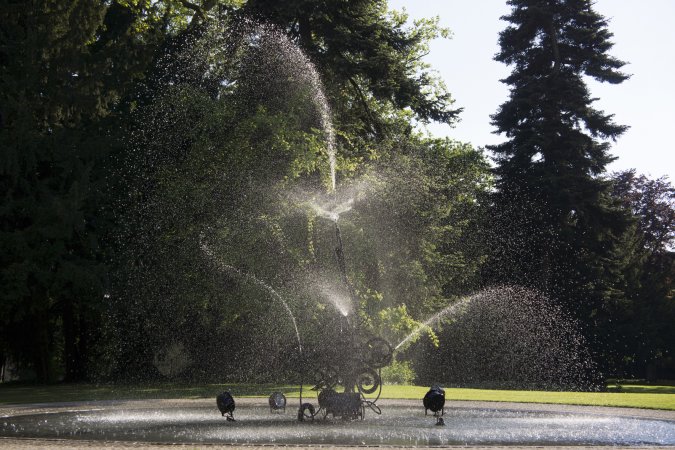 To mark the 25th anniversary of the Museum Tinguely, the Frankfurter Kunstverein welcomes the museum ship on its voyage in Frankfurt and cordially invites the citizens of Frankfurt, school classes and art enthusiasts. «Museum Tinguely AHOY!» is devoted to taking the art of Jean Tinguely (1925–1991), one of the greatest and most innovative Swiss artists of the twentieth century, to the people in a specially converted barge. Its travel stops will be places of relevance to Tinguely’s artistic career, from Paris to Antwerp and Amsterdam, and from there upriver through the urban centres of the Rhine-Ruhr region and back to Basel. From September, 8-9 the museum ship will also make a stop in Frankfurt at the Nizzawerft on the Main and furthermore will present three top-class performances at the Frankfurter Kunstverein.

The Performance Programme at Frankfurter Kunstverein

«Museum Tinguely AHOY!» is flanked by a wide-ranging, high-calibre performance programme. This will include three different performances, for which Museum Tinguely itself will be the guest of local partner institutions. Three performance artists of international renown, Nevin Aladağ (D), Keren Cytter (IS) and Marie-Caroline Hominal (CH) are each preparing a new piece especially for this project. Rooted in different fields ranging from music to theatre and dance, their works will showcase an array of different performance approaches. In this respect, their work will recall the many-facetted performance practices of Jean Tinguely himself, as well as the blending of art and life that he so famously aspired to. The performances will be adapted to the given situation at each location and will take place next to the barge or at the respective partner institution.

An avid creator of kinetic sculptures, Swiss artist Jean Tinguely made movement the centerpiece of his oeuvre, indeed of his whole life. His manifest Für Statik, which according to legend he printed as a flyer and scattered from a plane over Düsseldorf some time after 1959, begins with the words: «Everything is in motion. Nothing ever stands still.» As part of its festivities to mark ‹25 Years of Moving Art›, Museum Tinguely is to stage an exhibition true to the same motto – in a converted barge. The show will follow the trail left by Tinguely the artist, traveller, networker and friend. The exhibits installed inside the hull of the barge – c. 100 square metres in area – will take visitors back in time, enabling them to follow Tinguely’s trajectory from his first shows in galleries in Paris in the late 1950s to his first solo exhibition at the Haus Lange Museum in Krefeld in 1960 and the great retrospectives, including that at the Wilhelm Lehmbruck Museum in Duisburg in 1978.

Please book your tickets for the exhibition here.

Curator of the show: Giorgio Bloch

One highlight of the trip will be Tinguely’s Schwimmwasserplastik (1980), the fountain that normally stands in Solitude Park in front of Museum Tinguely, but that for the duration of «Museum Tinguely AHOY!» is to be mounted on the deck of MS Evolutie. This fountain sculpture with its distinctive black drive wheels and five different waterspouts attached to pliable hoses sprays water in several directions at once. Depending on which way the wind is blowing, viewers of this mechanical spraying spectacle risk getting sprinkled themselves. Tinguely wanted his contraption to spurt copiously to the four winds like a watery fireworks. Water’s playfulness was something he was especially fond of. He used it to broaden the scope of his metal sculptures, some of which he fitted with waterspouts, just as he invested others with movement and/or sound and by doing so turned them into a multi-sensory experience.

Art Education on Board

The varied programme of onboard education events and workshops designed to promote a more hands-on form of engagement with Jean Tinguely’s artistic cosmos is aimed primarily at children and young people.

Group activities such as Wassertonfall, Flaschenpost and Méta-Splash will enable visitors on the barge to be spontaneously inquisitive and creative, while organized groups and parties of schoolchildren will be able to book a visit of the barge combined with a workshop.

The barge’s journey will be accompanied by a series of podcasts in form of a weekly blog with stories relating to the places visited and the people encountered en route. Visitors to the website www.mtahoy.com, will be able to take up the museum’s challenge to post their own water audio experiments as a Sound in a Bottle.

The route taken by the MS Evolutie will lead from Paris to Amsterdam and then back to Basel with stopovers in places that played a role in Jean Tinguely’s career and the reception of his works. The barge will leave Basel on 25 June and reach its first port of call, Paris, on 17 July. From there it will travel to Antwerp and Amsterdam, before returning up the Rhine to Basel, where it will arrive just in time for the Museum Tinguely Birthday Party to be held from 24–26 September 2021. The travel stops were selected on grounds of their historical relevance regarding Tinguely’s career as an artist, although they also include cities that are home to institutions with close ties to Museum Tinguely. The route also emphasizes how internationally minded artists were even in the mid-1950s and how crucial this cross-border network still is to Museum Tinguely, even today.

«Museum Tinguely AHOY!» is a unique opportunity to take both Tinguely the artist and the museum dedicated to him on tour – that is to say, out of Basel and to various European cities that figured prominently in his life and works. The barge will be open to visitors in each country, subject to the prevailing Covid-19 regulations.

Gelsenkirchen, 16–17 August, Musiktheater
In 1958 and 1959, Tinguely was invited by Yves Klein to participate in the decoration of Musiktheater Gelsenkirchen, where he installed a kinetic relief that is still there today.

Duisburg, 20–21 August, Wilhelm Lehmbruck Museum
In 1976, Tinguely was awarded the Wilhelm Lehmbruck Prize and in 1978 the museum staged a major one-man show Jean Tinguely: Meta-Maschinen. Even today, several of the artist’s kinetic sculptures are among the most spectacular works in the museum’s collection.

Düsseldorf, 28–29 August, ZERO Foundation
Tinguely was friends with the Zero artists, with whom he conducted an artistic dialogue. He took part in joint exhibitions and publications and had several exhibitions at Galerie Schmela in Düsseldorf (1959, 1976, 1989). And it was here, in 1959, that he staged the dropping of his manifesto Für Statik from an airplane. 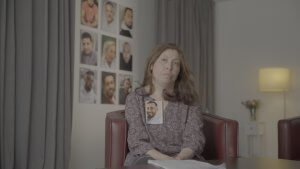 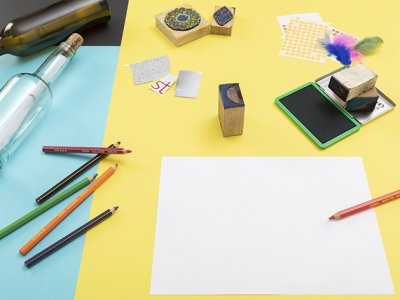 Workshop Message in a Bottle – on the Tinguely museum ship 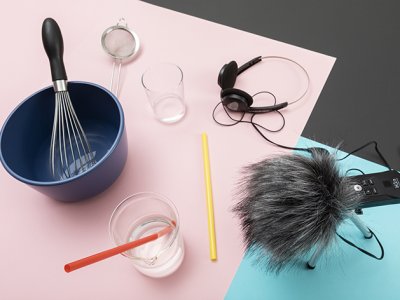 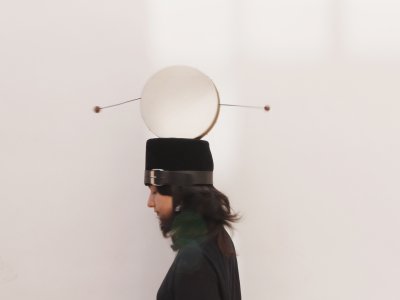 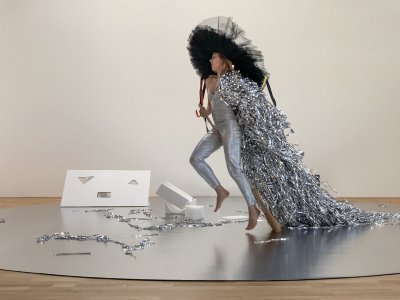 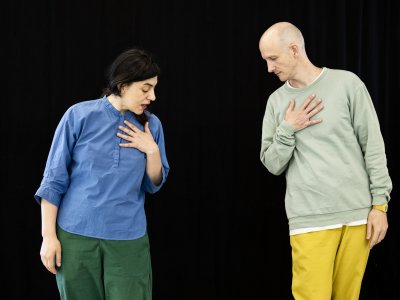 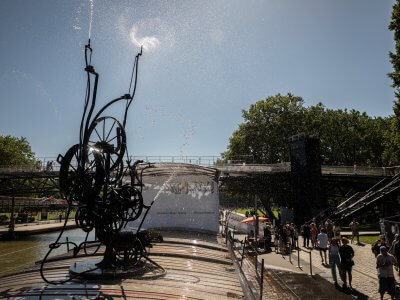