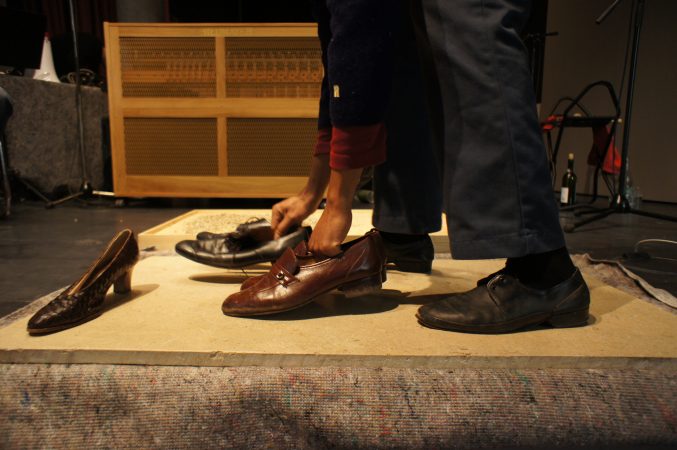 At Hand – episode one

Taking part in the “New Frankfurt Internationals” performance series, the American artist Adrian Williams presents the short story “At Hand” (2010) with musical accompaniment as a live radio drama performance. The work tells the story of a fictional protagonist who loses his luggage at the Frankfurt airport, and it tells of his search and attempts to reclaim his suitcase. The title “At Hand” indicates that something is about to happen or is happening, just like the performance itself or the events it relates, which largely concern the moments just before something takes place. The dramatic composition of the radio drama performance is defined by Williams narrated story, live set to sound with three musicians and an actor, all acting nearly tonal intuitive. “At Hand” is based on the transcription of a six-part series conceived, narrated, and performed by Williams this past year as a one-hour radio program broadcast over a period of six months. “At Hand – episode one” is the first part of this series.

Adrian Williams (born 1979) studied at Cooper Union, New York and the State Academy of Fine Arts Staedelschule in Frankfurt a. M., where she also lives and works.