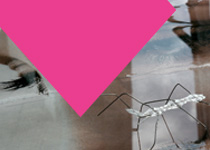 Michel Klöfkorn has made a name for himself primarily through the production of music videos. He has worked for Sensorma “Star escalator” (1998), Jan Delay “Vergiftet” (2001), created a video campaign for the anti-globalization movement attac to accompany the song “Alles auf Anfang” (2011) by Wir sind Helden. He also works as an animator and
illustrator for French TV channel arte in Paris.

Klöfkorn looks for novel and unusual ways of illustrating music and in doing so he has developed a keen eye for the small details of everyday life. In his works the filmmaker explores the technical world, but also current political topics such as sustainability and the daily inundation with information.