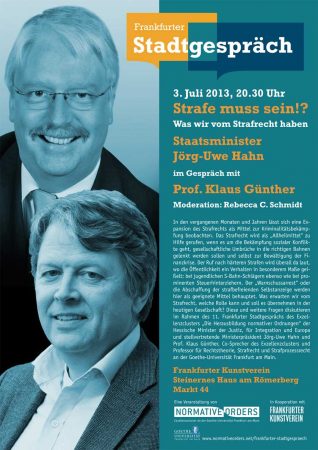 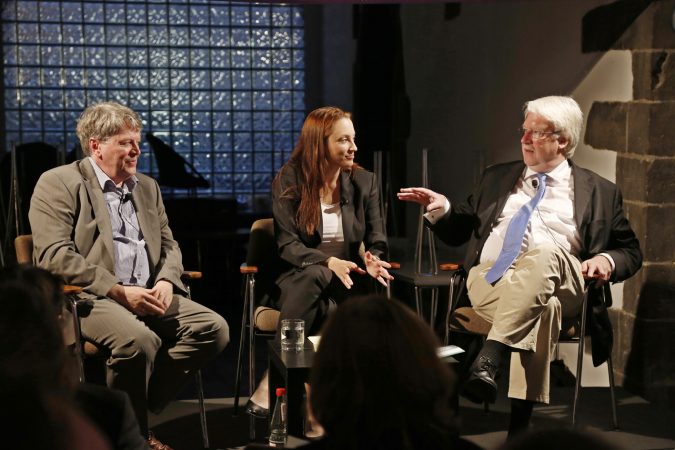 Frankfurter Stadtgespräch: There Must Be Punishment!? What the Penal Code Provides

The panel discussion has addressed the question of the role of criminal law in present-day society. In recent months and years, criminal law has undergone an expansion as a means of combating criminality in the most diverse areas. Criminal law is invoked as a “panacea” in combatting social conflicts, when we want to steer social upheavals into the correct channels and even in coming to grips with the financial crisis. In this regard, more stringent penalties seem to be an effective means of combating criminality. The call for more severe punishments goes up wherever the public becomes especially worked up about a particular form of behaviour, be it attacks by youths on trains or tax evasion by well-known public figures.
Clear initiatives have also recently come from the Ministry of Justice of Hesse – for example, the introduction of “warning-shot detention” for youths last year. Among the ranks of the more leftist political parties, by contrast, a toughening of criminal law in the case of young offenders, drug offences, and the like, is rejected out of hand. However, calls for increases in penalties for tax evaders and bank advisers are made repeatedly, especially when prominent individuals attract media attention for crimes such as fraud and tax evasion.
Is this to apply criminal law, over and above its function as a last resort, as a political instrument for combating crime for purely symbolic purposes? Is criminal law even a suitable political instrument for combating social conflicts? What do we expect from criminal law? What role can and should it assume in present-day society? These are among the questions to be discussed in the 11th Frankfurt Encounter of the Cluster of Excellence “The Formation of Normative Orders” by Jörg-Uwe Hahn, Minister of Justice, for Integration and Europe and Deputy Minister-President of Hesse, and Prof. Klaus Günther, Joint Coordinator of the Cluster of Excellence and Professor of Legal Theory, Criminal Law and Law of Criminal Procedure at the Goethe University Frankfurt. The discussion has been moderated by Rebecca Caroline Schmidt, herself a lawyer and Scientific Manager of the Cluster.

Jörg-Uwe Hahn is Minister of Justice, for Integration and Europe and Deputy Minister-President of Hesse. He studied law at the Goethe University and practised law for many years. The FDP politician has come to prominence recently, among other things, as a proponent of so-called warning-shot detention. In the meantime, this form of the juvenile detention, lasting up to four weeks, can be imposed in addition to a suspended juvenile sentence.

Klaus Günther is Joint Coordinator of the Cluster of Excellence ‘The Formation of Normative Orders’ at the Goethe University Frankfurt and Professor of Legal Theory, Criminal Law and Law of Criminal Procedure in the Faculty of Law. His main areas of expertise are the philosophy of law, discourse theory of law and the theory of legal argumentation, concepts and theories of responsibility, legal theory of globalisation, sociology of law, law and literature, and foundational problems of criminal law.

Rebecca Caroline Schmidt studied law at Goethe-University Frankfurt/Main and has been Scientific Manager of the Cluster of Excellence ‘The Formation of Normative Orders’ since the beginning of the second funding period on 1 November 2012. Prior to her appointment, she participated in a variety of university research projects both as researcher and coordinator.

Presented by:
Cluster of Excellence “The Formation of Normative Orders” in cooperation with Frankfurter Kunstverein 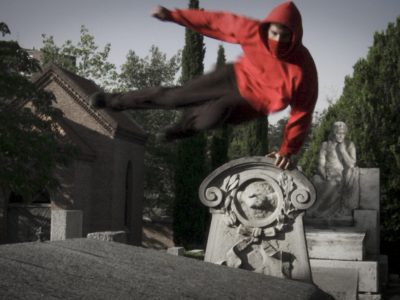