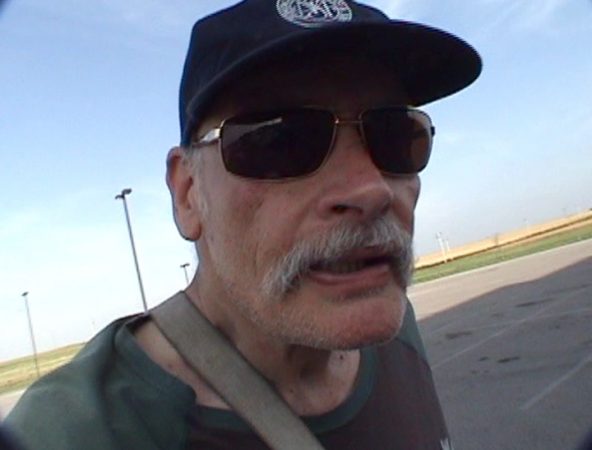 Pioneering American underground artist George Kuchar, who died in 2011, amassed a body of work including almost forty 8mm and 16mm films and hundreds of works on video. Kuchar’s work on film is long considered an essential contribution to the history of innovation in the international post-war avant-garde. His personal, often confessional work on video, however – including his extraordinary video series of twenty-six Weather Diaries (1985-2011) – has only recently begun to receive the scholarly and art-world attention it deserves. This presentation has provided an analysis of the artist’s idiosyncratic visual work and has argued that Kuchar’s first-person narration functions as a form of fabulation that effects a transformational relationship between artist and character, between videomaker and documentary subject, and between “I” and actress.

Marc Siegel is a research fellow at the Institute for the Studies of Theatre, Film and Media of Goethe Universität in Frankfurt am Main. His research focus is Avantgarde-Film and Queer Studies. Recent publications include Synchronisierung der Künste (ed. with Gertrud Koch and Robin Curtis, Fink Verlag, 2013) and Reproducing W+B Heins Materialfilme, (München: Edition Filmmuseum, 2012). As a freelance curator he has, among others, presented “Camp/Anti-Camp. A Queer Guide to Everyday Life” (with Susanne Sachsse, HAU/Berlin, Mousonturm/Frankfurt 2012), “George Kuchar” (Berlin Biennale, 2010) and “LIVE FILM! JACK SMITH! Five Flaming Days in a Rented World” (with Susanne Sachsse und Stefanie Schulte Strathaus, 2009).

Lecture will be in English.