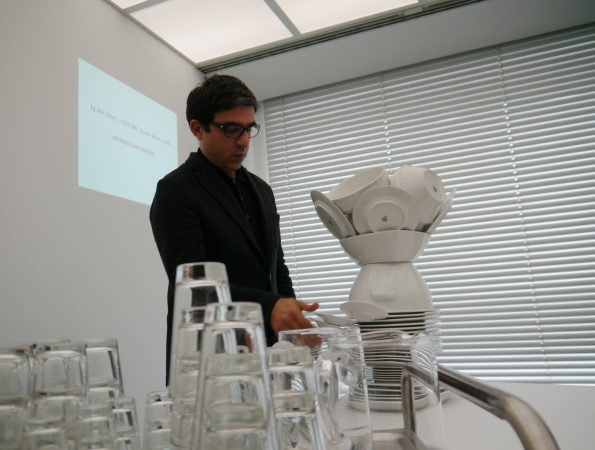 In four different performances Raman Zaya explored real and possible future burial rituals of the 21st century. He thus dealed with the transformation of the dead body into usable objects, which promises in various ways an ongoing existence and immortality.

Raman Zaya (born 1965 in Teheran/Iran, lives and works in Frankfurt am Main) studied film and philosophy at the Johannes Gutenberg University Mainz. Addressing issues of philosophical and sociological relevance, his works probe the boundaries of presentation, representation, and participation. Zaya combines documentation with argument as well as the scientific with the invented; he creates spaces of an objective-poetic landscape, in which the boundaries between reality and fiction are blurred. A central element of his performative installations, performances, texts, and images is the examination of existential, borderline situations and the dilemmas of human existence in the 21st century.