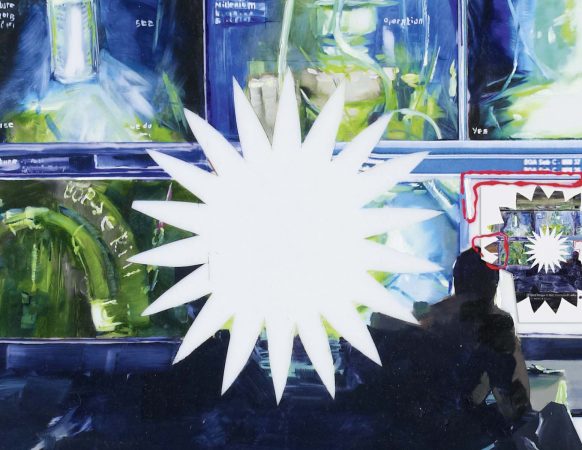 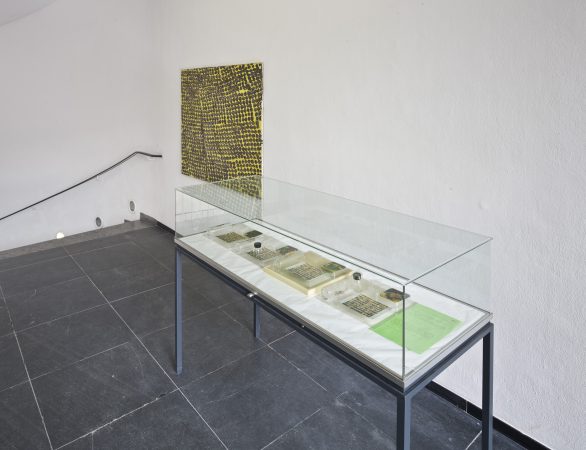 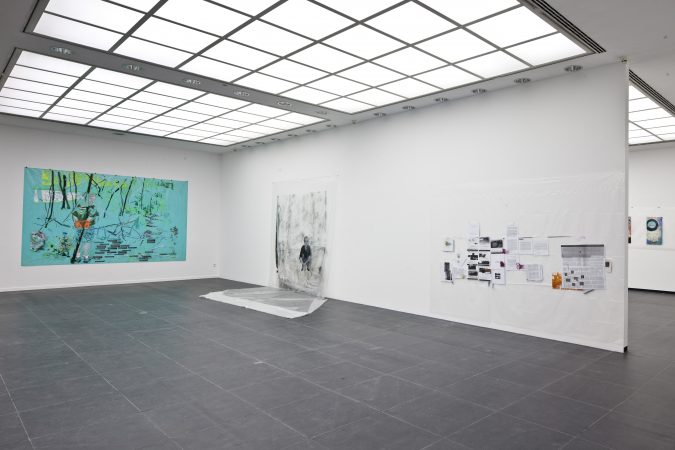 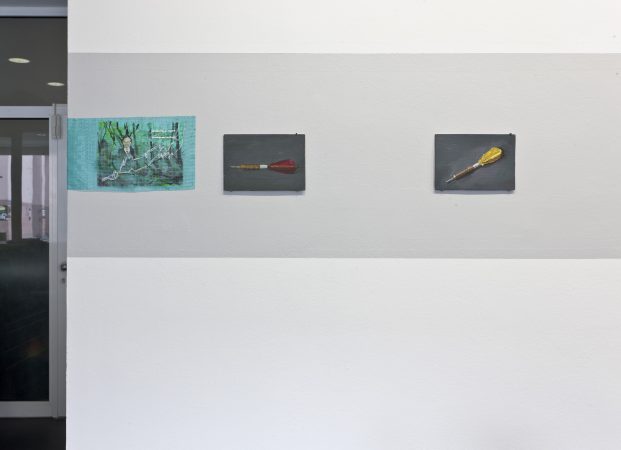 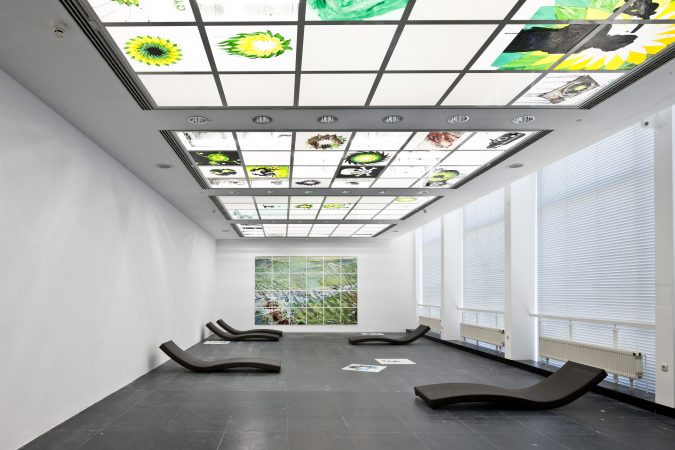 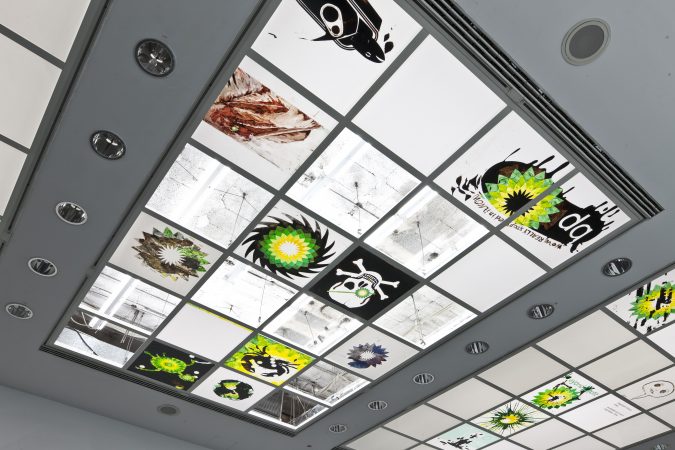 Dierk Schmidt: Image Leaks – On the Image Politics of Resources

The Frankfurter Kunstverein was presenting a comprehensive solo exhibition by German artist Dierk Schmidt (born 1965). A core question explored by his work is how artistic images can address everyday political events and their historical legacy. Through installation-based painting series and text-based works Schmidt explores the possibilities of critical painting. Above and beyond the simple depiction of historical events he is interested in an expanded definition of historical painting, i.e. a constant monitoring of historical references in the present. He does not consider his painting as the depiction or mere reflection of social constellations but as a medium that serves as a point of argument and can potentially reveal conflicting interests.

Many of Schmidt’s projects to date have focused equal amounts of attention on the economic conditions of (his own) artistic production as well as broader economic and political interrelationships. For example, his exploration of commercial branding included an explicit critique of image production and invasive identity transfers from the context of art. Another project dealt with the debate surrounding the compensation suits of former forced laborers, which were countered by rigorously employed strategies of haggling or delay on the part of former German industrial enterprises.

Created for this exhibition in the international financial center of Frankfurt, his new works operate within a similarly conceived thematic triangle: finance capitalism, image production, and resource politics. One of these works raises the question if (and if so, how) artistic image-making strategies could be used in any way “against” the kind of image politics that were manifested in conjunction with the disaster in the Gulf of Mexico caused by the multi-national oil company BP. In association with older, thematically related works, the artist’s recent works offer a complex picture of current economic-political relationships. 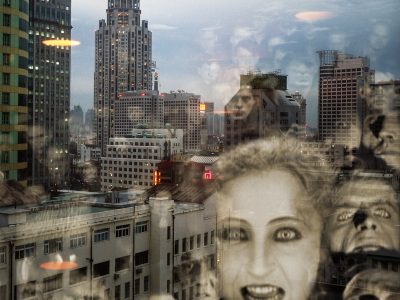