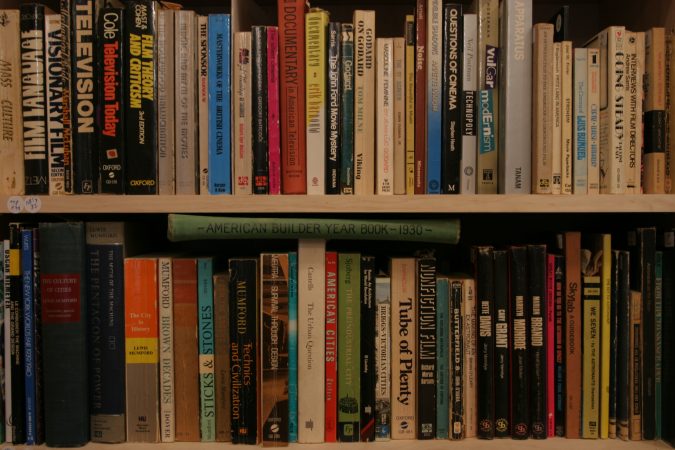 Speaking of Others: The Martha Rosler Library

„The Martha Rosler Library“ is a project in which a major portion of the artist’s private collection of books is made available for public use. The project was initiated by Martha Rosler and e-flux, in whose space on the Lower East Side in New York it was first opened to the public for a period of six months. At the Frankfurter Kunstverein the presentation of this itinerant project took a new shape in collaboration with Revolver Verlag, Frankfurt am Main.

Martha Rosler is one of the most important North American artists today and is a respected figure thanks to her critical writings. Over the years she has built up a large book collection of close to 10.000 volumes, which has functioned as a basis for her reserach in relation to her artistic work, teaching and writing. Over the years the major part of the library has co-existed with Rosler in her Brooklyn home and long ago began encroaching on the available living space. This created the space problem that helped engender the idea of temporarily moving the library – thus giving the public the opportunity to browse the collection. Theory, history, architecture, political journals, poetry, plays, novels and art books inform her collection, but also comics and science fiction, as well as books that arrive, not out of personal choice, but as gifts or found objects, or even books chosen for their strangeness.

A personal library represents the private sphere of an individual, her way of acquiring and combining knowledge. Accumulation is the result of an intellectual inquiry that takes place in parallel with a more random search, which can lead us to unexpected textual, and therefore mental, spaces. The Martha Rosler Library, which consists of about 7000 of the artist’s books, offers the visitor an opportunity to approach this open source of information with her or his own interests and to create new affinities and connections between the elements of the library that add to more than the sum of knowledge contained in it.

The intention is, through the summer period, to activate the library, inviting visitors to engage in readings and attend talks as well as to know more about the work and methodology of Martha Rosler, one of the most acute critical observers of our present time. In this connection Jessica Silverman, student at the California College of Arts, has been guest in the Residency Program of the Frankfurter Kunstverein in order to organise events, talks and workshops in and relating to the library.

Martha Rosler lives and works in Brooklyn, New York. She teaches at Rutgers University in New Jersey and travels widely to give talks. She has had numerous solo exhibitions worldwide and has been represented internationally in renowned exhibitions, such as Documenta and Manifesta. Moreover, she has published numerous books.

“The Martha Rosler Library” is a project by e-flux. In collaboration with Revolver Verlag it was presented in Germany for the first time at the Frankfurter Kunstverein. The project has been realised with kind support from Sparkassen-Kulturstiftung Hessen-Thüringen and the 1822-Stiftung.

“Speaking of Others” was a two-year project platform inviting international initiatives to the Frankfurter Kunstverein.

Speaking of Others: Inaki Garmendia 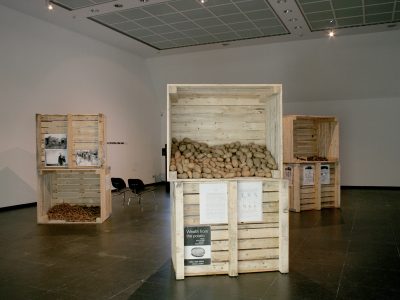 Speaking of Others. Tranzit, Auditorium, Stage, Backstage – An Exposure in 32 Acts