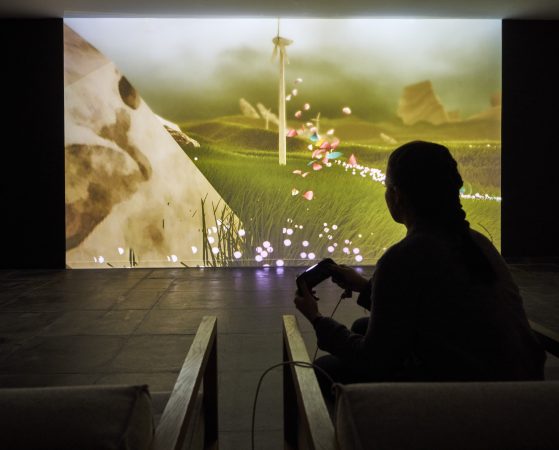 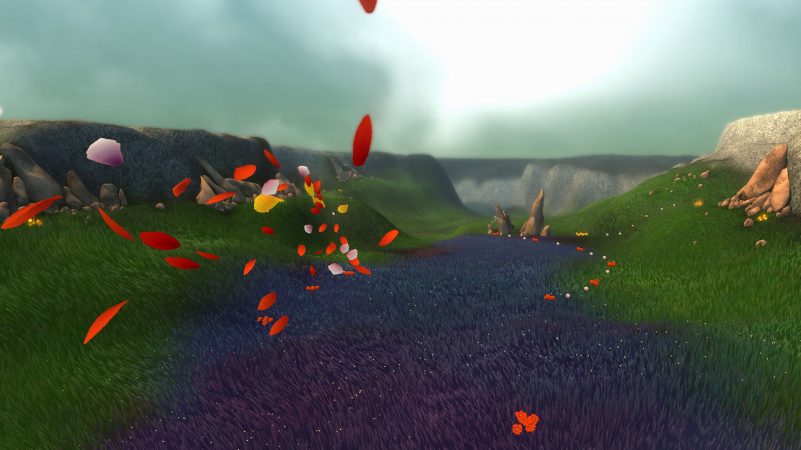 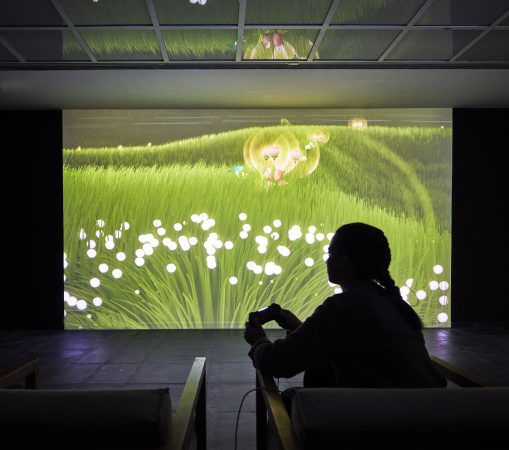 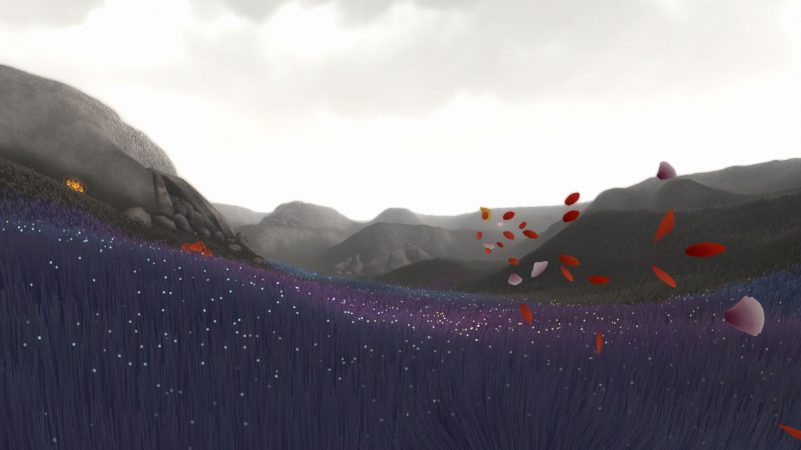 “Flower” is a deceleration game developed by Thatgamecompany. Released by Sony Entertainment in 2009, it was designed by Jenova Chen and Nicholas Clark for the PlayStation 3. Players slip into the role of the wind. The audio is suggestive, evoking the sound of the wind. The game develops over six levels. The starting point is always a flower on a windowsill. The player touches the flower to embark on a digital journey through colour and soundscapes.

Once in a level, the player controls the wind, which blows a single petal through the air. Tilting the PlayStation 3 controller tilts and rotates the floating petal. Pressing any key makes the wind blow stronger, moving the petal faster. There are different flowers in each level: when the player approaches them with the petal, they bloom and a new petal succeds the first one. As the player approaches certain flowers or groups of flowers, the game world changes. New environments become visible, dead grassy areas turn into light green fields and new flowers bud for the player to interact with. When a player flies through the flower, a melodic bell-sound chimes in harmony with the music. The music itself dynamically adapts as the world changes. It is impossible for the player to fail a level or not progress. The game offers no opponents, points or time limits. A single play through of the game takes about one hour.