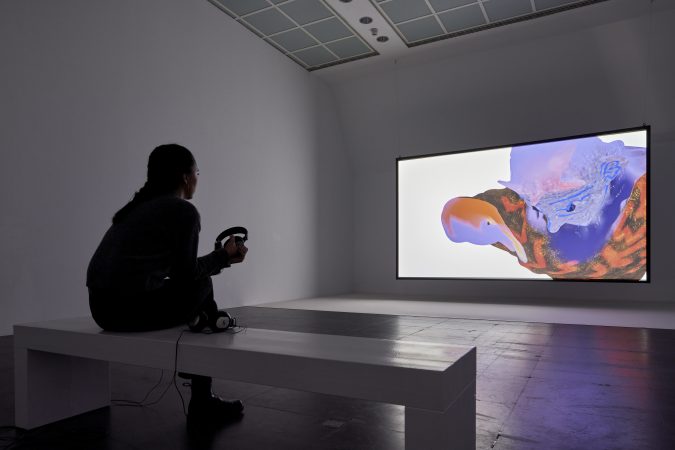 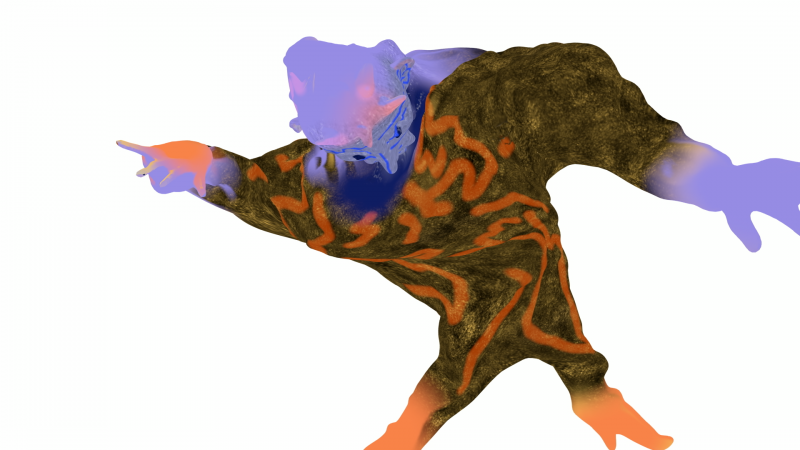 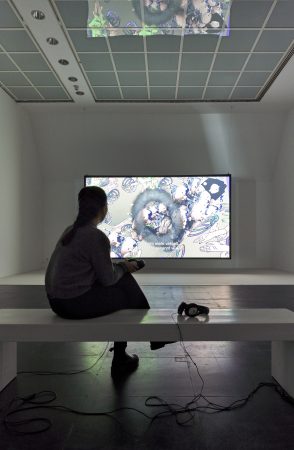 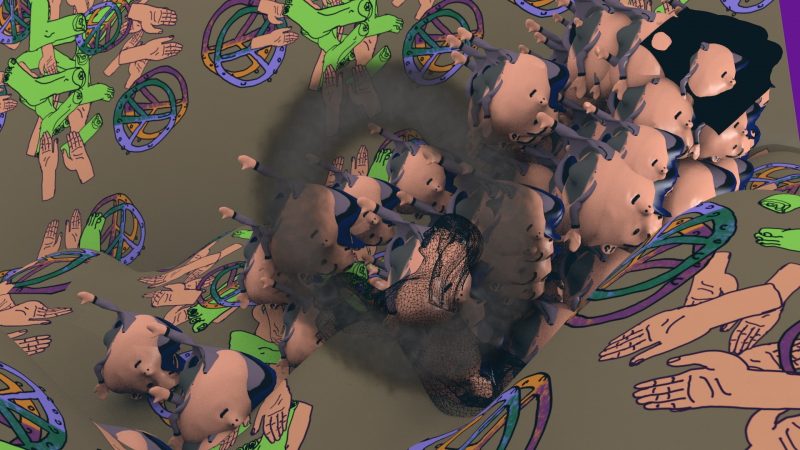 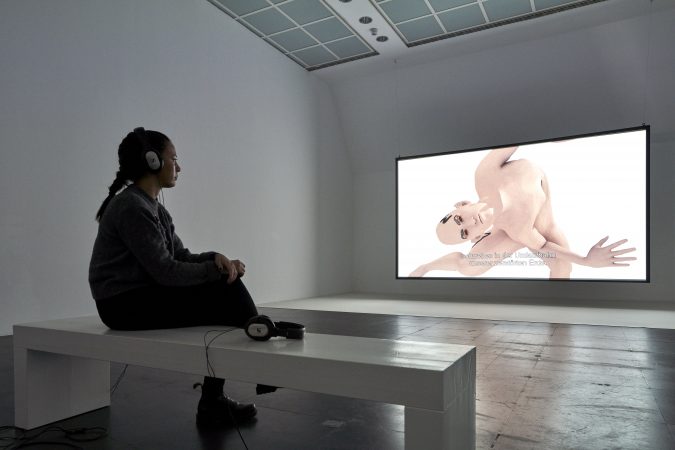 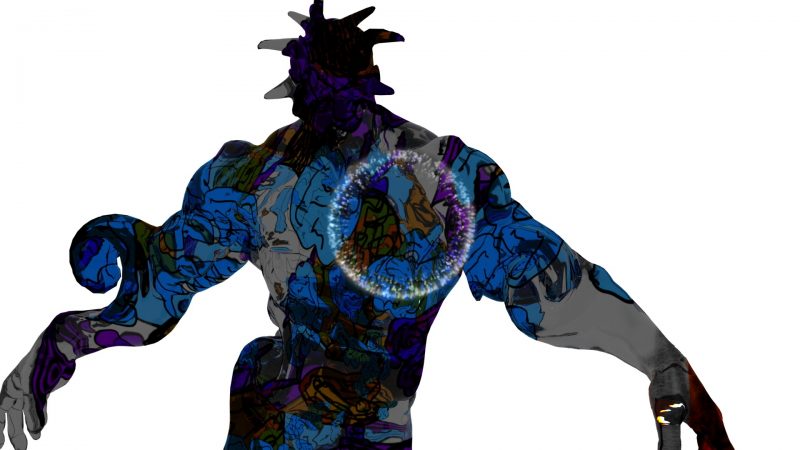 Jaakko Pallasvuo (*1987) combines a variety of visual and narrative forms in his works. His work encompasses themes like reflection on what it means to undertake artistic work and examination of phenomena such as fear, sadness and belief in progress.

The video work “Soft Body Goal” is a computer-generated animation. In programs for generating 3D worlds “Soft Body” refers to flexible, malleable figures that can be altered by simulated physical effects such as gravity, wind or collisions.

The central element of the work is the voice of a first-person narrator. The voice adds thought to the visual world and second level of meaning. We follow an inner monologue that reflects on physicality in a reality that is no longer analogue, but digital. The spoken text suggests that this is a time after the destruction of the planet. Physical bodies have been replaced by virtual ones that are not bound to the limits of a physical identity, having received a multitude of other possibilities in virtual space. The work can also be read against the backdrop of transhumanism, the evolution of human biology through technology. The voice in Pallasvuo’s film references scenarios that depict the separation of mental from physical existence.

Conversely, we also track the voice as it delves into thought about the limitation of our own scope of action. When action seems impossible in the real world, we seek escape in digital worlds. Designing in software worlds remains an option for action. Focusing on the acquisition of new skills aids escape from the aimlessness of doing. There is no time to reflect on what one does and why.

In “Soft Body Goals” the human figure constantly morphs into new forms with changed surfaces. The figure is multiplied and distorted. Identical copies continue to form. Change is constant and identity remains open and incomplete. The digital process of reformulation is central, just like Zygmunt Baumann’s concept of “Liquid Modernity”, which describes modern society as being in a state of constant and increasingly rapid change. Bauman reflects on how we have developed from a “heavy” hardware-based modernity to a “light” and “liquid” software-based epoch. This fundamental change has triggered a profound shift in the existential self-awareness of human beings. Forms of modern life may differ in many respects, but what unites them all is their fragility, precariousness, vulnerability and tendency towards constant change. To be modern is to be flexible, changeable and unfinished; in constant flow from one form to another.