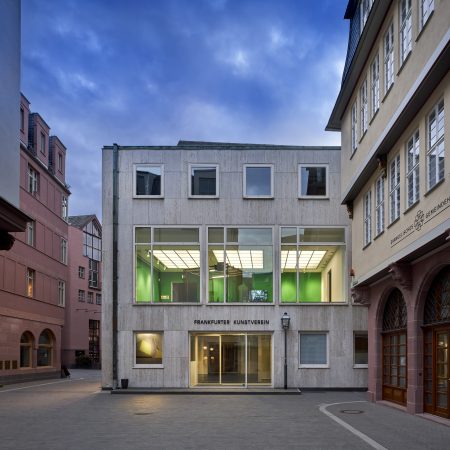 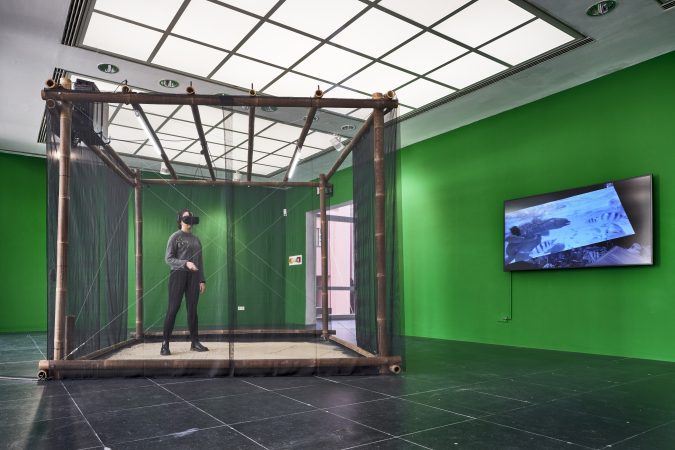 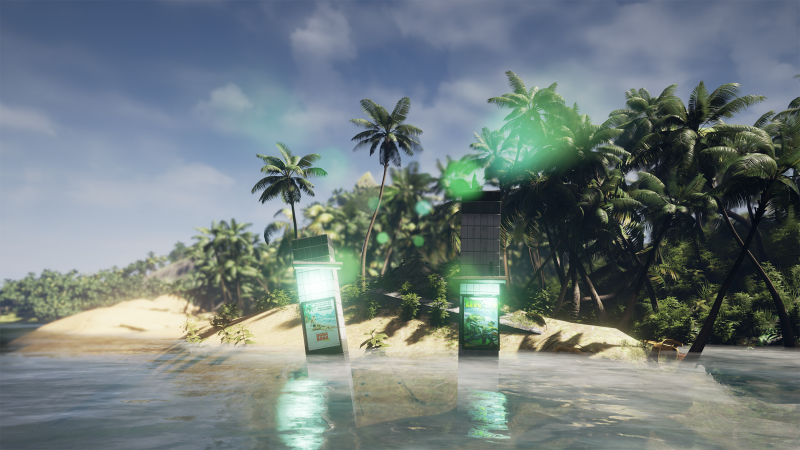 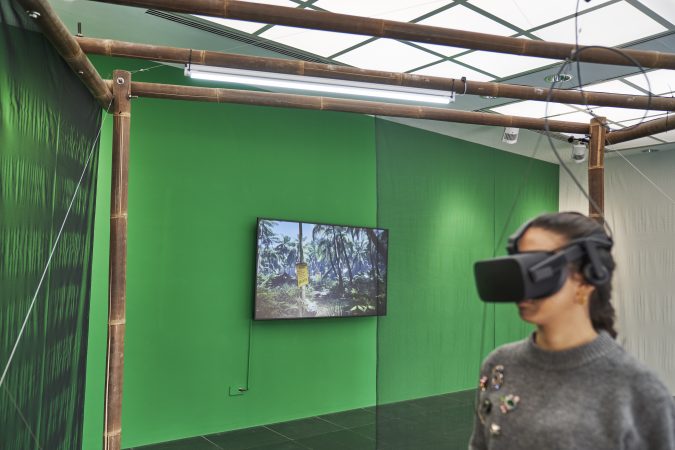 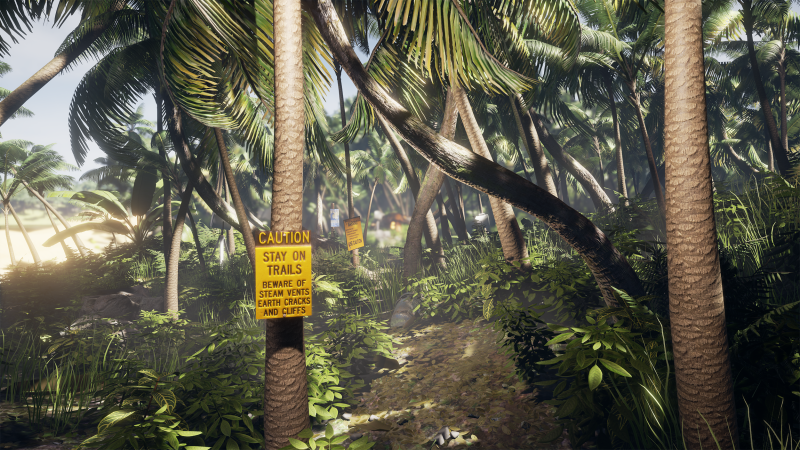 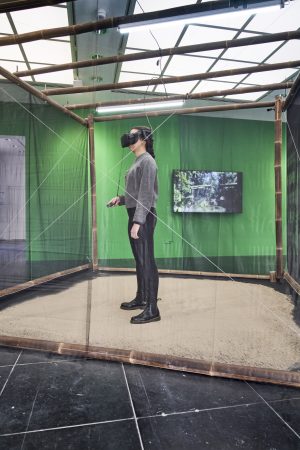 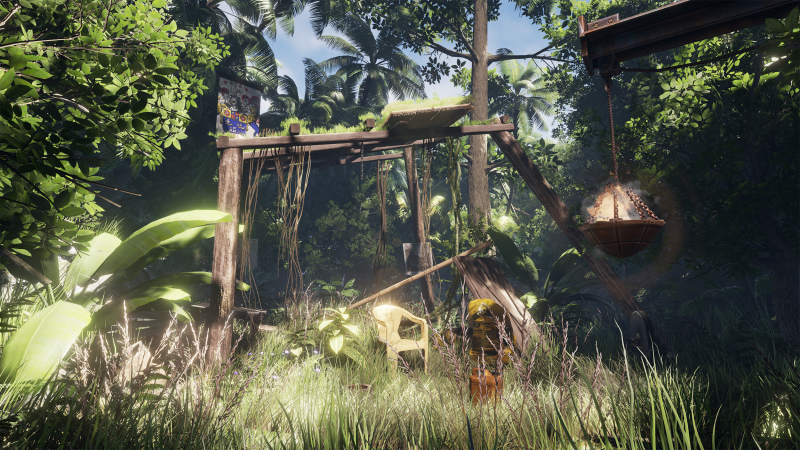 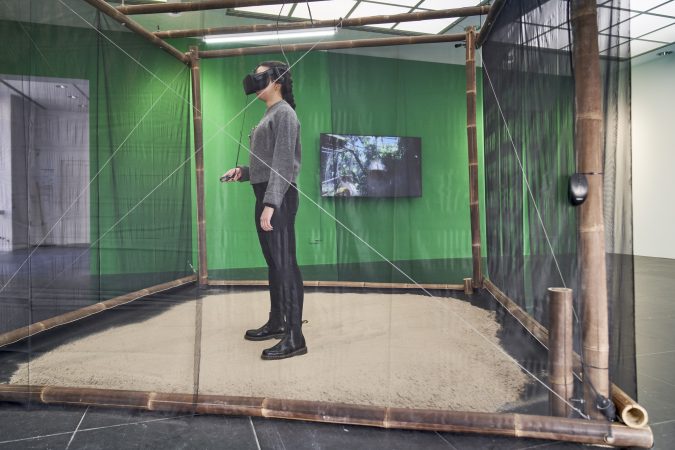 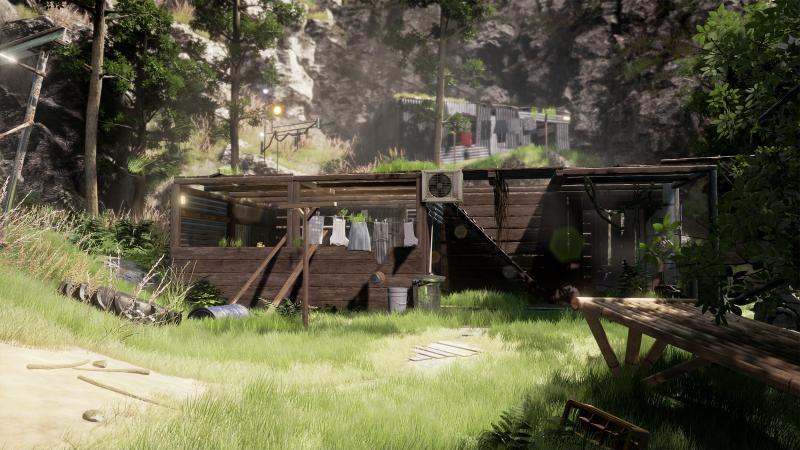 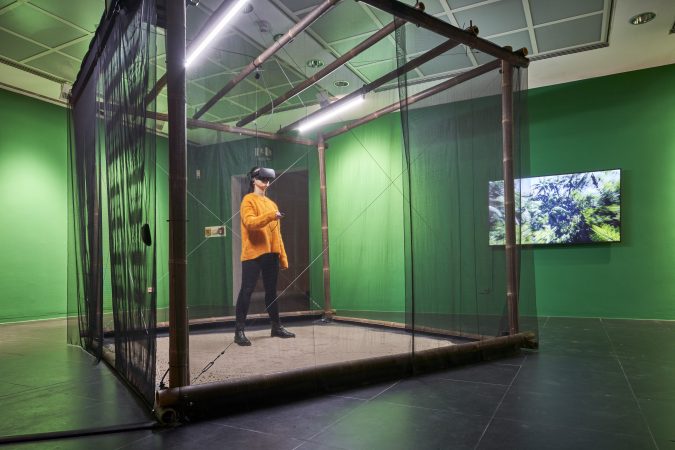 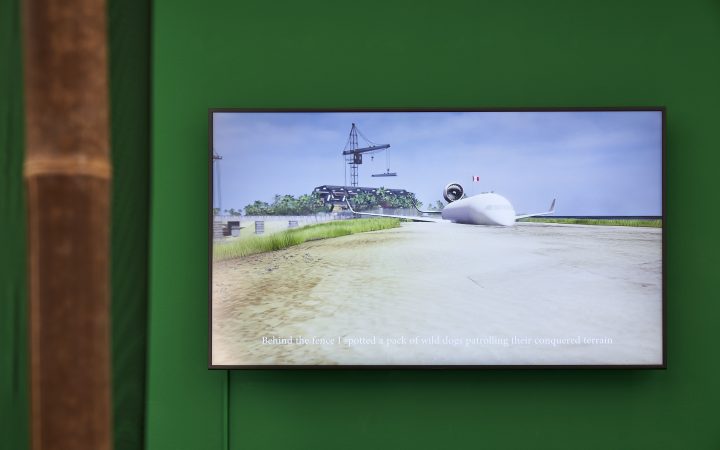 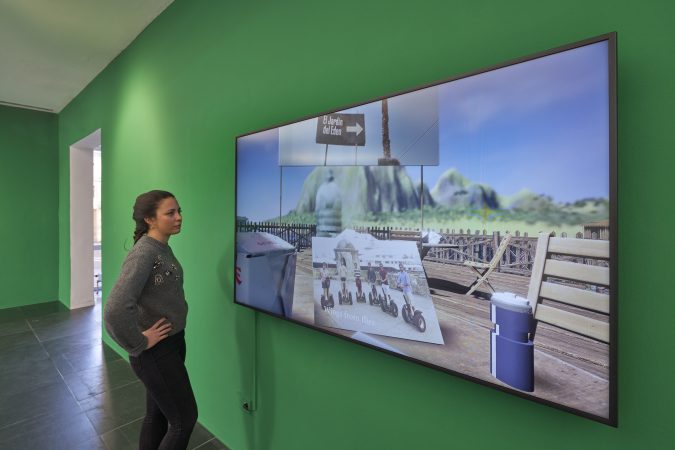 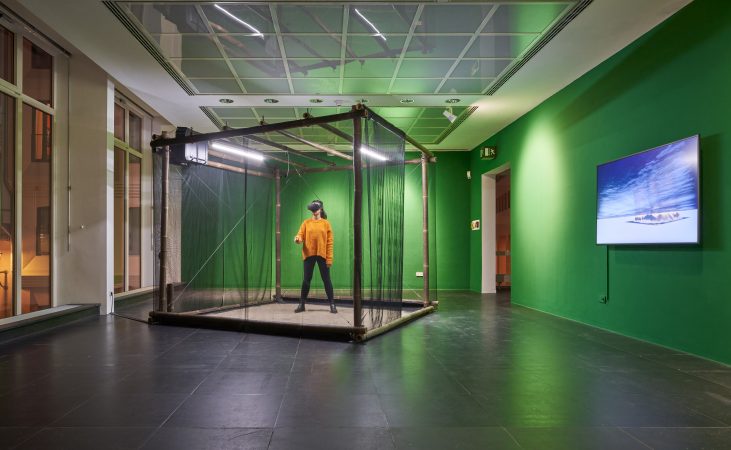 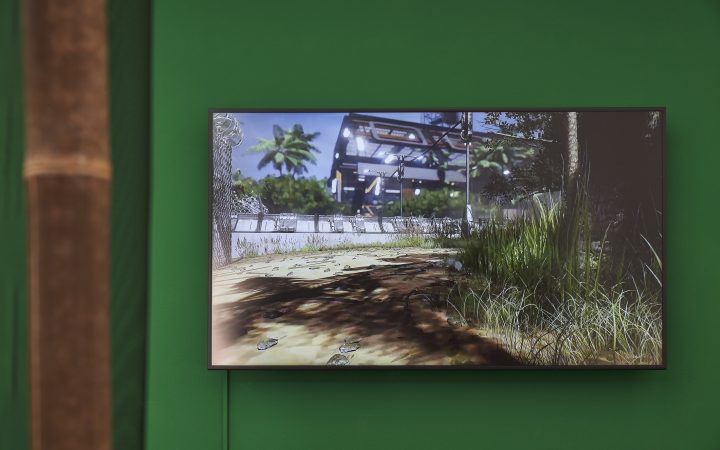 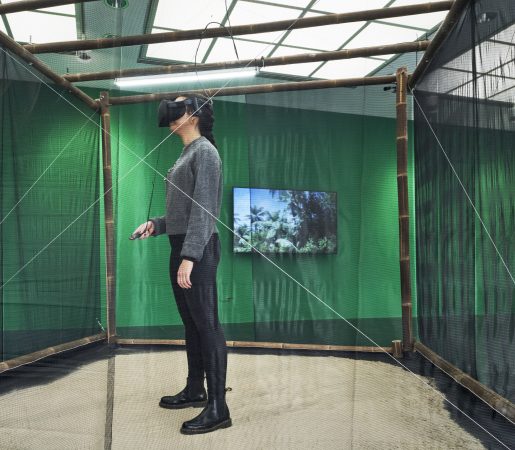 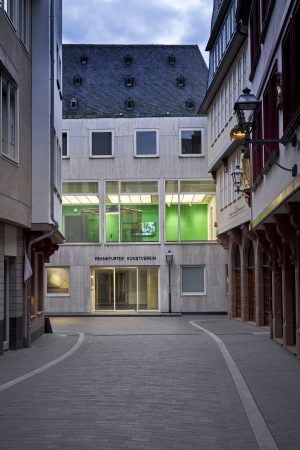 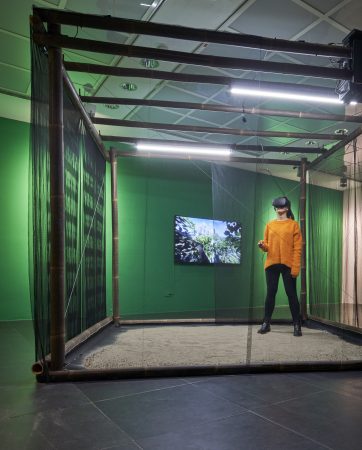 Steensen’s working methods are exemplary of our ability to make: the world is measured and made tangible with technologies such as satellites and cameras. This data, from various sources, is combined to generate new worlds.

In the work “Primal Tourism” Jakob Kudsk Steensen modelled a replica of the island of Bora Bora in a computer game development environment, which can be explored at the VR station on a scale of 1:1. The shape of the island is based on satellite images. For the design of the accessible landscape on the island, he used holiday photos that were shared online. In addition, he integrated drawings and notes by the Dutch navigator and explorer Jacob Roggeveen who, in 1722, was commissioned by the Dutch West India Company to open up a trade route to the Moluccas in eastern Indonesia and came across Bora Bora.

“Primal Tourism” consists of a walk-in hut, inside which visitors can explore the digital replica of Bora-Bora using VR technology. The VR work allows viewers to take in the perspective of different living beings – from humans, snakes, wild dogs, insects, fish and even bees. In this way, Steensen thematizes an anthropocentric view of the world and simultaneously visualizes the effects of human intervention on the environment.

Steensen complements the video with the scenery installation “Primal Tourism: Walk-through”. The term “Walk-through” is related to video game screen recordings that show the game from the perspective of the players. These videos serve to provide assistance with individual parts of games. Beyond the guide function, walkthroughs are also created to share game experiences online.

An island is a central symbol of our idea of paradise. It stands for a place of longing that promises paradisiacal conditions outside our everyday reality; it is secluded and far away. Throughout human history, traveling has meant leaving the known world for unknown places, for adventures and conquests. The foreign also concurrently stands for the unknown and the threatening.

In the VR-Experience “Primal Tourism” visitors embark on an exploration of the island where the natural beauty of the landscape is interspersed with traces of human intervention. Over the course of time, more and more signs of danger become apparent. Water threatens to flood the island and ruins of building are visible. Steensen creates a virtual paradise in which illusion is progressively eroding, as evinced by content cues and formal breaks. The island emerges from a digital surface so that its illusionistic claim to reality is broken. We see two-dimensional fish that can swim through a poster, as if in disturbance of the image. The entire paradise scenario continually develops into a dystopian environment in which we are trapped.