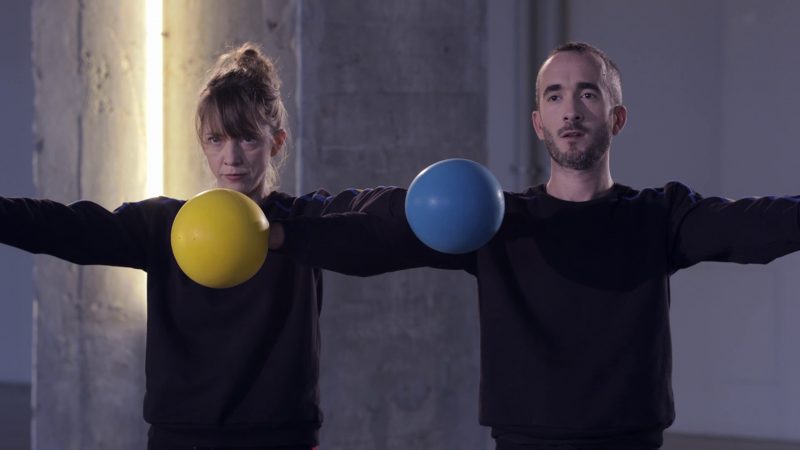 Julien Prévieux, Where is My (Deep) Mind?, 2019, Photo: Filmstill, ©the artist, Courtesy: the artist 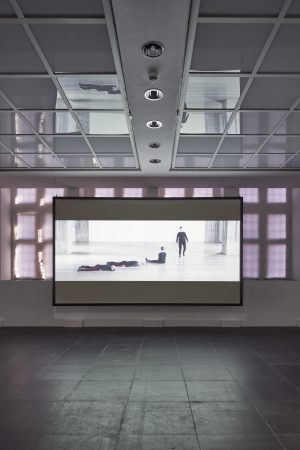 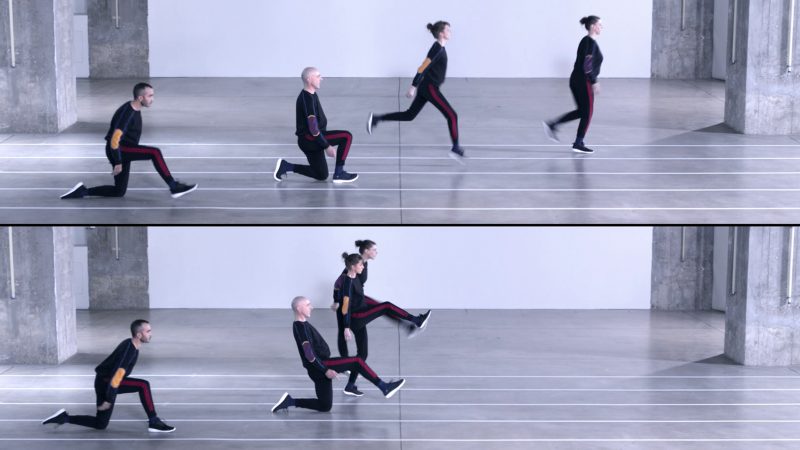 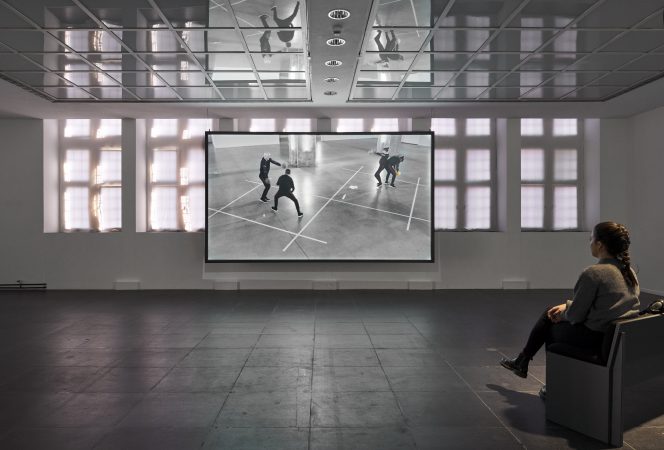 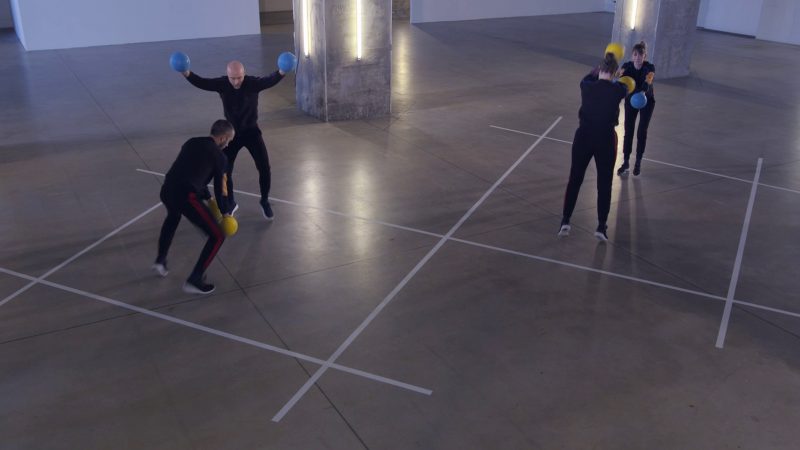 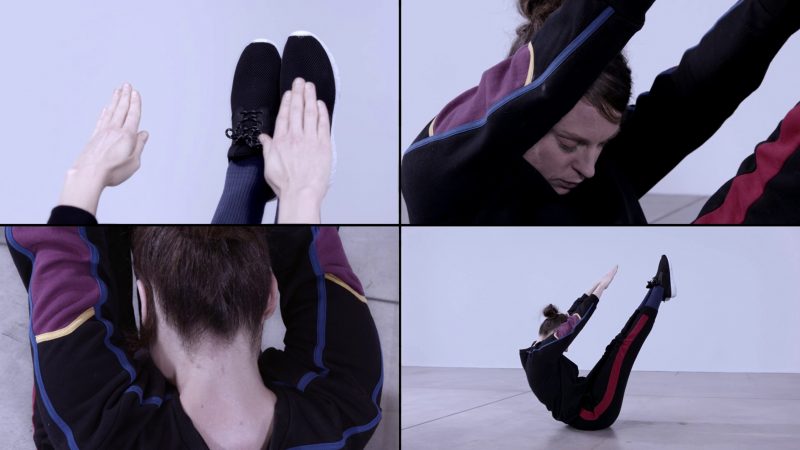 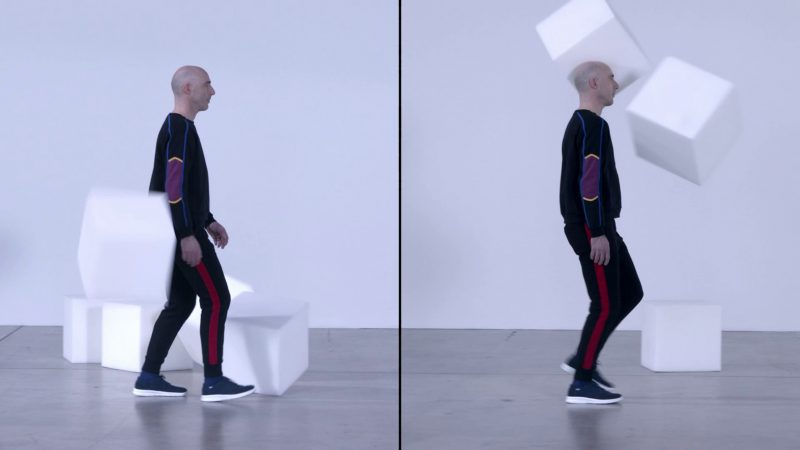 Julien Prévieux – Where is My (Deep) Mind?

Julien Prévieux (*1974) explores the visualization and functionality of AI technologies, and the principles of machine learning. In the video “Where Is My (Deep) Mind?” Previeux translates invisible digital processes into human actions that are performatively executed.

Usually these processes take place in neural networks that aren’t really physically accessible; they are only generally perceptible via interfaces. Prévieux relocates these interfaces to a physical space similar to a laboratory or test site that becomes a stage for the four performers. As in robotics, the movement sequences of the figures are tested for stability by using different objects to bring them out of balance. In addition to training systems with movement, Prévieux also introduces the process of training systems with language. Dialogue of the trials with balls, books and hats come from Facebook’s AI research lab. In 2017 the lab created dialogical test arrangements for algorithms to learn negotiation techniques and strategies. Another part of the training data comes from databases of recorded human conversations such as counselling interviews. The dialogue on gambling was based on the conversation of two chatbots called Eliza and Parry, computer programs that communicated with each other in natural language in 1972. These machine systems had already been developed in 1972 to practice communication patterns in order to become plausible conversation partners with people. The mechanical behaviour, both in physical movement and verbal argumentation, leads to a hopeless endless loop, which is contrasted by the body language and voice of the performers.

“Where Is My Mind?” is the title of a 1988 song from American indie rock band Pixies. It has been used as the soundtrack in numerous films such as “Fight Club”, “Trainspotting” or the series “Mr. Robot”. The lyrics allude to the feeling of a parallel plane of perception where there is no control over the mind. A state of undefined limbo between consciousness and intoxication, between dream and reality. Prévieux extends the title with the adjective “(deep)” in reference to the concept of Deep Learning. The sober transfer of mechanical processes into performative action helps the film succeed in inverting the principles of AI to the point of absurdity. This stylistic hold aids Prévieux in rendering the mechanisms of deep learning visible, and also ironically debunks mythic and often threatening ideas that circle in current debate.