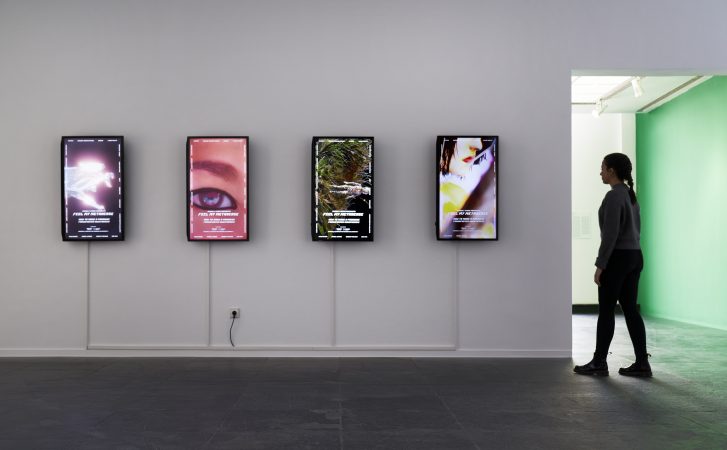 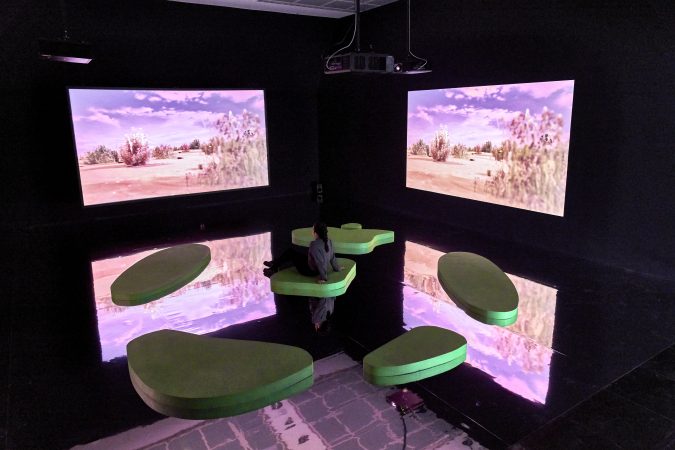 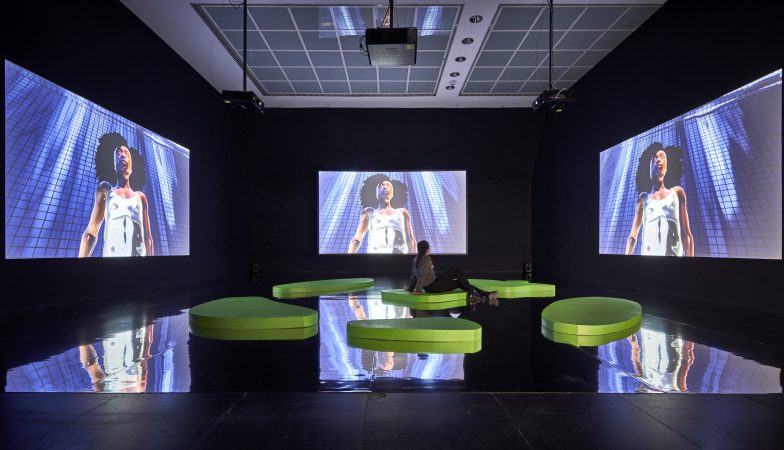 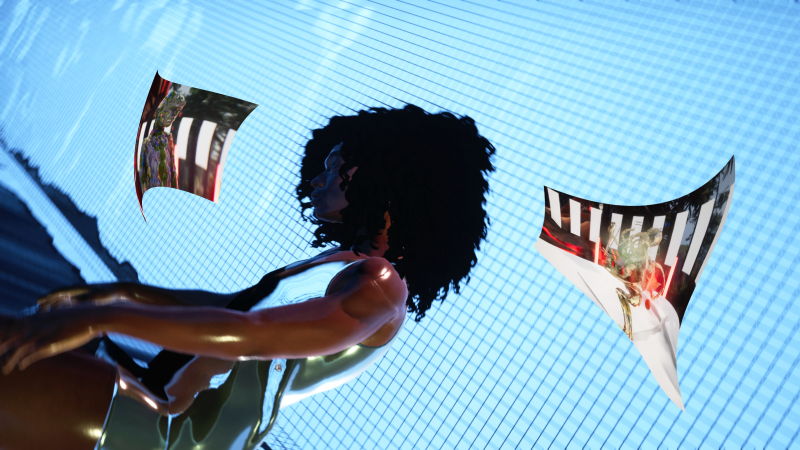 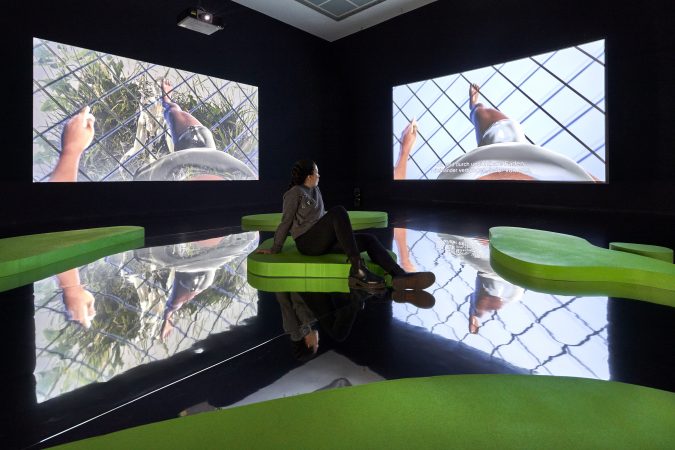 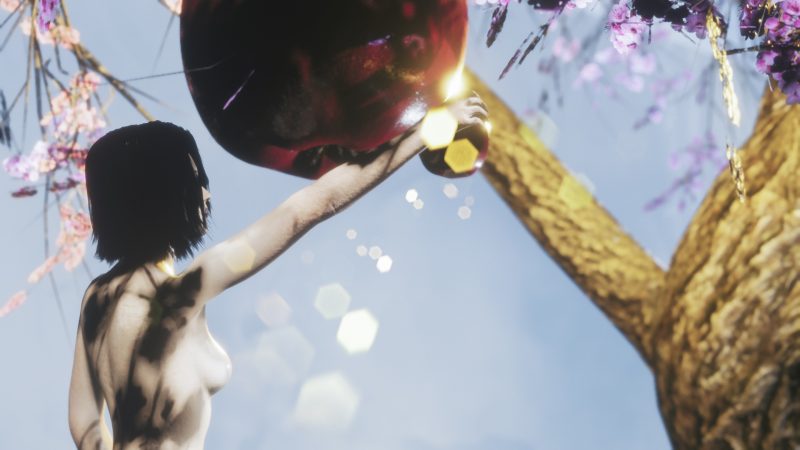 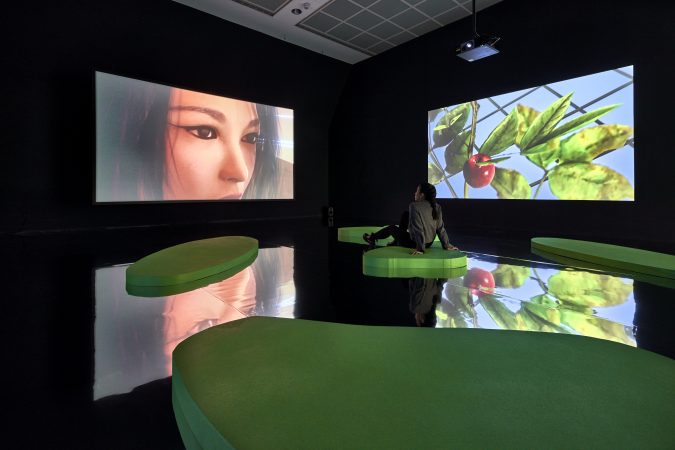 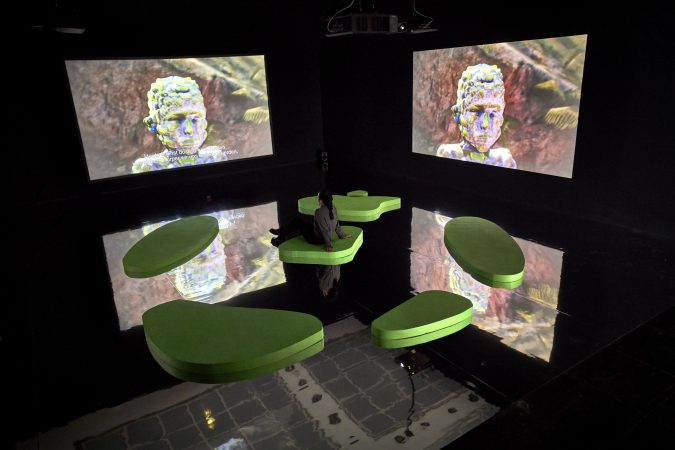 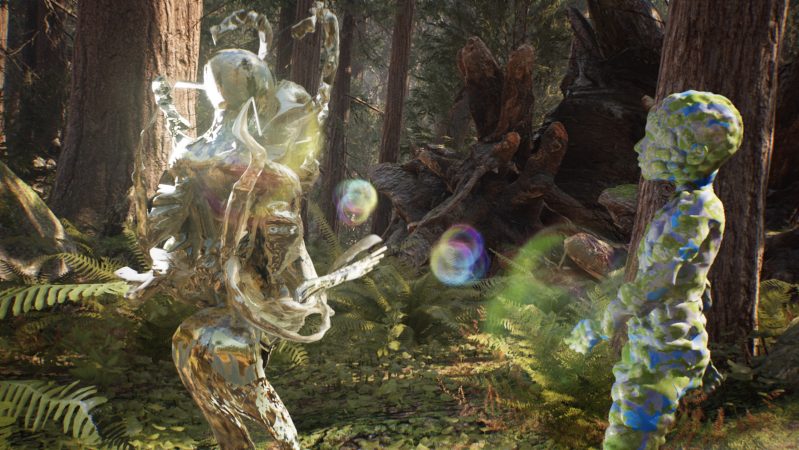 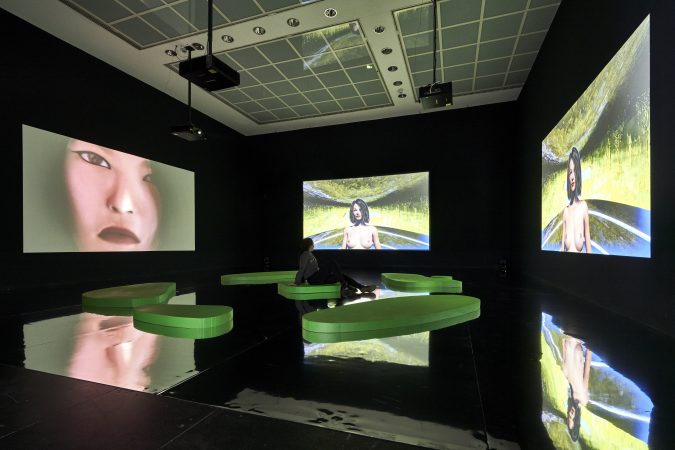 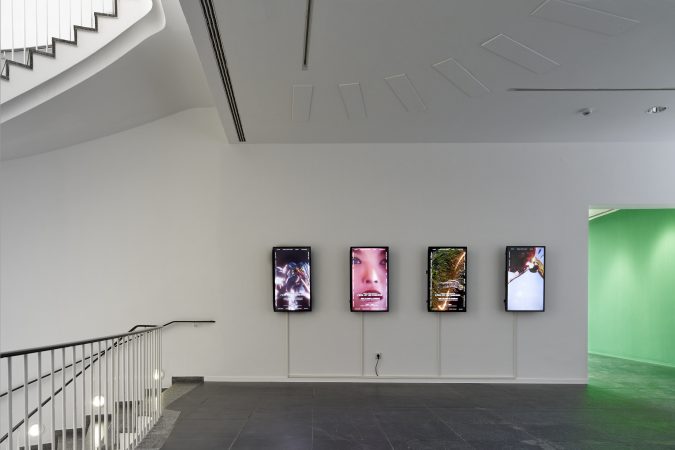 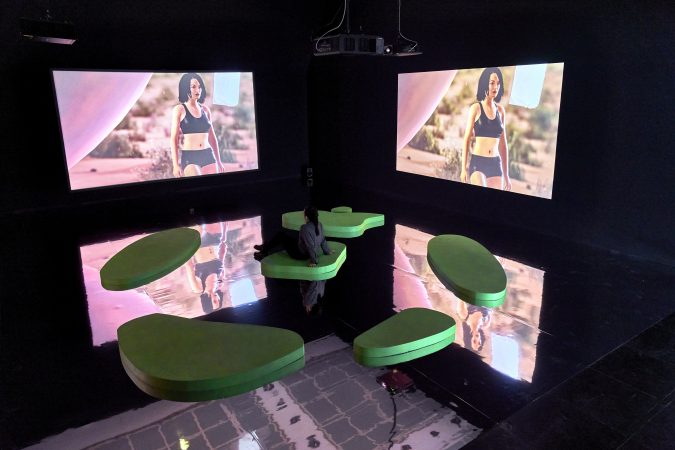 “Keiken” is the Japanese word for “experience” and the name of the artist collective comprised of Hana Omori, Isabel Ramos and Tanya Cruz. Thematically, Keiken deals with the influence of technologies on our consciousness and self-image. They sketch out possible future scenarios for an ever advancing technologically enhanced life world. George Jasper Stone specializes in the creation of computer-generated image worlds, working at the intersection of physical and virtual spaces.

“Feel My Metaverse”, the work presented here at Frankfurter Kunstverein, encompasses multiple levels of perception. The three-channel work is spatially arranged in the room and extends into virtual space. Augmented reality applications and image processing filters are available for visitors as downloads that increase participation and the intensity of the experience. Metaversum is a term coined by Neal Stephenson in his 1992 science fiction novel “Snow Crash”. In the book, people have mutated into avatars and interact with software agents in a three-dimensional space that takes the world as metaphor. In the context of technological development, the term metaversum describes the future of the Internet where virtual space is used collectively and encompasses all levels of experience, from physical to augmented to virtual reality.

The computer-generated worlds in Keiken’s film were created using a game engine. The artists worked on the digital environment in a collective process. The action takes place in an environment where the earth is no longer habitable due to climate change and environmental destruction. People have to live in protective capsules (“Life Units”) and can only escape them by immersing themselves in virtual worlds. We gain insight into the everyday life of three characters: Pando, O and C. They spend their time in this system of virtual environments, which are provided and controlled by the Chinese company Alipay, for a fee. There is the wellness world “Pome Sector”; “068”, a beta VR world for learning through role play, an anomaly of the system; and “Base Reality”, our earth. The guide in these worlds is Uber 3000 Moral Compass™, a transport system with an integrated psychiatrist equipped with ultimate knowledge. The virtual environment is smooth and clean, enlivening and warm. Snow-covered mountains, for example, are experienced without the cold of snow. Experiences cannot be felt physically but are simulated digitally. The system allows the characters to assume different bodies and identities.

The film refers to the concept of the “Platform Diverse Body” by the American designer and scientist Dr. Natasha Vita-More, one of the most well-known representatives of transhumanism. “Feel my Metaverse” poses the question of the fundamental conditions of perception today, and how we construct our notion of reality from this. Technological systems link people, data and processes increasingly closer together. Immersive technologies will progressively replace the analog environment with virtual data spaces and radically change the way we interact socially, work, and spend our leisure time.