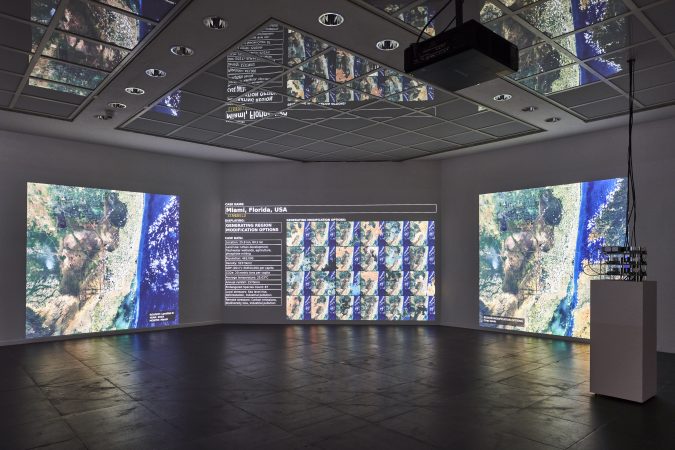 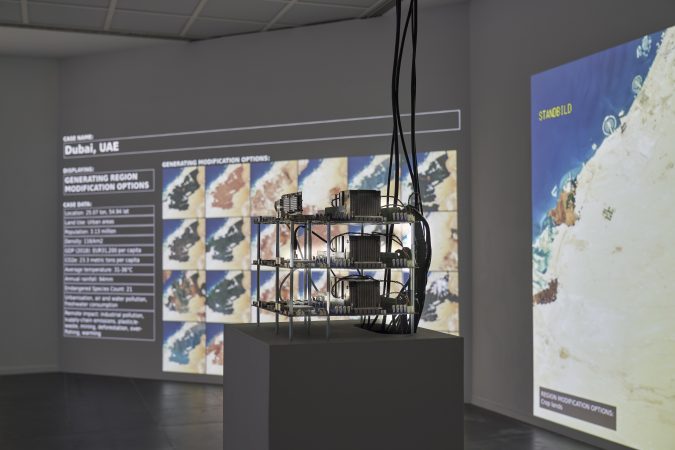 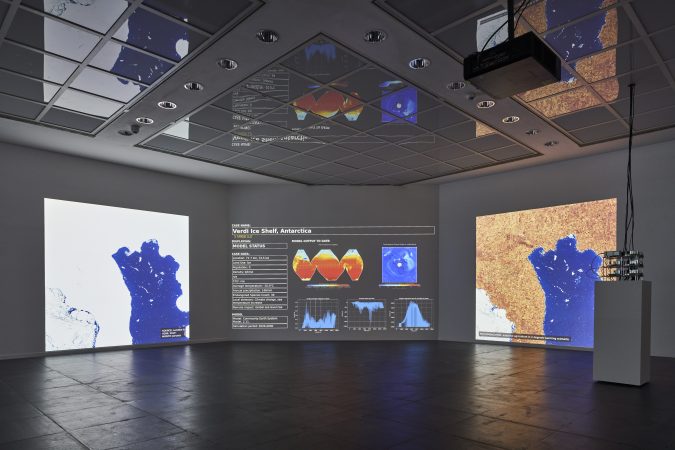 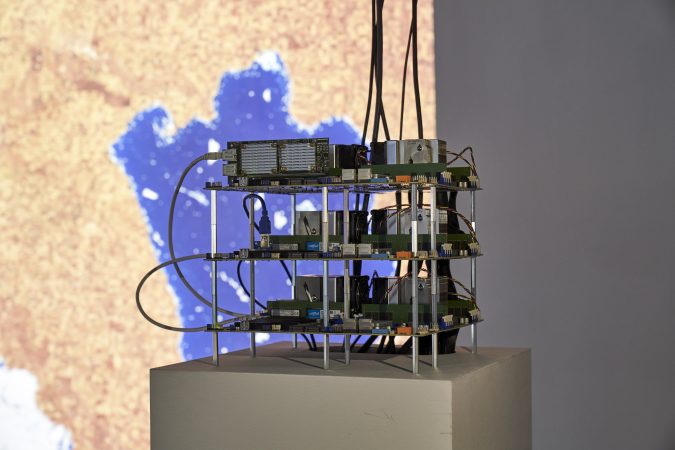 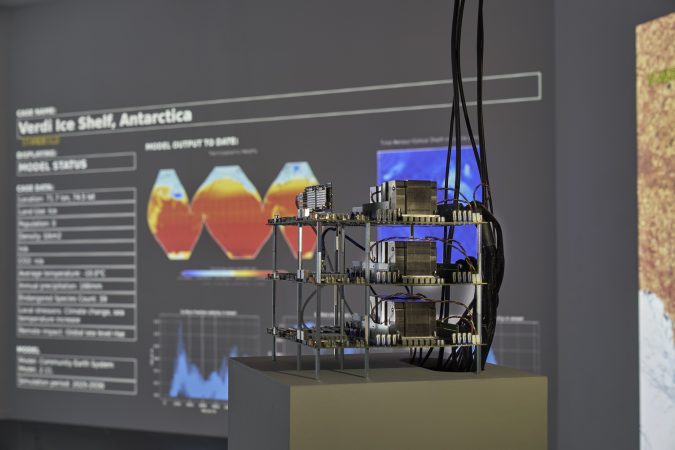 These three artists work as a collective. Tega Brain is an artist and environmental engineer who combines art, ecology and engineering in her work. Julian Oliver works on open source projects to preserve privacy, critically investigating technologies. Oliver is co-author of the “Critical Engineering Manifesto” (2011). Bengt Sjölén is an independent software and hardware designer, hacker and artist. Among other things, he is concerned with the program-controlled generation of design, hardware and code.

Current debate poises artificial intelligence as a technology that has the potential to solve universal problems. A central challenge today is the drastic climate change caused by human intervention. In response, artists Tega Brain, Julian Oliver and Bengt Sjölén developed “Asunder”, an AI-based fictitious “environmental manager”. The work consists of a high-performance computer and a specially developed neural network that analyses live satellite, climate, geology, biodiversity, topography, population and social media data. The “environmental manager” is constantly connected to the internet for the duration of the exhibition and continually generates new scenarios, arranged as a triptych. “Asunder” presents case studies of different geological regions such as the Arctic, the Brazilian rainforest, Silicon Valley or Dubai, whose problems have been examined by “Asunder”. The visualization shows different simulations of future scenarios in order to develop different solutions to problems. Thus, geological measures for change are proposed, assuming that optimization of the planet in the age of the Anthropocene is viable through geoengineering.

In her 2018 article “The Environment is not a System”, Tega Brain references theorists Nancy Katherine Hayles and Anna Lowenhaupt Tsing, who consider our knowledge of the planet as a complex system insufficient. The term system implies a whole made of individual parts, manageable by controlling these separate components. Complex ecological realities are insufficiently simulated by mathematical models and formal input-output relations. Computer programs can be used to calculate possible scenarios, but as with all models, they only represent a simplified representation of reality.

In general, AI applications are developed with interest-orientated objectives in mind. Whoever programs the systems sets parameters, which always comes with the risk of distortion, or so-called “bias”. “Asunder” does not situate the human being as the central sole-reference factor, but has included a balance between natural resources, social justice, the protection of endangered species and sustainable production. Viewers will find some of the solutions the system calculates disturbing, as it creates simulations that recommend, for example, the resettlement of entire cities or their extinction.