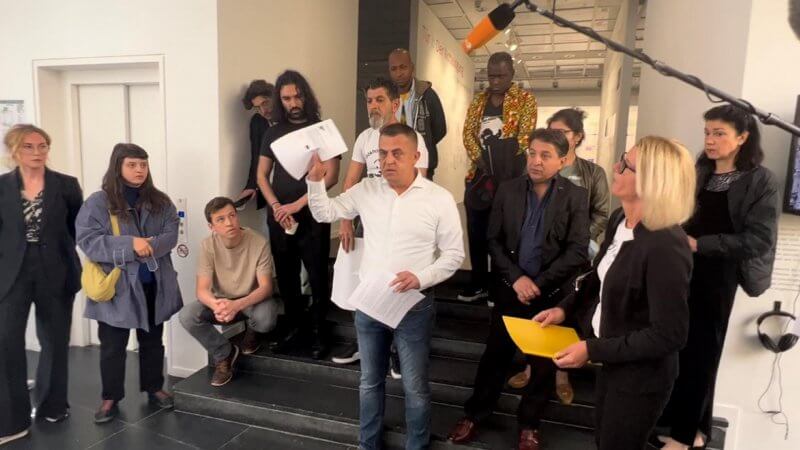 Armin Kurtović speaks at the press conference of the exhibition „Three Doors” on 02 June 2022, 2022, ©Armin Kurtović

Ajla and Armin Kurtović, sister and father of Hamza Kurtović, who was murdered in the racist attack of 19 February 2020 in Hanau, guide through the exhibition Three Doors – Forensic Architecture/Forensis, Initiative 19. Februar Hanau, Initiative in Gedenken an Oury Jalloh. They will explain new findings about the emergency exit door of the Arena Bar and the perpetrator’s house in Hanau-Kesselstadt and share their experiences with the police after the night of the crime.

The relentless work of the families of the victims has created a radical change in public awareness and impact. Countless people, including activists, lawyers, and supporters from all parts of civil society, have joined forces with the victims’ families. In addition to their respective competences, all of these actors have brought their solidarity to the fight for truth and justice.

Remembrance, justice, clarification, and consequences are the demands that the survivors, the victims’ families, and Initiative 19. Februar Hanau address to the state, to the police, and to German society.