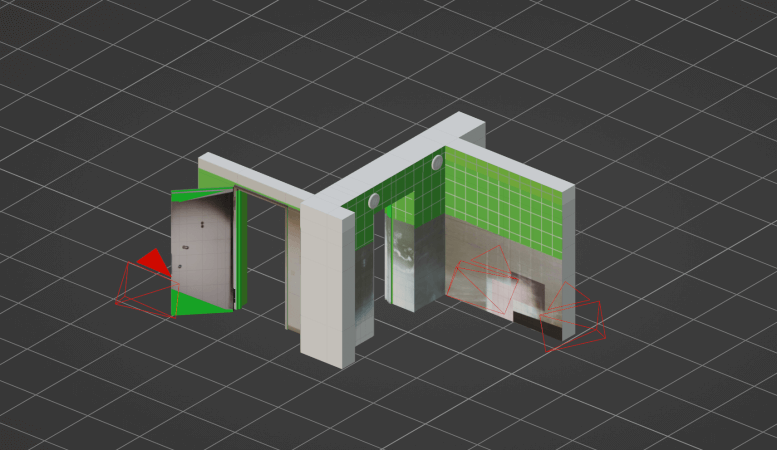 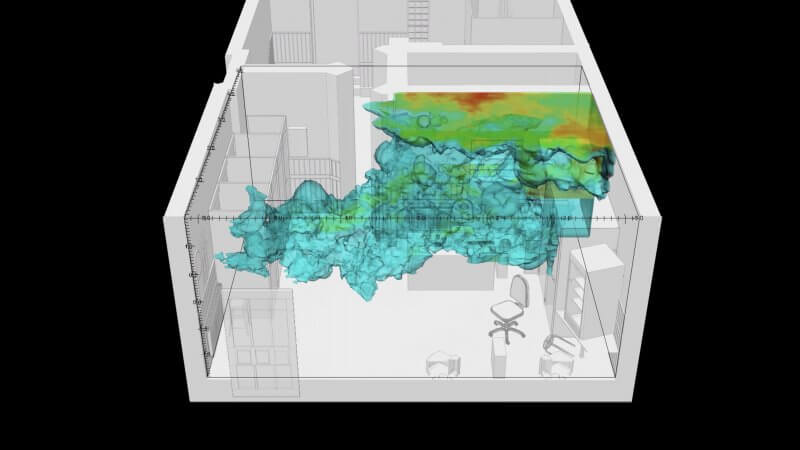 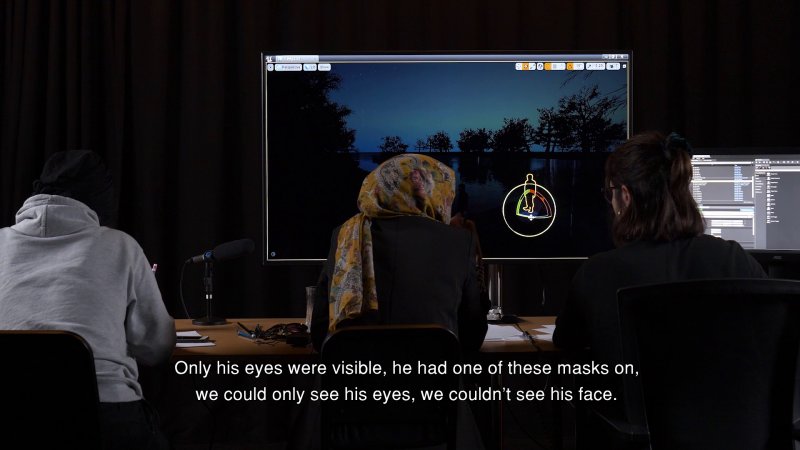 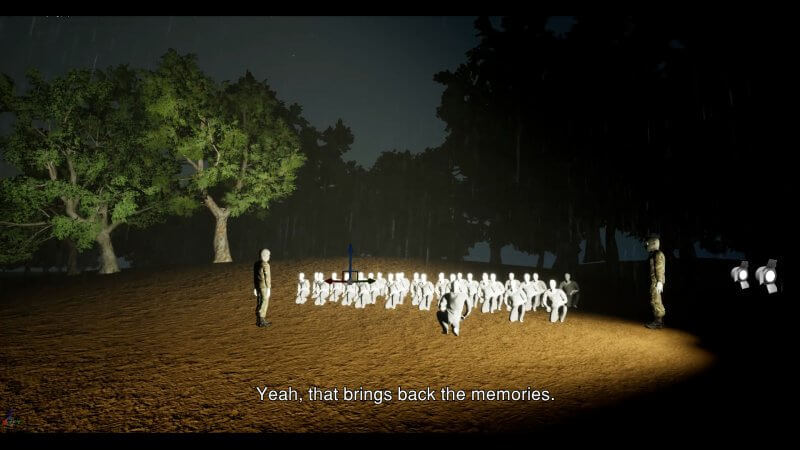 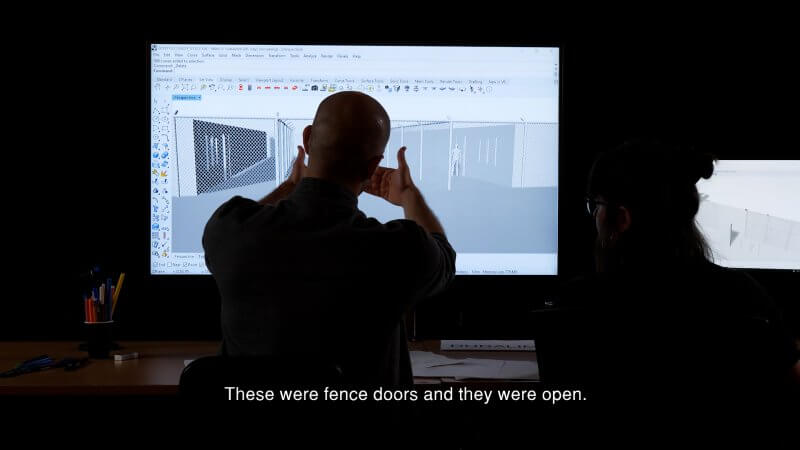 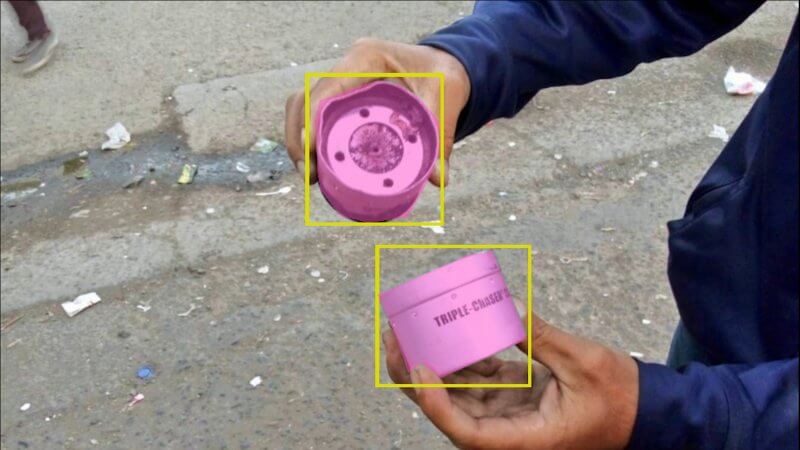 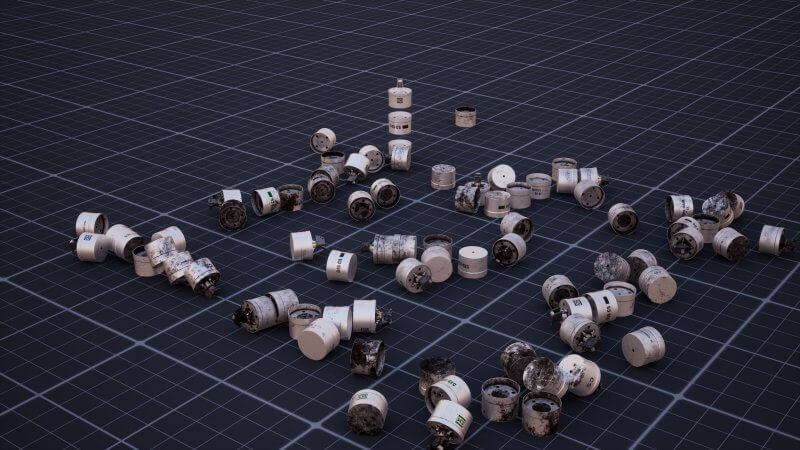 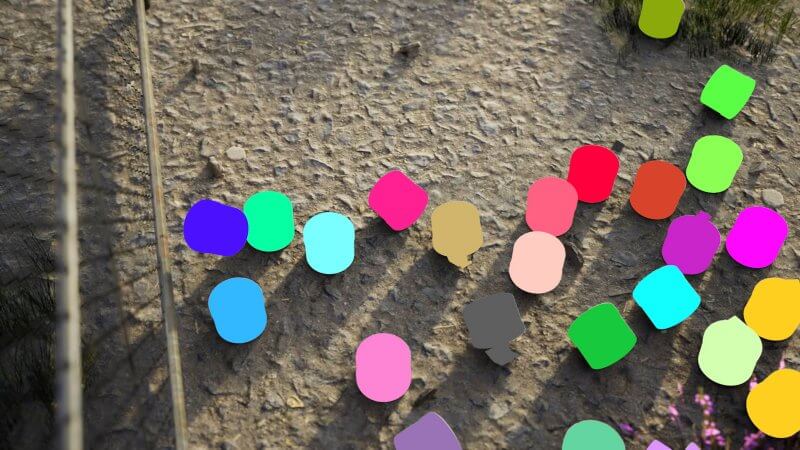 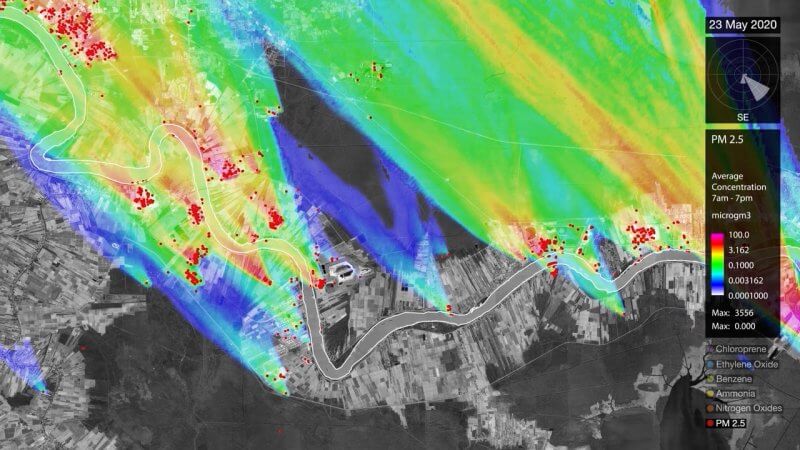 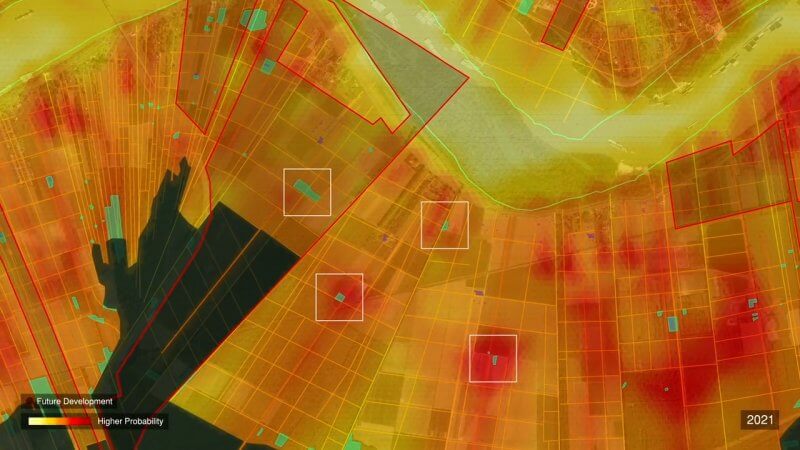 The visual investigations into the 19 February 2020 racist terrorist attack in Hanau which Forensic Architecture/Forensis developed in collaboration with the Initiative 19. Februar Hanau are the main focus of the show. A new plausibility study on the case of Oury Jalloh, who burned to death in a police cell in Dessau in 2005, is also being presented.

In the exhibition Three Doors three new works by Forensic Architecture/Forensis that investigate racially motivated incidents in Germany will be shown. In each case, a door becomes a symbol of the ongoing and alarming involvement of state authorities in racist violence.

The forensic investigation of the racist terror attack of 19 February 2020 in Hanau, where nine people were murdered, becomes the story of two doors: the locked emergency exit door of the Arena Bar in Hanau-Kesselstadt, one of the attack sites, and the entrance door of the perpetrator’s house, which leaves many critical questions open about the police surveillance on the night of the crime. In the night died Ferhat Unvar, Gökhan Gültekin, Hamza Kurtović, Said Nesar Hashemi, Mercedes Kierpacz, Sedat Gürbüz, Kaloyan Velkov, Vili-Viorel Păun and Fatih Saraçoğlu.

Another investigation looks at a third door of the police cell where Oury Jalloh, a young asylum seeker from Sierra Leone, burned to death in Dessau in 2005. The case study examines longstanding claims by Oury’s friends and family that his death was not self-inflicted, but rather a case of murder in police custody.

Each door opens onto a new perspective on structural racism in German authorities, including the cultures of impunity that have long enabled the perpetration of racist violence, as well as the investigations that have consistently failed victims, survivors, and their families.

Such phenomena are currently made visible not only in the events in Hanau and Dessau, but also in the Halle attacks, the Walter Lübcke case and the so-called NSU 2.0 and show a nationwide problem.

Four other works provide context to the ongoing work of Forensic Architecture’s “counter-forensics”. The selected investigations explore racially motivated cases in Europe and the USA. They investigate and raise critical questions about national and international systemic racism as well as human rights violations.

The journalists Dietrich Brants and Jan Tussing from SWR2 were invited to produce a multi-part documentary series at the invitation of the Frankfurter Kunstverein. The void of Hanau works with both written and audio documentary sources that are freely and publicly available, i.e. already published, ranging from media reports to the public prosecutor’s press releases. In addition, this docu-series uses investigation findings that media has permission to reproduce. It always involves statements by survivors and dependents, neighbours, relatives, childhood friends, colleagues of the perpetrator and police officers and representatives of the authorities that are relevant to describe “the void of Hanau”.

In a room specially dedicated to the February 19 Hanau Initiative, ten newly produced videos document the testimonies of the relatives and survivors before the Hessian State Parliament’s investigative committee. The families, survivors and supporters see this documentation as a further contribution to their struggle for remembrance, justice, clarification and consequences.

The Frankfurter Kunstverein believes that art and cultural institutions should leave behind the purely metaphorical and symbolic level, in order to engage fully in the real-life democratic process, so as more effectively to defend democratic structures and to strengthen our civil society-based values.

Forensic Architecture is a research agency, founded in 2011, that investigates traces of violence committed by corporations and state authorities with the help of digital and investigative methodologies and technologies. Forensic Architecture works exclusively for civilian victims, NGOs and independent associations. The artistic work of the collective applies scientific, technological and legal research methods and techniques. Forensis is Forensic Architecture’s Berlin-based sister organisation, which was founded to carry their methodologies into a German context.

The public Forum kollektiver Wahrheitsfindung (Forum of collective truth finding) will accompany the exhibition. Participants will include representatives of affected families and victims of the attack in Hanau as well as the Initiative in Gedenken an Oury Jalloh and the Initiative 19. Februar Hanau, representatives of the artist collective Forensic Architecture/Forensis, experts on right-wing extremism and anti-racism, as well as lawyers and journalists.

This exhibition is a collaboration between the Frankfurter Kunstverein and the London-based researcher and artist collective Forensic Architecture, its Berlin-based sister agency Forensis, the Initiative 19 February Hanau and Initiative in Memory of Oury Jalloh. The research is co-produced by Frankfurter Kunstverein with support from Haus der Kulturen der Welt (HKW). 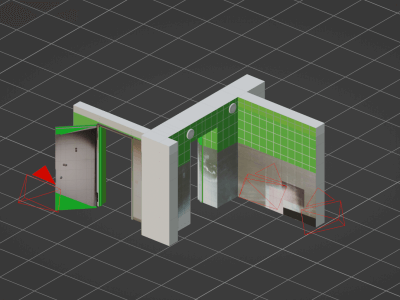