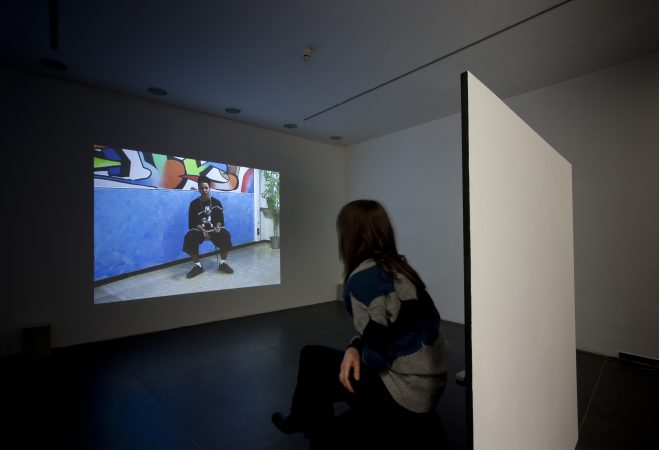 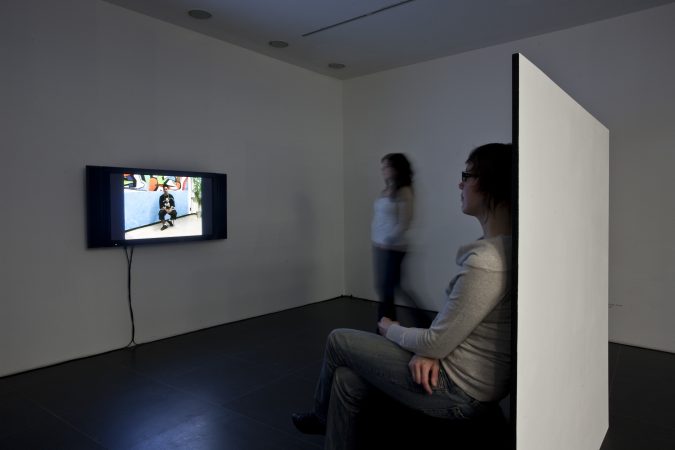 In her video works the Spanish artist Cova Macías examines the development of teenage identities. Within the framework of the “Deutsche Börse Residency Program” of the Frankfurter Kunstverein, Macías realized the video project “Horses in my dreams”, in direct relation to the city of Frankfurt am Main. This documentary project shows interviews of youngsters who report on their everyday social life in Frankfurt by means of their own individual languages and gestures.

A central part of the work concerns the conversations with a 16 and a 17-year-old pupil. After establishing initial contact without filming as well as participating in several intensive discussions, Cova Macías ultimately leaves the final word to them in front of a rolling camera. Beginning with certain subject areas provided by Macías, the youngsters report freely on their everyday experiences within their personal spheres while living in the city of Frankfurt. Macías carefully prepares the youthful protagonists for the camera situation and makes them aware of mechanisms concerning the medium. For the recording of individual film sequences, the artist and the two teenagers visited particular places in the town that play important personal roles. Thus, as they become well acquainted with the camera in front of them, surprising admissions and insights are initiated relating to the protagonists’ daily existence. Cova Macías succeeds, through her sensitive actions, in holding onto important aspects of identity formation in the context of youth culture without disregarding the insecurity of the protagonists.

Cova Macías (*1976 in Oviedo, Spain) lives and works in Paris. She studied photography at the art school of Oviedo. In recent years she took part in exhibitions and video projects at different various museums and art centres, for example at the Palais de Tokyo in Paris, Museo Nacional Centro de Arte Reina Sofía in Madrid and participated within a travel exhibition from Instituto Cervantes among others in Damascus, Syria.