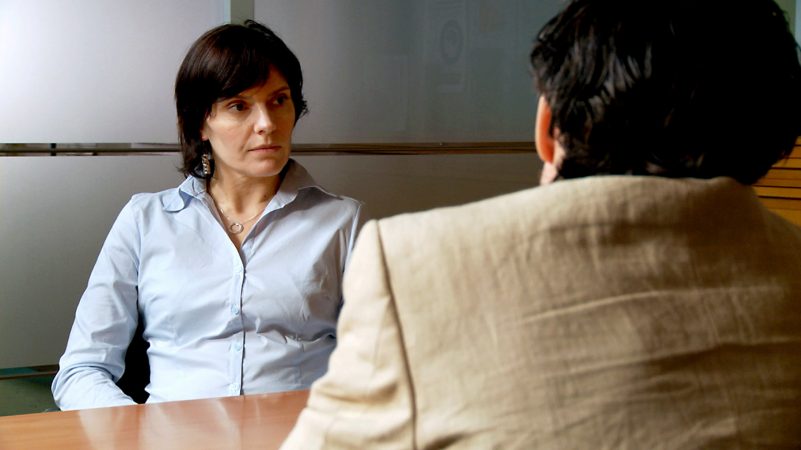 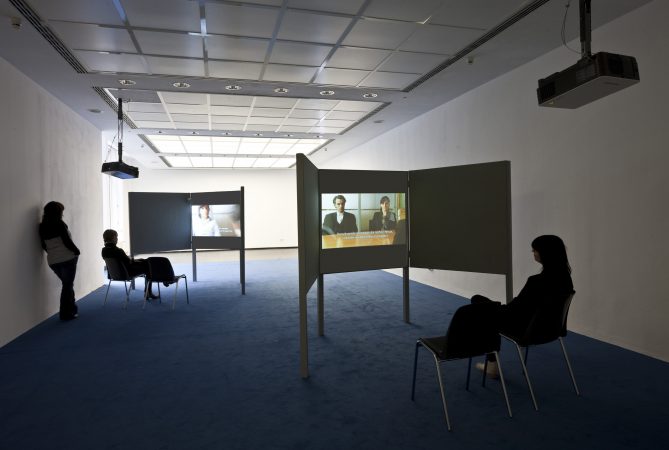 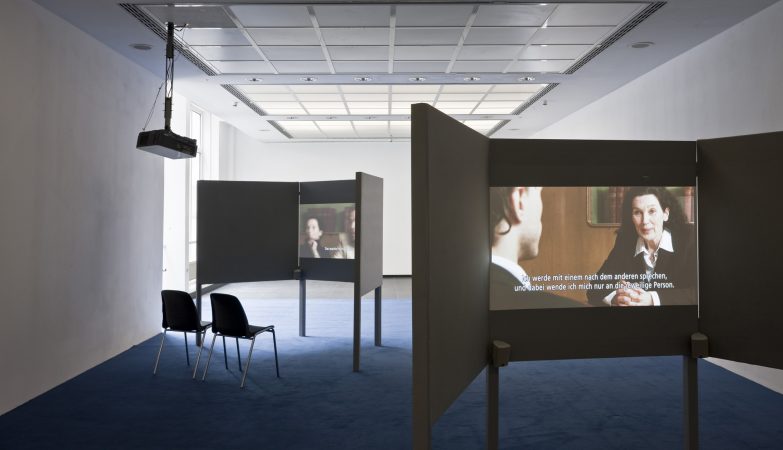 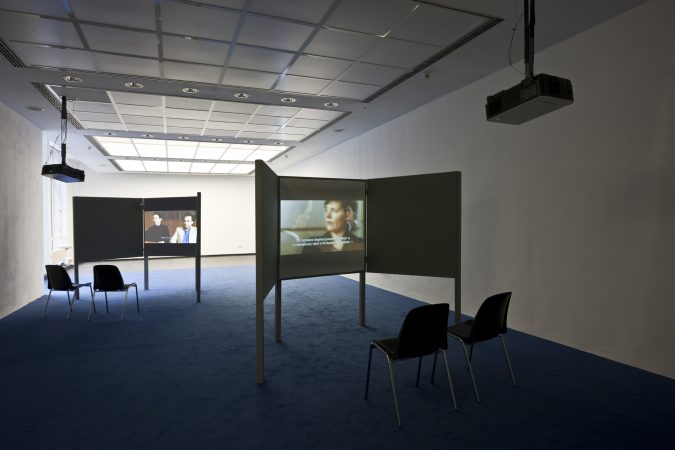 Running parallel to both the solo exhibitions of Møller and Ponn/Lasch, the Frankfurter Kunstverein were also showing two new video works by the Swedish artist Saskia Holmkvist (*1971). In “Role Control” (2008) and “In Character” (2008), Saskia Holmkvist has developed a cinematic narrative around concepts such as credibility, social competence and role behaviour in conflict situations. Different kinds of dialogues form the basis of both works whereby the job interview, the jury, couple therapy as well as political negotiation can be cited as examples. They involve interpersonal communication as well as political discussion; raise questions regarding the manipulative character of conversational contexts that occur in the private and public spheres.

“Role Control” and “In Character” are co-produced by Index the Swedish Contemporary Art Foundation, Stockholm and Arnolfini, Bristol.The exhibition is supported by IASPIS. 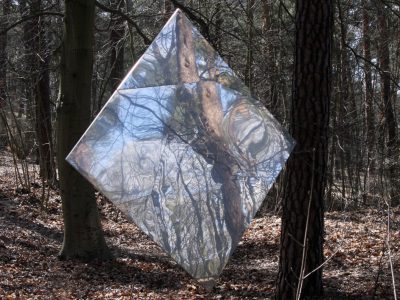 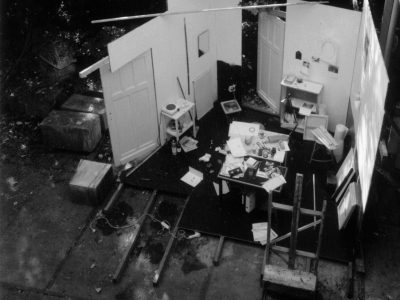