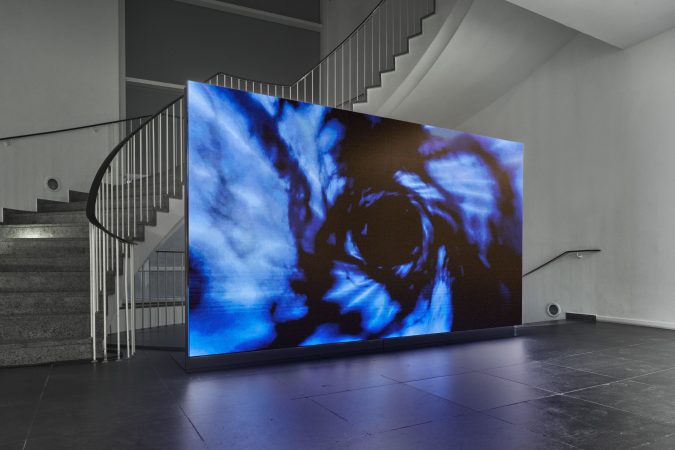 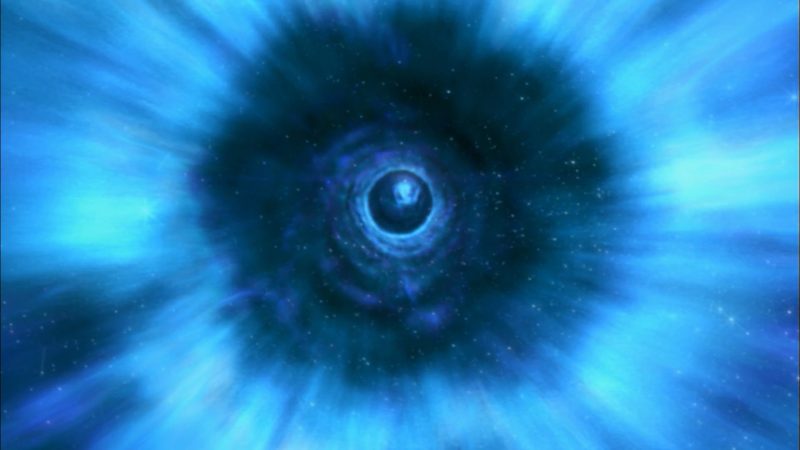 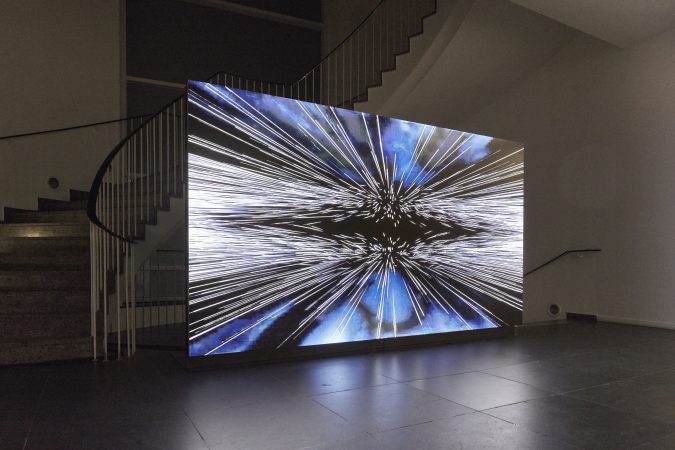 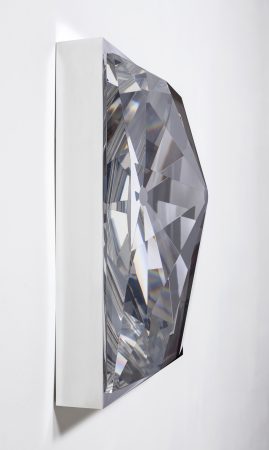 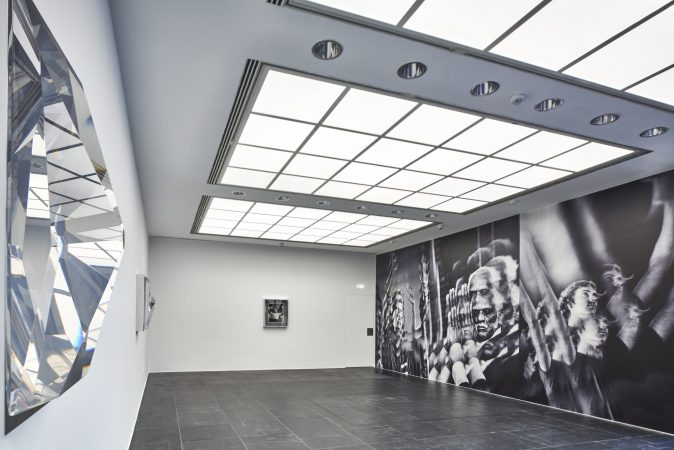 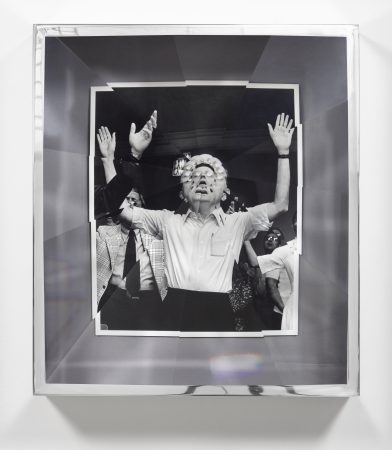 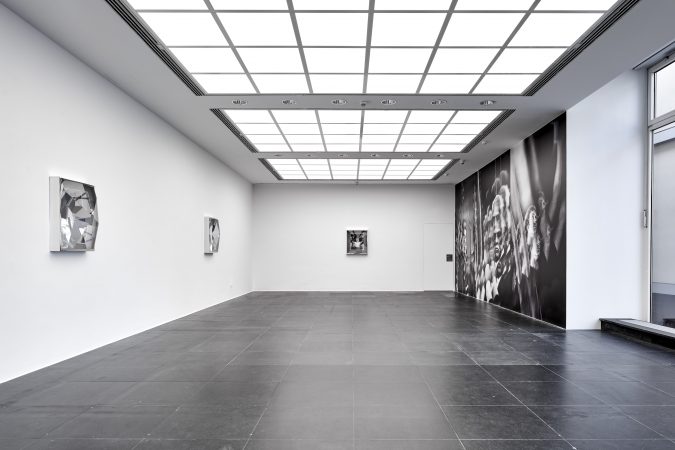 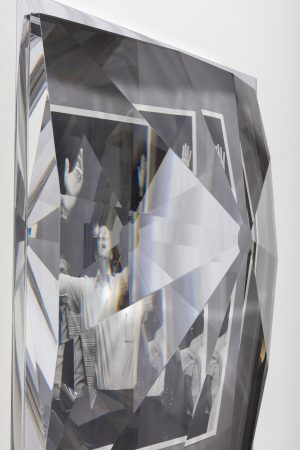 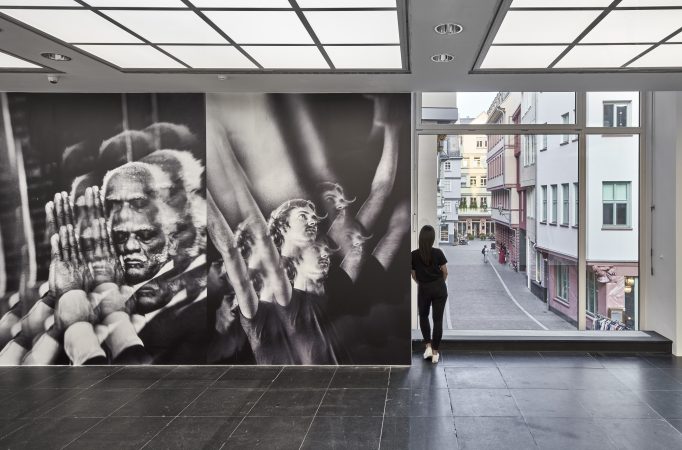 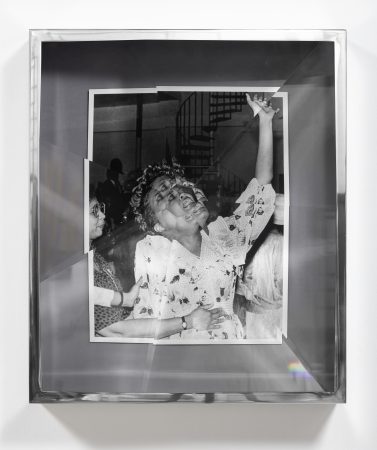 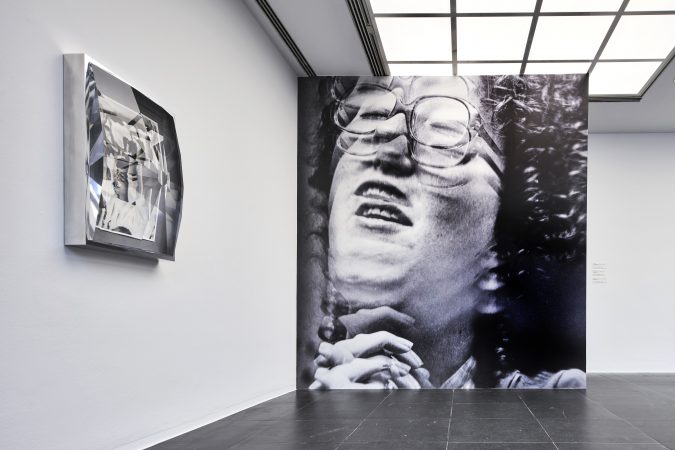 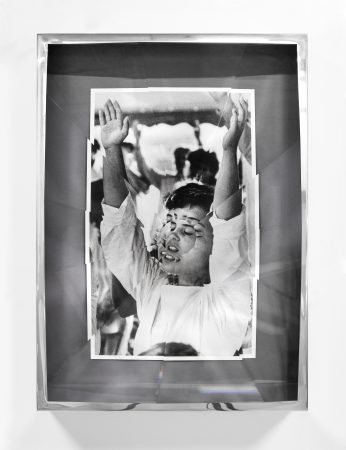 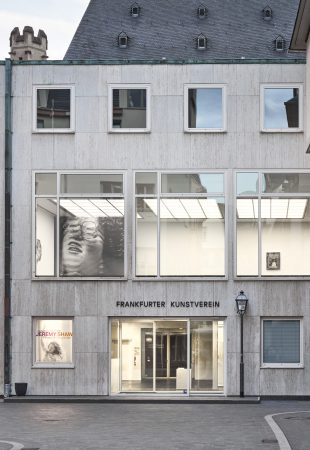 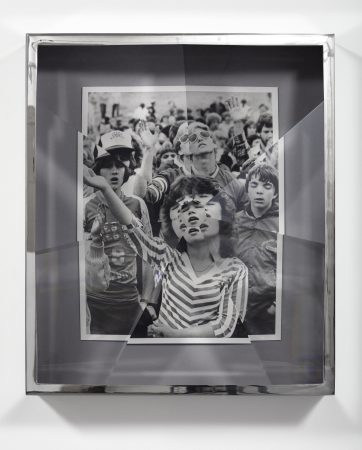 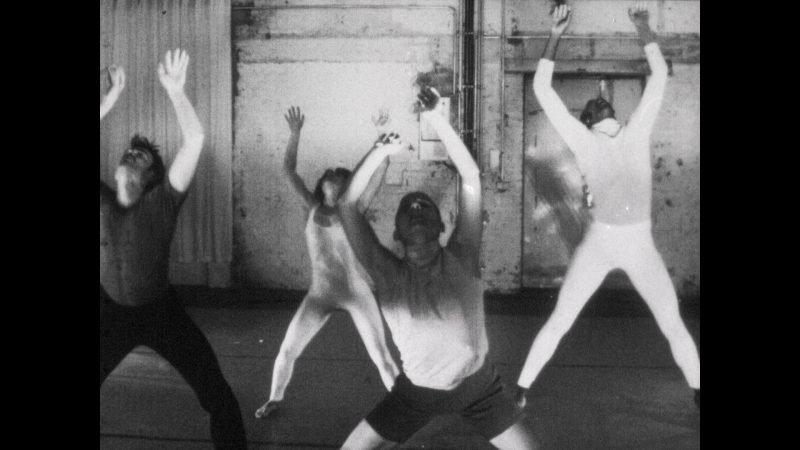 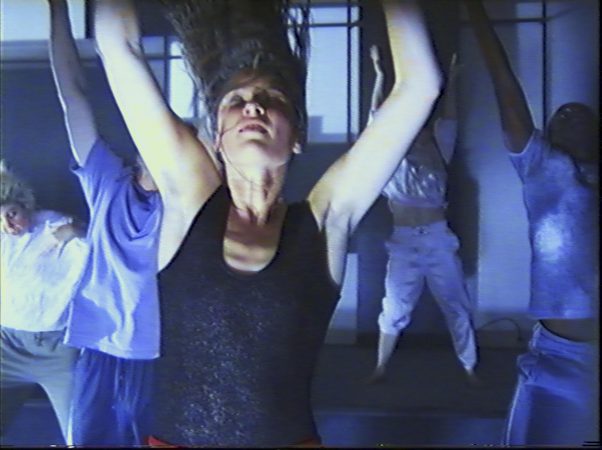 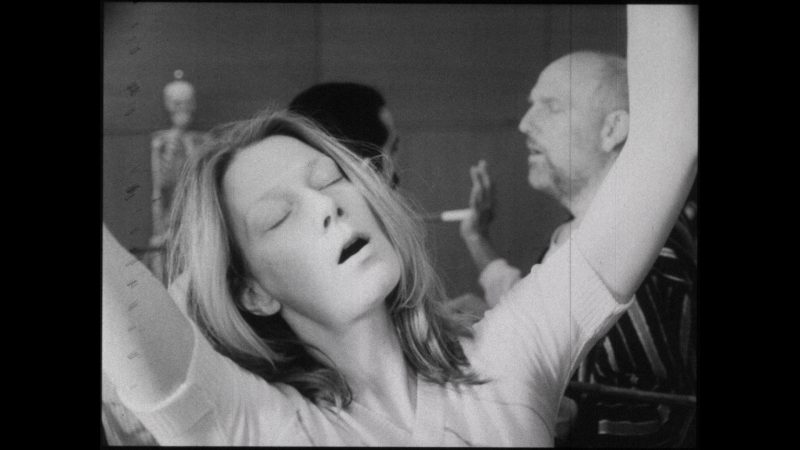 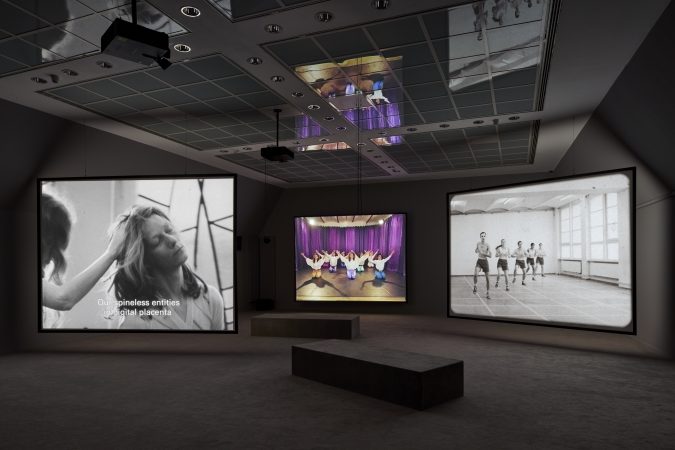 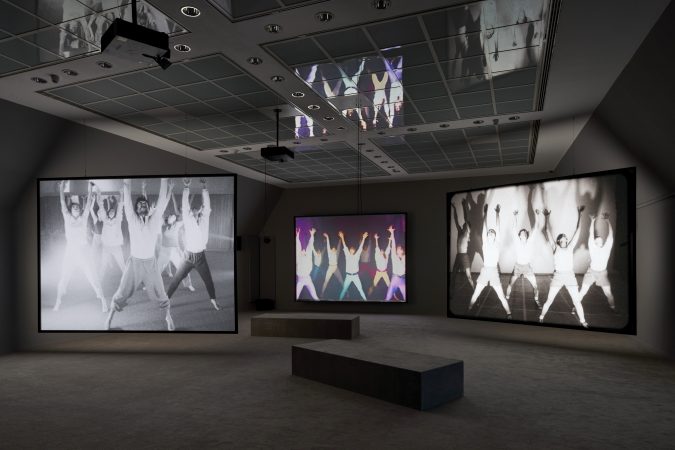 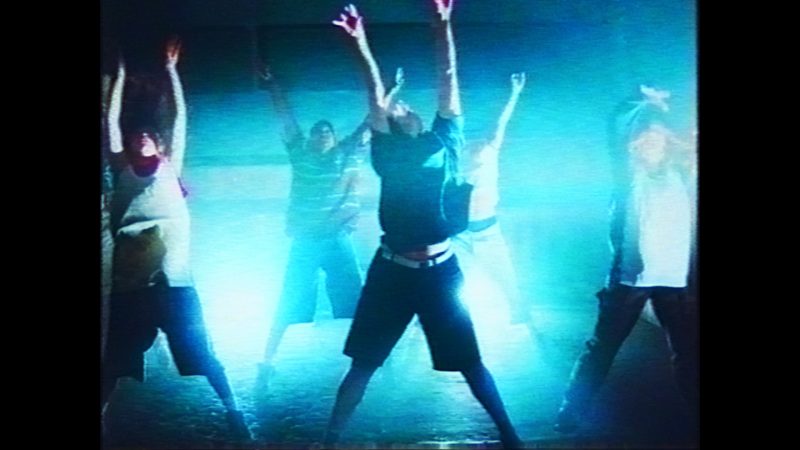 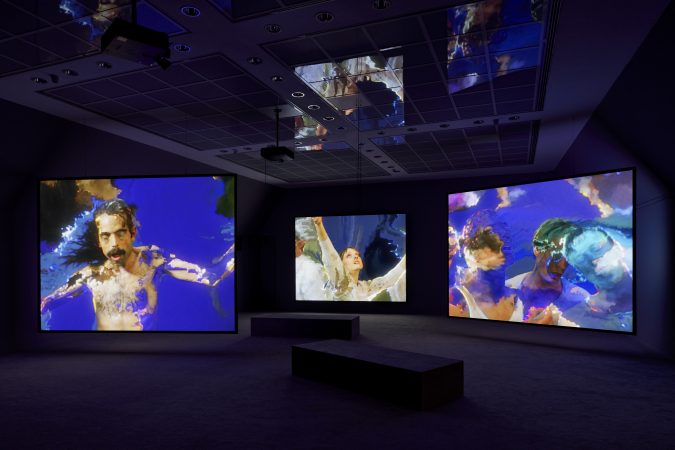 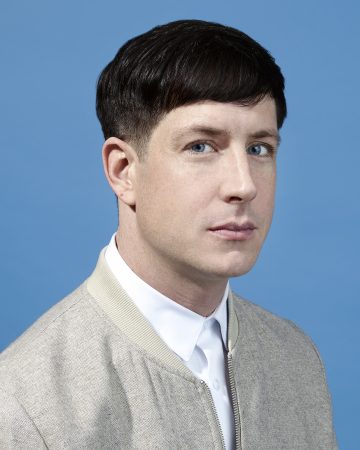 The Frankfurter Kunstverein is pleased to present the German premiere of Canadian artist Jeremy Shaw’s latest and largest production, Phase Shifting Index (2020); a seven channel video installation that extends throughout the entire building.

Jeremy Shaw works in a variety of media to explore altered states and the cultural and scientific practices that seek to map transcendental experiences. He is interested in the human desire to see things not only in a purely cognitive and quantifying way, but to approach the world in a more comprehensive way – beyond the limits of what can be experienced through reason.

Phase Shifting Index was created as a narrative anticipation of future social developments and fictions of possible future scenarios of humanity in the post-human age. The visual material of the seven-channel film, sound and light installation was shot by Shaw in the aesthetics of past recording technologies. People from different eras dance, perform ritual and cathartic movement sequences until a synchronous explosion of color and sound triggers the breakthrough into an unexpected digital transformation, synchronizing everything into a parallel experience of reality. A feeling of the suspension of time is created.

The body is a key in Jeremy Shaw’s work. Through his artistic investigation he combines scientific findings with references to cultural practices in which the transformation of perception takes place through the acting out of bodily movement. Together with Jeremy Shaw, the Frankfurter Kunstverein has developed a unique presentation of Phase Shifting Index, which presents visitors over several floors with a multi-sensorial seven-channel film, sound and light installation in which the perception of the work generates a holistic experience with great physical strength.

Jeremy Shaw (1977 North Vancouver, CA) works in a variety of media to explore altered states and the cultural and scientific practices that aspire to map transcendental experience. Often combining and amplifying strategies of verité filmmaking, conceptual art, music video and scientific research, he creates a post-documentary space in which disparate belief-systems and histories are thrown into an interpretive limbo. Shaw has had solo exhibitions at Centre Pompidou, Paris, MoMA PS1, New York, Schinkel Pavillon, Berlin, and MOCA, Toronto, and been featured in international surveys such as the 57th Venice Biennale and Manifesta 11. Works of Shaw’s are held in public collections worldwide including the Museum of Modern Art, New York, Centre Pompidou, Paris, Tate Modern, London, and Sammlung zeitgenössische Kunst der Bundesrepublik.

Frankfurter Kunstverein presents Phase Shifting Index as part of Canada’s cultural program as Guest of Honor at Frankfurt Book Fair and is supported by the Canada Council for The Arts and the Canadian Government (Canadian Embassy in Berlin).

The work Phase Shifting Index was produced as a cooperation between Frankfurter Kunstverein and Centre Pompidou, Paris, Swiss Institute, New York and Museum of Old and New Art, Tasmania.

The Frankfurter Kunstverein would like to thank KÖNIG GALERIE, Berlin, London and Tokyo.

Frankfurter Kunstverein ist supported continously by the city of Frankfurt.

Kindly supported by Samsung The Wall and Mediativ, Stuttgart.